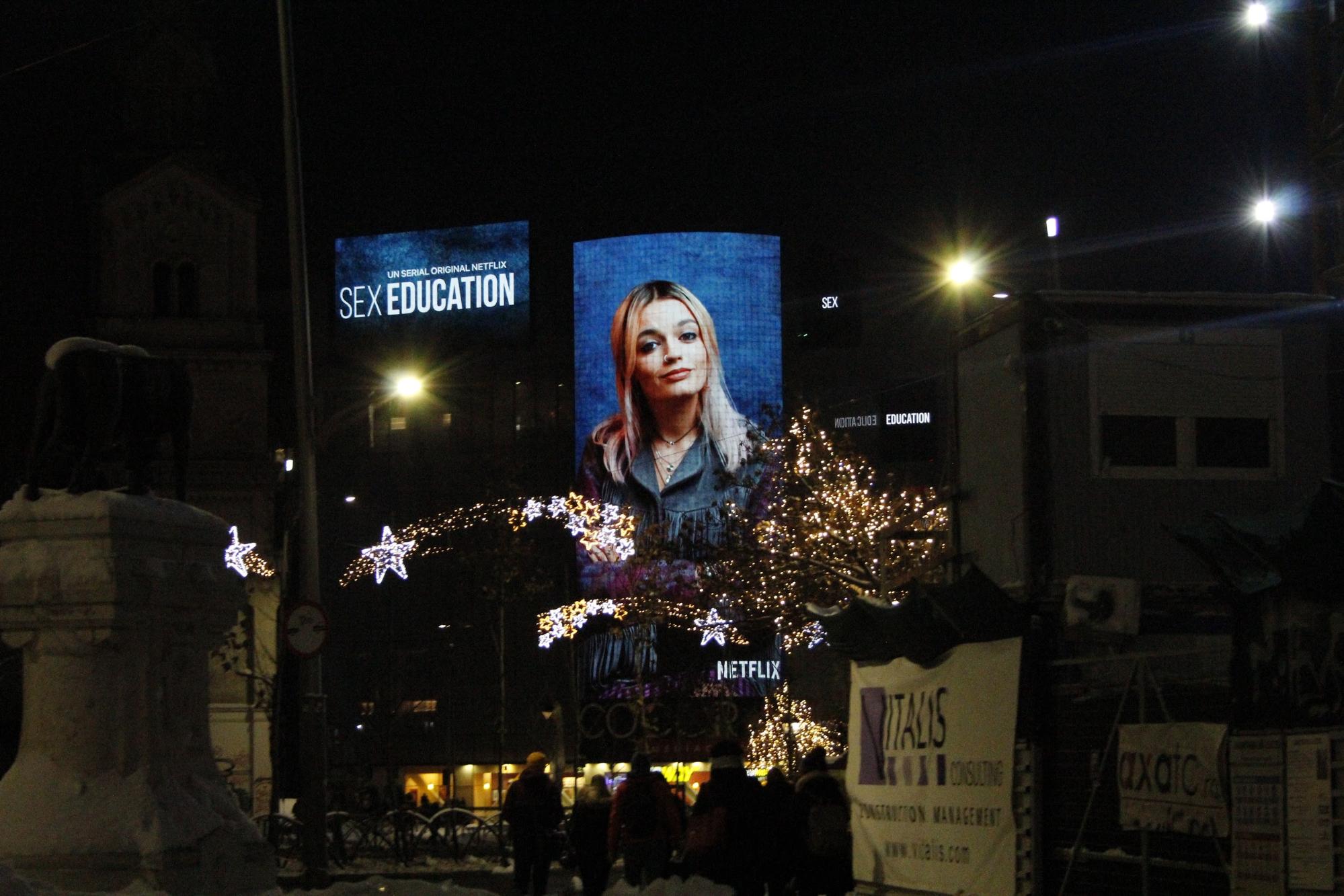 When the British Netflix series “Sex Education” was released in January, I avoided it despite my final week of an extraordinarily long winter break boredom. I figured that it was yet another show created by the Netflix algorithm to lure curious teenagers in with cheap, raunchy tropes about teenage sexuality.

While I can’t say that I was 100 percent incorrect, when I finally got around to watching it, “Sex Education” surprised me, especially in terms of its topic matters, aesthetic and undeniable sincerity.

“Sex Education” featured unexpected shots of gorgeous English forests and dark, wood houses that felt like an episode of “Stranger Things.” The raunchy language and high school angst, on the other hand, made its characters a little less wholesome and a little more like the original cast of “Skins.”

The series shares a certain raunchiness with its middle school counterpart “Big Mouth,” but also appears to be trying hard to be caught up to 2019: there are conversations and conflicts regarding non-binary and transgender identity as well as clinical anxiety issues. Each over-the-top episode involves the meddling of Jean, Otis’ very sexually active mother. For someone who is supposed to be a licensed therapist, she has a frustratingly poor knowledge of personal boundaries. I found her snooping through Otis’ life to be one of the more unrealistic parts of the show and ultimately made her admittedly cool character quite unlikable.

I talked to a couple of my friends who have seen the show and really enjoyed it. Senior Olivia Burke said that she also found Jean’s role to be inappropriate.

“The mom was kind of abusive and manipulative, and she was seen as trustworthy because she was a therapist but a lot of what she did was mental abuse,” Burke said. “The worst part was that she never apologized! It was really really bad.”

Senior Rose Pytte found the show to be over the top, but still representative of a high school and teenage self she knew well.

“I appreciated that it portrays teens as looking actually like teenagers instead of beautiful adults,” Pytte said. “But they weren’t devalued or infantilized. High schoolers can be really wise and brilliant as well as idiots and it portrayed that well.”

Pytte also found it realistic that the teenagers looked to each other for knowledge and advice on sex.

“I remember in high school sex education classes we weren’t taking it very seriously. We knew that it wasn’t the place that we’d actually learn about sex,” Pytte said. “We knew that we would learn most from each other.”

“I think I was freaked out like Otis,” Burke said. “I felt less in tune with my body or socially aware as others.”

Both Burke and Pytte (and I, for that matter) cite Eric’s storyline as one of the reasons for celebrating the show. Eric is an out gay black teenager. Without giving away too many details of the plot, Eric faces bullying, transphobia and racism. Despite the terrible issues he had to face, he becomes a champion of self-love and compassion.

“I like Eric’s plotline because it showed him going through real sh—-t and finding self love again in the context of being queer in high school. That was such a breath of fresh air!” Pytte said.

“Sex Education” is a wacky comedy that isn’t for the faint of heart. If you don’t embarrass easily, I fully endorse watching it to have a laugh or even spark an intimate conversation with your friends (and family if you’re really brave!). But if you’re a little less sexperienced like Otis, you may want to watch the series solo and learn a few tips along the way.