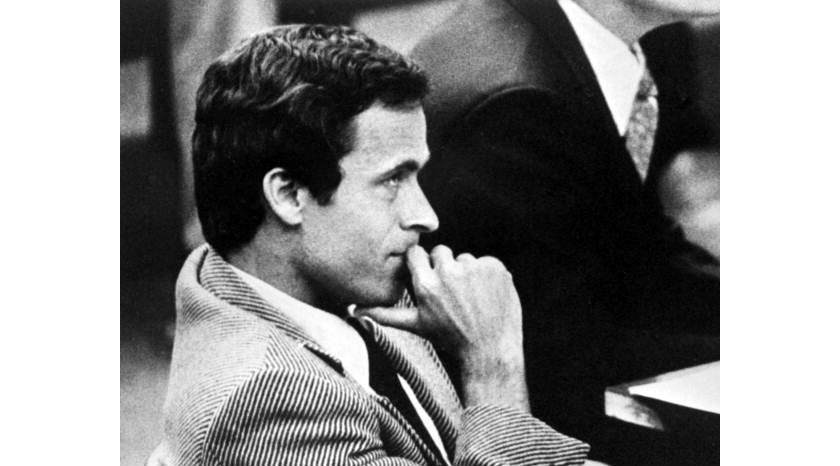 Ted Bundy in court in 1979 — Photo courtesy of Wikimedia Commons

Ted Bundy — we all know him as the infamous serial killer and the first result when you Google “University of Puget Sound notable alumni.”

Recently portrayed by Zac Efron in the semi-biographical crime thriller “Extremely Wicked, Shockingly Evil, and Vile,” Ted Bundy was a prominent serial killer active in the 1970s who is estimated to have killed upwards of 30 women according to news headlines shown in the first episode of the show.

According to “Cannes: Zac Efron to Play Ted Bundy in ‘Extremely Wicked, Shockingly Evil, and Vile,’” an article from the Hollywood Reporter, the upcoming film featuring Efron will narrate the story from the perspective of one of Bundy’s long-term girlfriends, Elizabeth Kloepfer. But “Conversations with a Killer: The Ted Bundy Tapes” takes a very different approach.

The docuseries, created by Joe Berlinger and now available for viewing on Netflix, consists of four episodes that last roughly 50 minutes to an hour each. The show tells the story of the infamous serial killer from start to finish, beginning with his childhood and following him all the way to the electric chair in a Florida prison.

The show is narrated mostly by then-reporters Stephen Michaud and Hugh Aynesworth. Michaud, in an attempt to finally crack into the mind of the infamous killer, conducted an extensive set of taped interviews with Bundy while he awaited his death in Florida’s death row. These taped interviews also serve as a sort of post-mortem narration by Bundy himself.

Prior to watching the series, I had, of course, heard of what Bundy had done and that he had gone to the University of Puget Sound’s law school, now the Seattle University School of Law. One thing revealed in the series is that because he attended the University of Puget Sound’s old law school, he never actually lived in any of the dorms here in Tacoma (although he was indeed mostly raised here). Hopefully that will help some of you sleep a little better at night.

The first thing that really struck me about the miniseries was how normal Bundy appeared. In both the Netflix series and “Extremely Wicked, Shockingly Evil, and Vile,” also directed by Berlinger, the fact that Bundy seemed no different than the average person is a recurring theme.

“What I thought the audio tapes allowed me to do was to really — instead of just talking about it — to really experience the charm and smarts and cleverness of this guy so you could understand how somebody so charming and attractive and smart eluded capture for so long and eluded detection by those closest to him,” Berlinger said in an interview with Thrillist.com.

The second episode of the show is even titled “One of Us,” and, throughout each episode, it is repeated by multiple people who were close to him, such as his mother and former girlfriends, that nobody thought he was anything other than a charming, intelligent, handsome young man.

The second thing that struck me about the show was the aggressive zeal with which Floridians openly called for and embraced Bundy’s eventual execution. The last episode, “Burn Bundy Burn,” lays out the days leading up to Bundy’s execution and explains the multiple appeals that he and his lawyers made to have his sentence switched to life imprisonment.

The last 20 minutes of the episode showcases footage of the hordes of people who descended upon the prison where Bundy was executed. They are shown touting signs inscribed with slogans such as the namesake of the episode, “Burn Bundy Burn.” One man was even shown selling t-shirts with “Tuesday is FryDay” written on them, referencing the fact that Bundy was to be executed by electrocution.

“I was interested that there were a lot of drunken college kids there,” Michaud remarks upon the crowd of people awaiting the completion of the execution.

As an adamant opponent of the death penalty, the crowd of rowdy onlookers excitedly anticipating the death of this individual unnerved me. These people, who were so ready to condemn this killer, were now, in a quintessential example of hypocrisy, avidly condemning him to death and fervently awaiting confirmation of it.

Overall, the mini series started a bit slow, but picked up in the second episode as Bundy’s killing spree kicked off in earnest. It positions the viewer to imagine life in the ’70s and ’80s as these events unfolded on the news and serves as somewhat of a cautionary tale warning of the dangers of the boy next door.