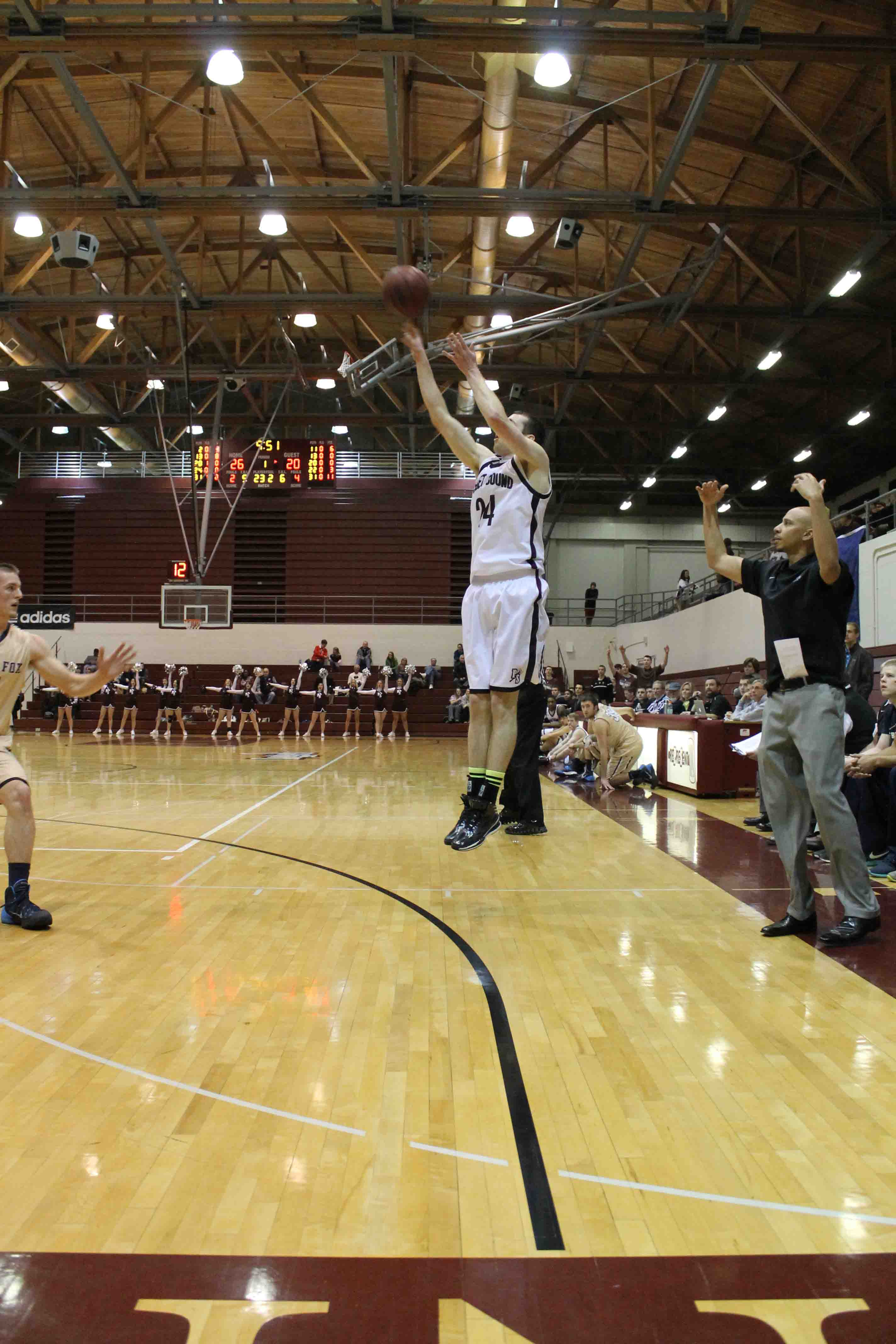 The Loggers men’s basketball team is blazing a trail through the competition, just recently clinching the third seed in the Northwest Conference tournament with a barn burning overtime victory against George Fox on Friday 115-112.

With the Loggers sustaining losses only from teams with better records than them, they look to make some noise in the upcoming tournament.

The game seemed to be concluding normally, with the Loggers holding an eight point lead with just over a minute left in the fourth quarter, but the Bruins were not done fighting yet.

The away team proceeded to rattle off four consecutive three-point shots to tie the game that seemed so well in hand for the Loggers.

The Loggers continued to fight in overtime, with senior Dan Cheledinas (Seattle, Wash.) scoring a layup and a free throw from a foul on the shot to keep the Loggers above the Bruins in the first overtime.

Senior Rex Nelson (Enumclaw, Wash.) and junior Nick Holden (Pasadena, Calif.) both provided buckets for the Loggers to bring their lead to 101-98.

The game was still very close, but the Loggers were able to gain some breathing room, extending their lead to six with 1:26 left with another finish by Holden and two more free throws from Cheledinas.

The Bruins continued to fight, sinking two three-point shots and two free throws, but the Loggers wouldn’t let the Bruins escape their Memorial Fieldhouse with a win.

Sophomore Matt Reid (Olympia, Wash.) contributed with two free throws, keeping the Logger lead at five points. The Bruins looked to get back in the fight again after they forced a Logger turnover, but Holden grabbed the rebound and kept the Loggers from falling behind.

Holden was fouled and made both shots to extend the Logger lead back to four. Cheledinas followed suit of his junior teammate, grabbing a defensive rebound and two free throws to bring the Logger lead to six points with 20 seconds to go.

Nelson put the game away for the Loggers as he followed two free throws from the Bruins with two of his own, bringing the home team out of range of any comeback from the visiting Bruins.

The game appeared close the whole time but the Loggers never relinquished the lead from the visitors in 65 minutes. Scoring 115 is something that a Logger men’s basketball team has not done in six years in terms of offensive production.

Junior Erin Barber (Puyallup, Wash.) led the Loggers in scoring with 26 points, although teammates Nelson and Cheledinas were hot on his tail with 25 points each.

Three Loggers achieved double-doubles with Barber picking up 11 rebounds to go with 26 points while both Nelson and Cheledinas had ten rebounds a piece.

The Loggers improved to 10-5 with the win on Friday and also picked up the third place seed in the Northwest Conference tournament. The only team that could catch the Logger 10-5 record by the end of the season is Lewis and Clark but the Loggers swept that series, so there was no way for them to overtake the Loggers.

The Loggers close their regular season on Saturday, Feb. 22 at 8:00 p.m. versus Pacific University in the Memorial Fieldhouse.

The program will honor the graduating seniors for the time and effort they put into their tenure with the team.