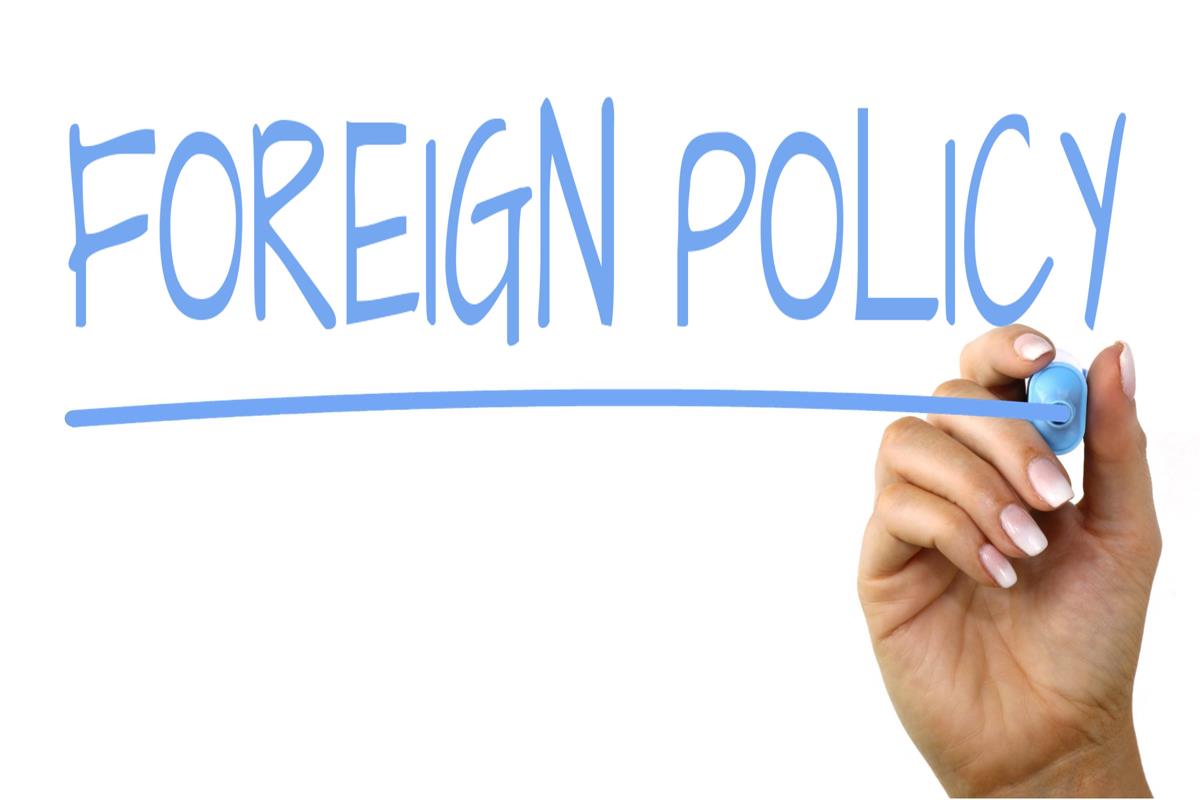 “In many respects, the NGOs are doing what governments are unable or unwilling to do,” Professor Bruce Jentleson said in his Feb. 7 lecture.

Jentleson, currently a professor at Duke University and formerly a senior advisor in the U.S. State Department, presented in Trimble Forum on how America’s power and policies guide foreign policy and can lead to more harm than good.

Although the lecture was targeted to individuals with an interest in politics, there was a diverse audience.

An interview with Sierra Pangilinan, a first-year majoring in biology, showed how important it is for people from all areas of academics to learn about policy and decision-making.

“I thought it was very educational,” Pangilinan said. “I came here to try to learn more about people’s standing on foreign policy.”

The purpose of the lecture was to explore how America’s need for power can lend itself to undemocratic pursuits of that power.

Jentleson discussed how America needs to understand and balance its need for power and the democratic principles America holds so dear.

He, however, talked about how principles and power have had dire consequences when America has intervened abroad.

Jentleson traced some of the issues with American foreign policy back to John Winthrop.

“This is the origin of American exceptionalism,” he said about Winthrop’s sermon called “The City Upon a Hill.”

American exceptionalism is a term used to describe the belief that because of its form of democracy, the United States is “exceptional.”

This sermon was used by Winthrop to justify colonization in America. As an extension, Jentleson believes this same logic was applicable to America’s interference in foreign affairs.

Jentleson dissected his timeline into three parts: before, during and after the Cold War. It was through the events on this timeline that he showed how choosing policy or power can have negative effects.

“The issues that involve democracy and human rights are at least as present today as they have been in any period in the history of American foreign policy,” Jentleson said.

When Jentleson talked about America’s foreign policy before the Cold War, he made a note of the Spanish-American War, specifically America’s influence on Cuba with the Platt Amendment.

“It granted us ‘the right to intervene for the preservation of Cuban independence, the maintenance of a government adequate for protection for life, property, and individual liberty,’” he noted of the Platt Amendment.

It was America’s interference in foreign affairs, on the grounds of democratic principles, that gave rise to Fidel Castro.

When talking about the Cold War, Jentleson mentioned how many decisions were made to show American dominance over the Soviet Union.

A foreign policy based on power had similar repercussions to a policy based on principles. When decisions were made to showcase American superiority, people suffered. Power, winning out over principles let rulers oppress their people.

“He may oppress his own people but as long as he sides with us in the Cold War, that’s okay,” Jetleson said about America’s policy during this time.

This policy led to American endorsement of individuals who continuously oppressed their own people, because it meant that the Soviet Union would have one less ally.

Following the events of the Cold War, Jentleson discussed the post-9/11 world.

“When President George W. Bush launched the war on terrorism Bush said ‘this was not only a matter of security but also a war against pro-evil, the fight of all who believe in progress, pluralism, tolerance and freedom,’” Jentleson said.

This justification falls in line with America’s so-called principles of democracy but cost many Iraqi people their lives.

To finish up his talk, Jentleson said there are four things that America needs to do for a foreign policy that both aligns with democratic principles and demonstrates power.

First, America must “practice what we preach,” he said.

If America is to be the torchbearer of democracy, it must start at home.

Second, he said, we can’t endorse people who oppress their own people.

Third, if America wants to create democracy abroad it must be done diplomatically.

Finally, he said, “principles can’t be the highest priority in every situation.”