The Trail
HomeCombat ZoneStudent searching in vain for “organic relationship,” whatever that means
Combat Zone

In a shocking declaration that has shaken the  fragile social structure of Stadium High school, sources in Mr. Bryant’s 3rd period study hall reported last Friday that Jessica Lassiter will date jocks, goths or just about anyone as long as the relationship forms organically.

In the wake of the devastating revelation, students have been left puzzled and panicked as they speculate what the hell organic means.

“Most people here think organic means a friendship has to be formed before any romantic feeling can develop,” cool kid Eric Stevens told The Flail.

“This theory has caused a lot anxiety for friends of Jessica, as just having a good time with her now might mean she is slowly falling in love with you. Her closest friends won’t even talk to her. They don’t want to be made into some sick sex/friend love hybrid.”

“The biggest issue is that we simply don’t know which friend she is attracted to,” stated ex best friend of Jessica Dinkarooni.

“Most of us at least fantasize about dating one person at any given time so with her it’s like who is it? Who have you been deceiving this whole time? Which one of us is going to have to ruin what they have with her just to date her for ten months?”

However, speculation on what exactly organic means did not stop there.

Students have offered other definitions ranging from someone who has not had any shots to simply taking her on a lot of dates to the woods.

“The problem is the word organic is too vague,” freshman Henry Stern said.

“I think it means she wants the relationship to be natural. So does that mean I have to perform a mating dance just to ask her out?”

A petition has been gaining wide support across to school to solve the vague choice of words by Jessica by asking her to clarify that, if she did intend organic to mean natural, what type of natural relationship would she want.

“Does she want relationships like a penguin where they are together for life and return to the same Denny’s to mate every year? Or is she like some spiders, where she wants to eat the mate after sex? She could at least clarify if she wants to date for any reason other than procreation,” Dinkarooni complained.

Sex Ed teacher Mrs. Thomas even went so far as to talk to Jessica after hearing about her desire for an organic relationship in high school.

“She is just blossoming into a beautiful young girl and she still doesn’t completely understand sex yet. It’s not surprising that she thinks relationships happen naturally, without any effort, and that the stork exists. I told her she didn’t have to explain herself but that she probably won’t feel that way after Sex Ed next semester. After all, using effective birth control or making sure your partner has been tested for an STD needs to be a very deliberate action,” Mrs. Thomas concluded. 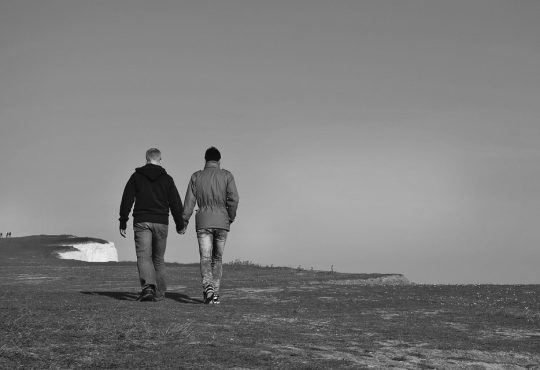