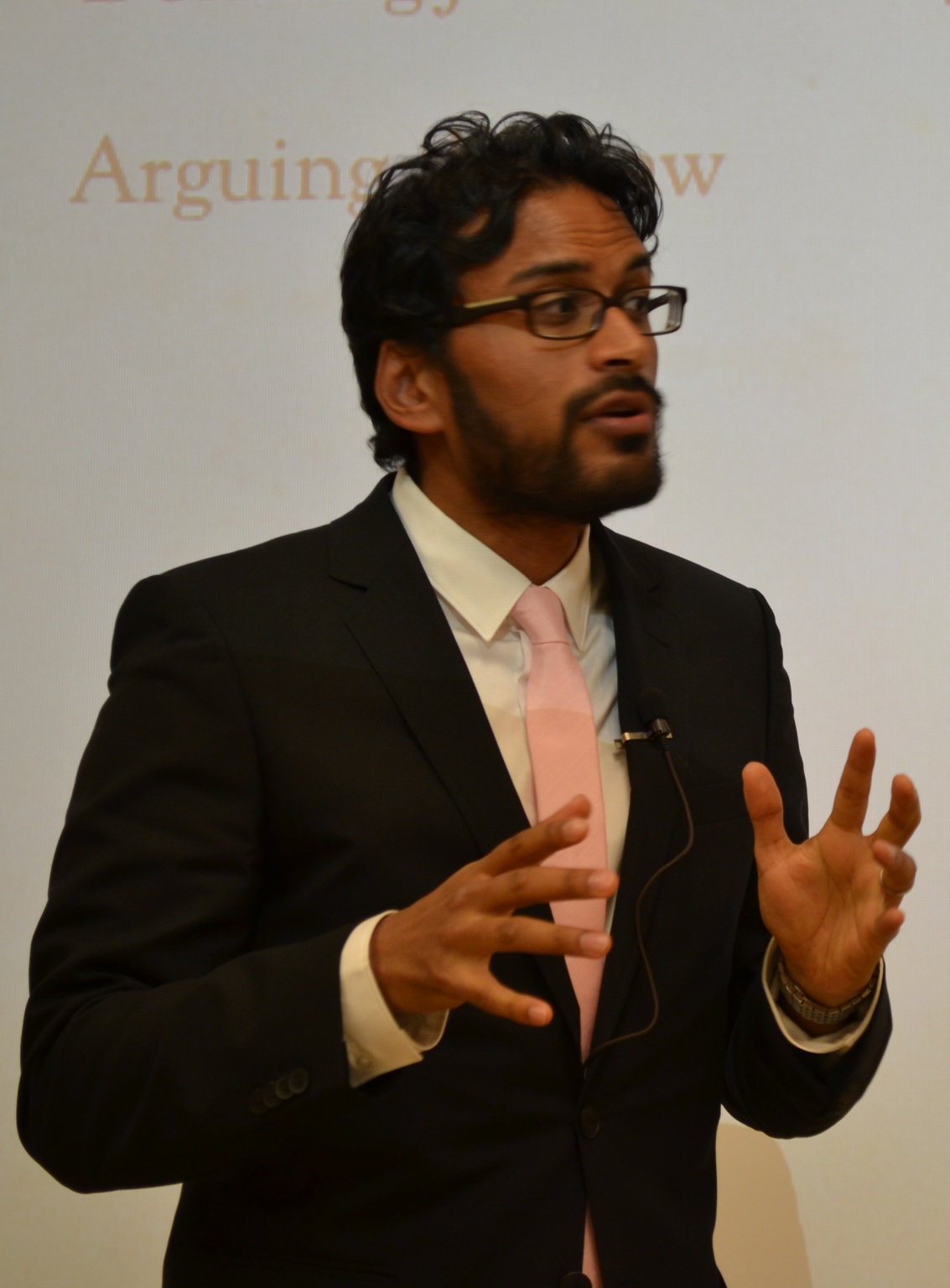 To Americans, torture is a topic of interest. This is what Dr. Rumee Ahmed, professor of Islamic law at the University of British Columbia, pointed out in his lecture “The Lash is Mightier Than the Sword: Torture in Islamic Legal Thought” on Thursday, Oct. 4.

Every chair in Wyatt 101 was filled with people of all ages, eager to learn more about this tantalizingly controversial issue. Rather than taking a position on the morality of torture in Islam, Ahmed provided a historical and cultural background for Islamic thought on torture and helped his audience understand the thought process behind the justification of such an act.

Professor Matthew Ingalls, who helped bring Ahmed to Puget Sound, noted the importance of this lecture. “Dr. Ahmed’s talk touched upon many thematic issues of critical importance to a liberal arts education, including wrestling with scriptural authority, the status of tradition, textual hermeneutics and the violence of modernity,” Ingalls said.

Ahmed began his lecture with the history of thought on torture in Islam, starting with the Quran, the central Islamic religious text. He said that there is plenty of torture in the Quran, but it all occurs in the afterlife and it is viewed as punishment. “However,” he said, “the word for torture in this world doesn’t really show up a lot in the Quran besides one potential verse.”

In fact, he pointed out that when medieval Muslim scholars were looking back on religious texts, they used the same word to describe torture in this world that was used to describe hellfire, except they modified the phrase to mean “super punishment.”

“It’s like torture in this world is worse than hellfire,” Ahmed said. This idea was the basis of the title of his lecture because in pre-modern Islamic thought, torture (the lash) is viewed as much worse than death (the sword).

“Something happened around the 19th and 20th century that changed the conversation about torture completely from it being the worst thing ever to being not so bad,” Ahmed explained. Ahmed claimed that today, Islamic scholars “take myth and superimpose it onto reality.”

He said the myth is that the pre-modern Muslim Empire was unified and all-powerful with perfect law. “Legal scholars weren’t legislating laws in the way the Congress and the senate legislates laws today,” Ahmed said.

He said that one of the aspects of this perfectly fabricated law was that people fit nicely into categories and that each category (Muslim, non-Muslim, etc.) had its own unique set of laws.

However, prisoners of war did not fit into any of these categories, so it was desirable to place them into a category as soon as possible in order to know how to govern them. Ahmed claimed that today, most people don’t understand this historical background.

Camille Chapin, a Religion major, recognized the importance of understanding the history of the issue. “We have to fragment together these things that we have in our history but don’t necessarily know; we have to figure out how they fit together and how the world worked… the things [Ahmed] was talking about specifically are really misunderstood in our culture,” Chapin said.

“I think that Islam is something that we discuss a lot, and there are a lot of misconceptions about the religion of Islam in general. He definitely clarified a lot of things about the nature of Islamic law for me,” student Jillian Zeidner said.

Ahmed’s lecture encouraged students to seek to understand other cultures and to embrace the power of being well-informed about any position they choose to take.