University of Missouri (Mizzou), UCLA, Yale, Arizona State University, University of Oklahoma and Lewis & Clark College are among the many campuses which have recently been sites of racial tension and student protests.

The Mizzou student group Concerned Student 1950, named after the year the first black student was admitted to the university, stopped a homecoming parade on Oct. 10 to voice their concerns of racism on campus. Cell phone footage from the parade showed the car carrying Mizzou president Tim Wolfe bumping into the protestors as they chanted.

On Oct. 24, a residence hall was defaced with a swastika drawn using feces according to The New York Times.

Two days later, Concerned Student 1950 held a private meeting with Wolfe to discuss race-related issues, according to The Missourian. The group then issued a list of demands for the university, including the resignation of president Wolfe. Students across the country stood in solidarity with the threatened students on social media with tags #ConcernedStudent1950 and #PrayForMizzou.

“We are proud of the students who have been speaking out against the institutional racism at Mizzou,” Black Student Union (BSU) president Rachel Askew said. “What impressed us most was the hunger strike.”

Mizzou graduate student Jonathan Butler publicly went on hunger strike from the time he sent his letter of demands to Mizzou’s Board of Curators on Nov. 2, until Nov. 9 when then president Wolfe resigned, documenting the protest on his widely-followed Twitter account.

In an interview with CNN, Butler described how he updated his will and signed a do-not-resuscitate order in the event of starvation.

“A lot of people know how corrupt the system is and thought I would die from day one—from the moment I made my announcement,” Butler said. “People thought I was a dead man walking.”

In addition to Butler’s hunger strike, the Mizzou football team refused to play a game until Wolfe resigned. According to The New York Times, Mizzou would have lost around $1 million just for forfeiting that week’s game against Brigham Young University.

“What was starting to become clear was the frustration and anger was evident, and it was something that needed to be done that was immediate and substantial for us to heal,” Wolfe said at a press conference on Nov. 9 where he announced his resignation.

“I was on Twitter looking at what those students at Mizzou were going through, and my heart started to break for them,” Askew said. “Some students were being followed home and harassed, some were being threatened. The events at Mizzou obviously warranted some kind of response from other universities and institutions.”

Lewis & Clark College in Portland, Oregon became another site of violence when, according to the Portland Police Bureau, a black student was assaulted on campus by three white males on Nov. 21, though it is unclear whether the attack was related to the Yik Yak posts earlier in the week suggesting that slavery be brought back. That same night, the college reported that a transgender student was also assaulted on campus.

Bringing the issue even closer to Puget Sound, on Nov. 24 the president of Western Washington University in Bellingham, Washington cancelled classes following threats of violence directed at students of color on Yik Yak, issuing a statement calling those publicizing the threats “trolls and lowlifes.” Days later, Western Washington University Police Department arrested student Tysen Campbell, 19 on “suspicion of Malicious Harrasment, a felony,” according to the department’s website.

Because of an editing error, this article previously misstated that the Black Lives Matter movement began in Ferguson, Missouri. This has since been corrected to reflect the fact that it began in Florida. The Trail regrets this error. 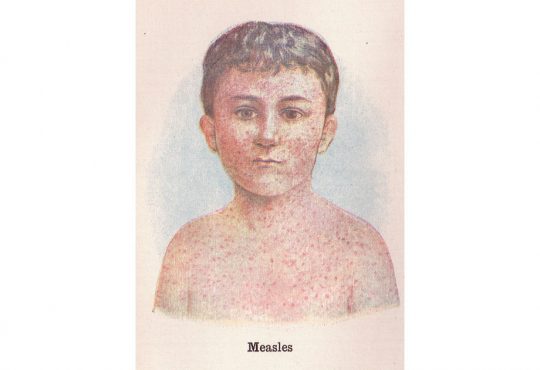