The Trail
HomeOpinionsWe’re not there yet: The truth behind recent attacks against LGBTQ+ folks
Opinions

While many think of Portland as a liberal haven, the recent attacks show otherwise. This progressive city is only as safe as its most vulnerable members — Photo courtesy of Wikimedia Commons

Throughout February, my Facebook feed was filled with reposts warning LGBTQ+ folks to be careful, especially in the Portland area, following numerous attacks. These attacks have been reported on minimally by the media; only a handful of articles have been published. The articles that have been published were done by smaller news companies that have a focus on LGBTQ+ issues. This lack of reporting speaks to a larger issue that has been and continues to occur: attacks on LGBTQ+ folks at a disproportionately high rate.

The February attacks in Portland included an attack on a transgender woman as well as one on a lesbian couple. According to tweets from the activist group Pacific Northwest Anti-Fascist workers collective, there were two attacks in Portland on Feb. 13 and a total of three attacks within that week.

I had friends posting warnings extending into Seattle about these attacks. According to one of these postings, there was an alt-right and Proud Boys rally at UW and LGBTQ+ people were a potential target for violence.

It is frustrating that there is next to no media coverage of this because it makes it harder to substantiate what has happened and prevent future attacks. But we live in a society where LGBTQ+ folks are targeted, especially transgender women and people of color.

When the media refuses to report on these issues, we have no choice but to take the steps to make sure that people know what is happening so we can protect ourselves and each other. Social media allows us to share these vents when the mass media refuses to.

Unfortunately, without mass media coverage it is harder to get actual substantial action taken to prevent future attacks. Mass media reporting puts pressure on police departments and the government to find and prosecute people who are perpetuating these crimes. Mass media attention raises awareness of these attacks. Mass media also can influence how we view people, groups and issues. The mass media is failing the LGBTQ+ community. Until this changes there will be no substantive changes made.

So, LGBTQ+ folks, continue using social media to share about attacks and safety plans. Use social media to discuss issues affecting our community. Make your voices heard. If the mass media and government will not protect us, we have to protect ourselves.

Go beyond the realms of social media. Turn up to protests and rallies. Support organizations that are reporting on these issues. Talk to your family and friends about violence against LGBTQ+ people, especially transgender people and people of color. We are not going to let the hatred we are currently seeing continue.

Be ready to fight for yourself and each other. We have to work together to stay safe and present violence and hatred in all its forms. Together, we can create a better world. 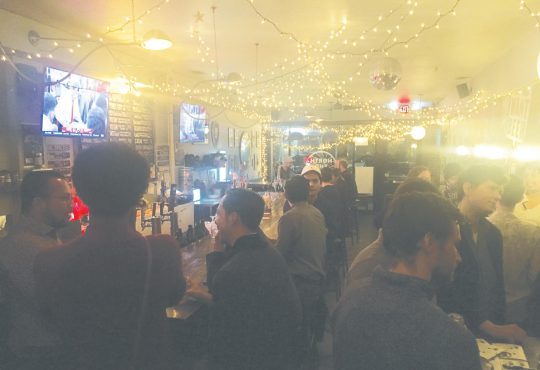 Out and about: Rainbow Center launches new program for LGBTQ professionals