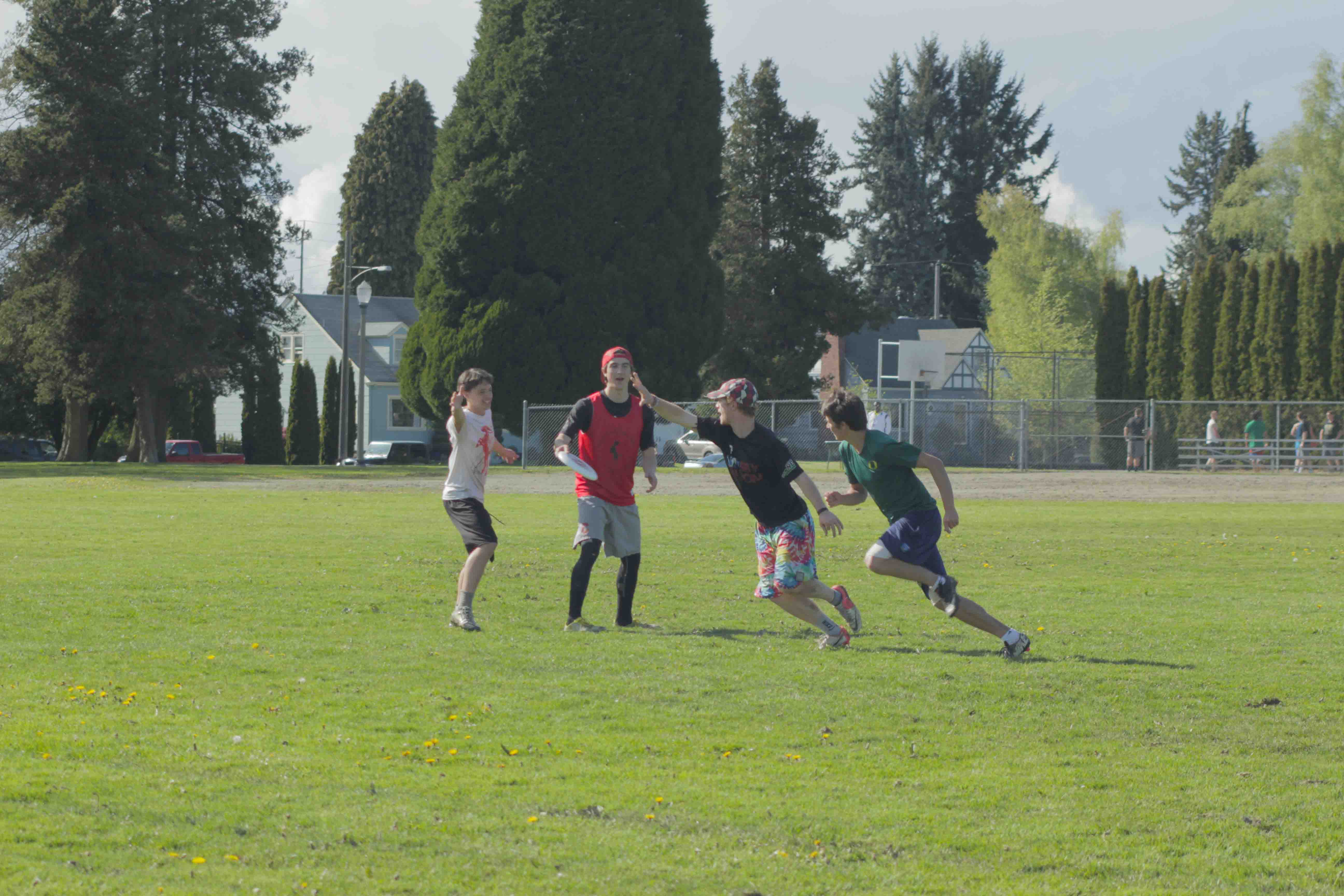 Both the Logger men’s and women’s Ultimate Frisbee teams emerged at the top of their DIII regions on April 14.
The Postmen—Puget Sound’s men’s Ultimate Frisbee team—made a confident call before their DIII regional tournament by announcing that they would be chasing a DI national tournament bid instead of the DIII national bid.
Ranked number one in the most current DIII power polls by Ultiworld.com, the team was nothing if not favored for the national bid from the northwest region.
Even when chasing the DI bid, they would have to reach the finals of DIII region to earn a bid to the DI tournament. With the Postmen gone from their home-away-from-home at DIII nationals, the bid was left wide open to the rest of the DIII region.
Even having announced that they were bidding for the DI tournament, the Postmen found themselves in some tough games throughout the DIII regional tournament.
The first game for the Postmen in the fight for a DI bid was against crosstown rivals Pacific Lutheran University.
The Regin looked impressive as they forced the Postmen to score back-to-back game points in order to take the match.
Next up for the Loggers was Lewis and Clark.
The Bacchus looked to stifle the Postmen’s hopes of a DI bid as they held a three-point lead at 9-12 late in the game before the Postmen turned on the afterburners and scored five straight points to win the game at 14-12.
The Postmen hit their stride again in the game against Bacchus, winning by a comfortable margin in the final game of the DIII regional tournament which would send the Postmen to compete in DI regionals on the weekend of May 2-3.
“We are playing DI schools in a big tournament! Pretty cool!” junior Postman Alan Henzy said in an interview the week after they won the DIII region.
Where the Postmen were used to tournament success in recent years, the Puget Sound women’s Ultimate Frisbee team, Clearcut, won their first regionals this year.
With a perfect 5-0 record on the weekend, Clearcut earned themselves a bid to DIII nationals this year.
“It was a pretty emotional last game, it meant a lot to the seniors who have seen this program grow and develop significantly over the past few years, and it was exciting and promising for those who will still be on the team in the coming years,” Clearcut player Kirsten Fahlbusch said in a post-game interview.
Clearcut also crossed paths with their rivals at Pacific Lutheran University, but this time it was in the finals where Clearcut earned victory by a score of 14-8.
“It was great being able to play PLU in the final and have the Tacoma frisbee community represented, and especially since they are always an enjoyable team to play against,” Fahlbusch commented about the match.
Eight of Clearcut’s players have been nominated for DIII all-region teams this year, a decision that will be made on May 16, according to Fahlbusch.
The Postmen look to face off against the best of the best at DI regionals this weekend and Clearcut takes on the other qualifiers from DIII in Women’s DIII nationals on May 17-18.