Women’s basketball ends season with big win against Pacific, but a tragic loss to George Fox 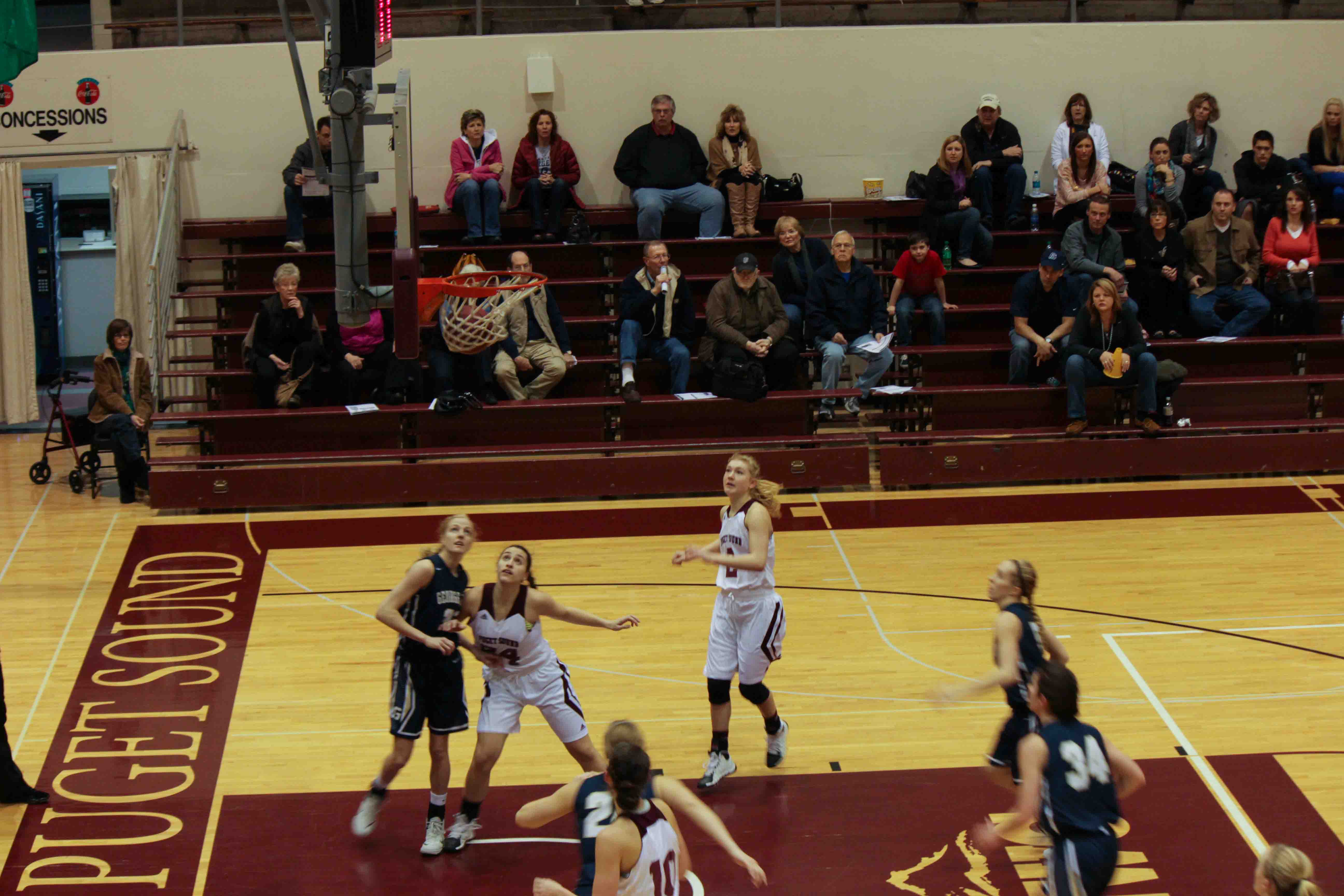 Winding down the arduous six month season, the Loggers faced two challenging games this past weekend: the George Fox Bruins (ranked second in the conference) and the Pacific University Boxers.

Prior to the Bruin-Logger dual Friday night Taylor Jones stated that she was excited for her team.

“We have not been in this position for a few years in terms of being able to control how we’ll end up. Normally it’s based upon other teams’ performances,”  the senior captain (Keizer, Ore.) said.

The two weekend games were essential in the continuation of the Loggers’ postseason.

If the team were to have won both games, they would have traveled to Walla Walla in eastern Washington to play Whitman College, who are currently ranked second in the national with a record of 24:0.

“Being the underdog gives us the best position; we have nothing to lose. We’ve played them twice before.

I hope we can be the team to give them the first loss of their season. I’m confident that if we play to our potential, we could clench a win from them,” Jones said.

If the Loggers had won both games this weekend against George Fox and Pacific, they would continue to play Whitman, and if they would win this game, they would progress to the Northwest conference championship, playing the winner of the George Fox-Whitworth game.

This would be the first time in four years the team would go to the championships.

Unfortunately, this is not the case this season.

It is the hope, though, that the young and determined team will, next season, prevail and overcome their toughest challengers.

Concluding the weekend with a 9:7 record, the women’s basketball team fought to the end this Friday night against George Fox.

The first half was rough, leaving the Loggers 16 points behind the Bruins with a score of 41:25.

The ball control was rather even, one Puget Sound student named Tyson West claimed, but the Lady Loggers were simply not finishing their shots.

Though the half time score may have seemed daunting, the Loggers were able to tie the score through the second half, but were in hold of the strong Bruins through the end.

Giving it their all, the Loggers fell 13 points behind the Bruins with a final score of 74:61.

Redeeming their conference standing Saturday night, the Loggers played the Pacific Boxers at home, winning 84:61, a 23-point final lead and coming back with vengeance.

Their cohesive playing ability brought them to success against the Boxers.

What got the Loggers going was their dominance in the first half. They completely took over the offensive and defensive side of the ball.

With a 14 point lead going into halftime, the Loggers would just have to maintain the pressure in order to win the game in the second half.

Though the team closed Saturday night with almost an equal number of wins and losses, the record makes no statement upon the Loggers’ progress this season.

“The team has a much more competitive mindset than in the past,” Jones said. “We’re much more mature in terms of how many times we’ve faced adversity.”

With 17 total players, two seniors, six juniors, three sophomores and six freshmen, the team is very young and expects a successful future with the great potential of the underclassmen dominated team.

Even with an imperfect ending to their season, the Loggers have a promising future.

“Throughout the season we’ve really grown as a unit. Next season we need to start at a higher bar and go higher, exceed our goals,” junior captain Amanda Forshay (Moraga, Calif.) said.