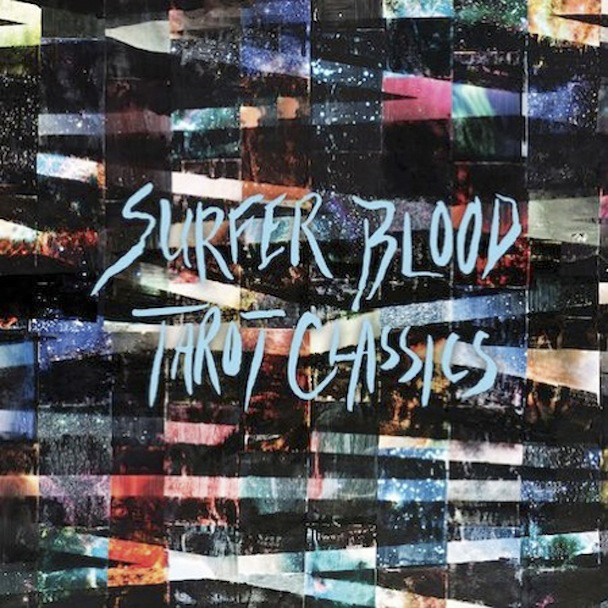 Surfer Blood manages to avoid the sophomore slump, coming off strong from their previous "Astro Coast" with the new "Tarot Classics".

2010 was the year that music took one long trip to the beach. Personally, I enjoyed it. There’s nothing like never-ending summer playing in your ears during Tacoma’s long, wet winters.

However, as the newest wave of surf rockers make their assent into sophomore album territory, one must ask: Is it possible for these bands to make fresh and exciting music while still staying true to their sunny sounds?

Surfer Blood, of the acclaimed “Astro Coast” album, responds to the above question with an enthusiastic YES. Their latest EP, “ Tarot Classics,” is a fine mix of their old surf pop tricks and a newfound sense of musical maturity.

The first track, “ I’m Not Ready,” is by far the closest tune to “Astro Coast” on the album. It would fit in nicely next to a song like “Floating Vibes.” Frontman John Paul Pitts brings out his best snark-rock croon and the rest of the band plays like the sun is never going to set on their beach.

In a few words, this track is young, fast, and familiar. The band has been playing it on tour for a while now, so it is no surprise that it stands apart from the rest of this record.

After ‘I’m Not Ready,” the next three tracks sound like completely different animals. “Miranda” still sounds like classic Surfer Blood, but the musical arrangement is tighter. There is also a subtle shift from flakey pop tones to more of a garage rock vibe. This is still surf rock, but there is less fluff and more substance.

In the best possible way, Surfer Blood throws listeners a curve ball with “ Voyager Reprise.” The track starts with eerie experimental noises, a good sign that the band is expanding beyond their comfort zone, which develop into the perfect mix of lighthearted melancholy. That sounds like a contradiction, but the ability to harness that sound is one of the band’s greatest strengths.

Though they do not leave the surf rock genre entirely with this track, there is a transition present. Instead of falling into a pop-rock black hole, Surfer Blood is pushing themselves, ever so slightly, to keep their sound from becoming stagnant.

The EP’s final track, “ Drinking Problem” is another surprise. Pitts and the band are gently layered over a beat that could only be described as jungle electronica. While the song is mediocre, their willingness to experiment with synthesizers seems promising.

In fifteen minutes, Surfer Blood proves to listeners that “Astro Coast” was only the beginning. “Tarot Classics” demonstrates the band’s willingness to play around with the surf rock format. “ Voyager Reprise,” in particular, is a must-listen and hopefully is a reflection of what listeners can expect from Surfer Blood in the upcoming months.

Not all bands can avoid the sophomore slump, but in four tracks, Surfer Blood makes it clear that their brand of beach rock isn’t disappearing any time soon.