Puget Sound professor Hans Ostrom will soon break into Hollywood with Napa, the film adaptation of his mystery novel Three to Get Ready, which begins filming this week.

Napa stars Rose McGowan (best known for her roles in Grindhouse and Charmed) as Scarlett Harding, a Napa, Calif. native who begins work as county sheriff after returning from three tours in Afghanistan. McGowan will be joined by Kevin Pollack, of The Usual Suspects fame, Taryn Manning of  Hustle and Flow and Sean Astin, the inimitable Samwise Gamgee, in the role of Harding’s love interest.

Napa, an ongoing project of Ostrom’s for the past three years, is a joint effort with screenwriter, producer and first-time film director Michael Kerr.

“Michael and I have worked on a wide variety of projects, including a romantic comedy that is based on a classical Greek myth,” Ostrom said. “But this is the first project that we have sold together.”

Michael Kerr has directed and produced a number of successful projects, including the Emmy-nominated The Men’s Room. According to Ostrom, it was Kerr who suggested moving the setting of Three to Get Ready from the High Sierra (Ostrom’s home) to Napa.

“The crime genre is a staple of Hollywood, but I think the distinctive politics of a small county—and of California—add some appeal,” Ostrom said of the change. “The politics of the wine industry and the cinematic setting of the Napa Valley are well suited to this kind of movie.“

While active in the film’s writing and preparation, Ostrom realized early on that the project would take on a life of its own: aside from a cameo appearance as a Napa bartender, Ostrom’s presence in the film will end at co-writing.

“I let go of the book and immediately thought of it as a new narrative. In Hollywood, the saying is that there is the movie you write, the movie you photograph, and then the movie that is edited, so you have to learn to let go.”

The production of Napa is nevertheless a personal victory for Ostrom: it is a reward for years of hard work, which was slowed most recently by the writer’s strike of 2007 and 2008.

“I think I’d like my writing-students to know that, off and on, I worked for about 20 years on film projects before this one materialized—and I still won’t believe this one is real until it’s on DVD,” Ostrom said.

“You have to like the writing life itself and just keep working. Otherwise, it’s too easy to get discouraged. You can’t let the world knock you off your stride,” he continued.

Ostrom plans to continue work on his and Kerr’s romantic comedy, along with another original screenplay on a European philosopher “who led a rather spicy life.” 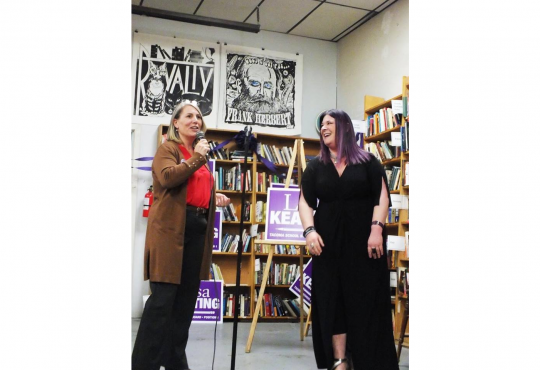 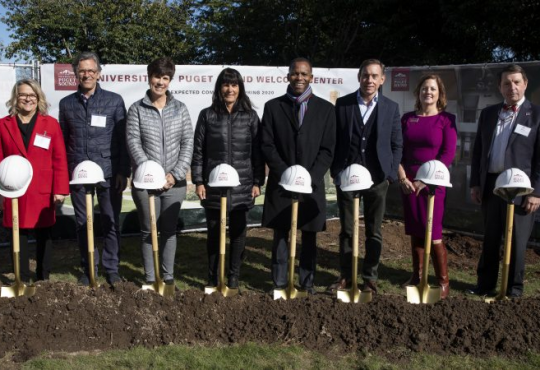