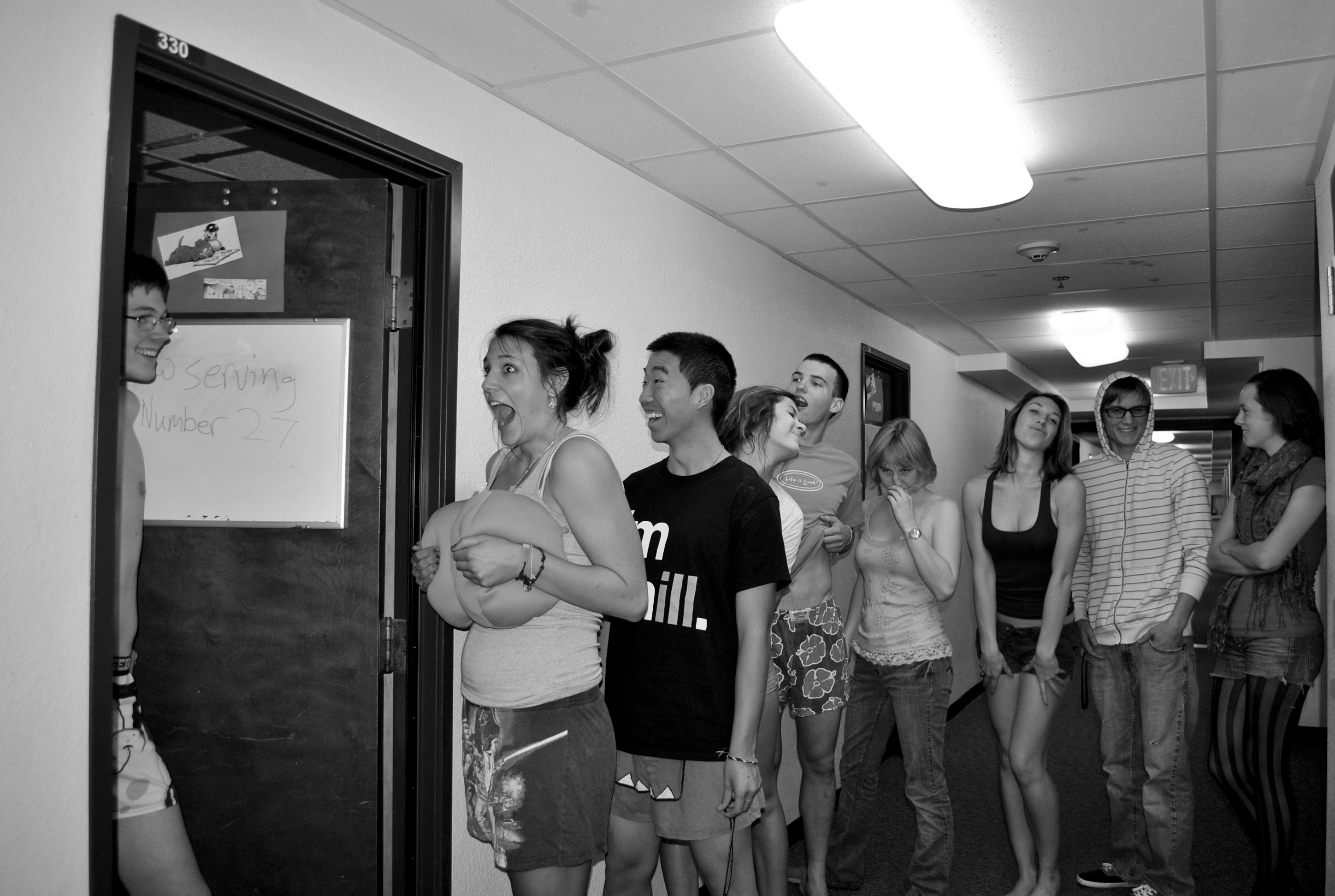 Traffic Jam: the line outside of Mark's room has been labelled a "fire hazard" by the T/P R.A. at the end of the line.

After investigations by campus authorities, it has been determined that the long line of male and female students outside freshman Mark Kaiser’s room is indeed sex traffic.

In an effort to clear up any confusion, authorities stressed that there is no evidence of sex trafficking or any similar illicit behavior.

“This is a classic case of sexual awakening,” said Psychology professor Claire Jung. “Mark must have had an extreme case of Freudian conflict while also engaging with his own blossoming of a Ron Jeremian disorder.”

Professor Jung is a leading researcher in the sex lives of college students and the author of “Laying that Pipe: Recent Findings on College-Level Booty Calls.”

The testimony from the line outside Kaiser’s room told a similar, if less scientific story. “I just heard that he does yoga, uses protection and is a nice guy to boot. Of course I’m down,” sophomore Alison Jameson said, echoing the sentiments of several other people in the line of traffic.

“I heard the rumor that Mark’s in his bi phase, so it’s a win-win for everyone here,” senior Dave Sheets said. As of press time, the line has maintained an average number of approximately 11.3 people waiting to jump Kaiser’s bones.

However, not everyone is happy about Kaiser’s newfound promiscuity. His roommate, Alex Gubberman, recently filed a complaint with the administration concerning his housing situation.

“I haven’t been in our room for the better half of a week now,” Gubberman said, from the Todd/Phibbs basement lounge where he’s been living since late October.  “You don’t know what I’ve had to do to stay alive out here. I didn’t even have a chance to grab my blanket before this all went down,” Gubberman continued, smelling of coffee grounds and mayonnaise.

Unable to contact Kaiser, The Trail sent in an undercover reporter, armed with only a digital voice recorder. After two days, he returned with some interesting  audio footage.

“It’s not that hard to figure out,” Kaiser said on the tape, panting. “I just had a rough break-up with my long-term girlfriend. I’m trying to live my life and right now that means sleeping with half the campus.”

“Also, if Alex wants to come back to the room, he’s going to have to get in line like everyone else,” he added.

Kaiser then told our undercover reporter that if he “want[s] to do it again, let’s do it quick. I have people to see with things to do.”