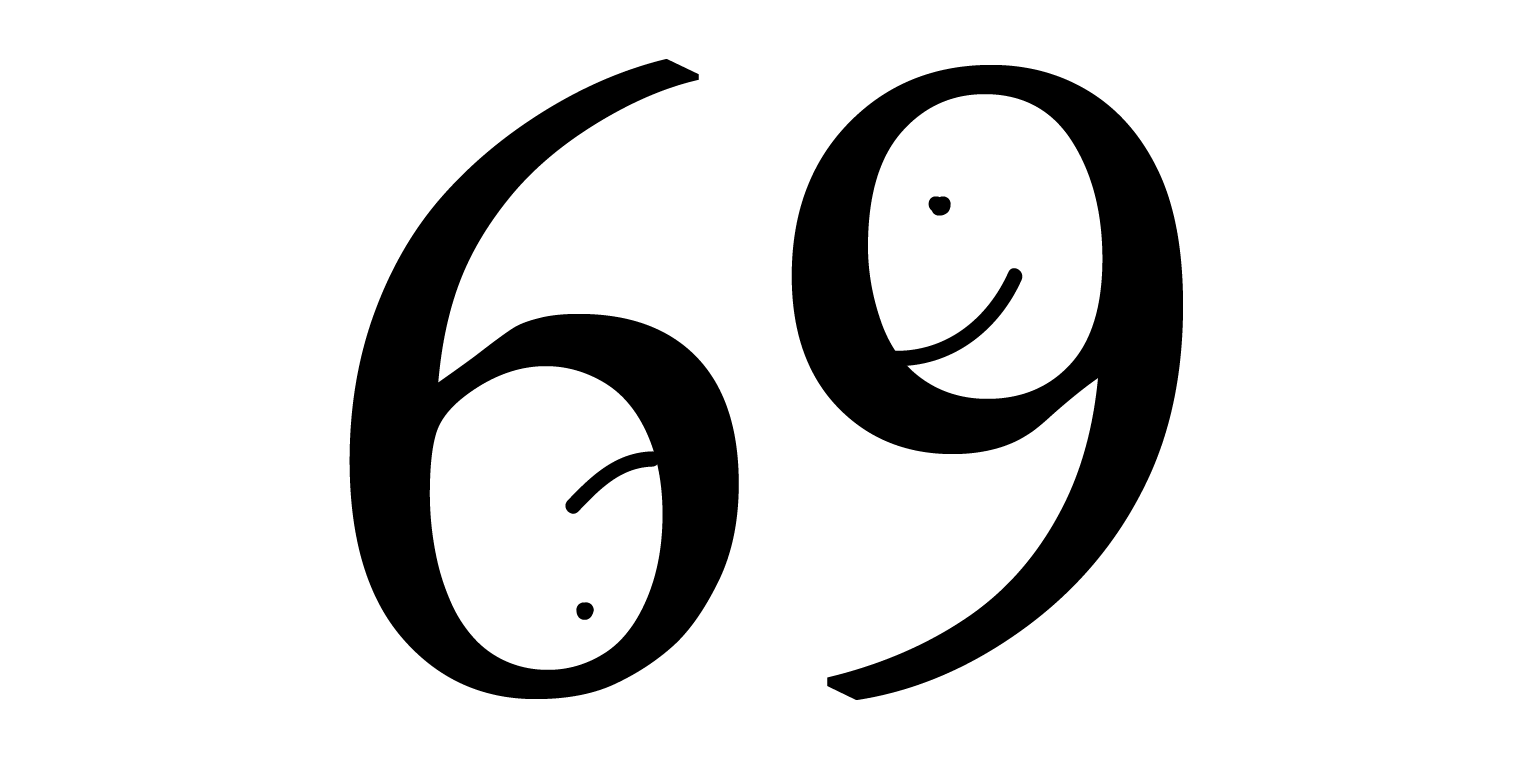 Greetings from Happy Trail HQ. Hopefully you are well rested after spring break and ready to finish off the rest of the semester. To get you back into the mood of learning, The Happy Trail is offering a complimentary crash course on the history of 69ing and how to do it safely.

First things first, let’s establish what the magical numbers six and nine represent. According to Luvze.com, the number six represents family, material aspects of life, responsibility, adjustments, solutions, grace, gratitude, dignity, cooperation, compromise and unconditional love. So far, these are all things you may experience or need during oral sex.

According to that same site, the number nine represents communication, inner strength, humility, leadership, intuition, inner wisdom, spiritual awakening, benevolence and endings. Again, these are all things that you may experience during oral sex.

So as we can see, the number 69 is a glorious cocktail of aspects I think everyone would want in their lives. So fun fact, if you carry the number 69 around with you, you will be carrying around these qualities as well.

The website KnowYourMeme.com dives into the history of the infamous position. During the 1790s, this term began to be more popular and it appeared in the “Whore’s Catechisms” in France. The term was soixante-neuf (French for sixty-nine) and the term became more well known. The Kama Sutra, an ancient Indian Sanskrit text on sexuality, eroticism and emotional fulfillment in life, refers to this position as “The Congress of a Crow.” It says, “When a man and woman lie down in an inverted order, i.e. with the head of the one towards the feet of the other and carry on [mouth] congress.”

The earliest drawing of two people 69ing is on an oil-lamp preserved in the Munich Museum the Deutsches Museum that shows a woman lying on top of a man while 69ing. This piece is believed to be from the time of the Romans. As we can see, 69ing is a position that has a history of being culturally significant.

On Dec. 8, 2003, Urban Dictionary user Starflier uploaded the popularly understood definition of the number. They wrote “Simultaneous oral sex. Can be practiced by M+M, M+F, or F+F. The reference is that the numerals 6 and 9 are inverted versions of each other, reflecting the physical position that the couple must adopt when engaged in this sexual practice.”

The term began appearing in American pop culture in the mid-late 20th century. Notably, there were some pop songs that refer to the sex position. According to my research, the first song to use 69 was “She Blew My Mind (69 Times),” released by Rick James in 1982. The chorus of the song is “She blew my mind 69 times,” a reference to oral sex and the position.

In the 1989 comedy film “Bill & Ted’s Excellent Adventure,” the main characters choose the term “69,” when asked to randomly pick a number that would prove their future selves were truly them. This film was a comedy and this might mark the moment in American pop culture when 69ing became a punchline and began its transformation into a meme.

Online, this term has had a big social media influence and the number 69 is used in lots of popular memes. People often joke about the term by replying “nice” to posts that use the number 69, no matter the context. This happened when Barack Obama tweeted that 69 percent of Americans wanted hearings for his Supreme Court nominee pick Merrick Garland on May 13, 2016. The primary response to the tweet was “nice”.

On Feb. 13, 2019, Donald Trump tweeted “The Gallup Poll just announced that 69% of our great citizens expect their finances to improve next year, a 16 year high. Nice!” Be warned though, according to the internet this tweet killed the 69 meme.

There is a long history of people 69ing and you can still enjoy keeping the tradition alive while doing it safely.