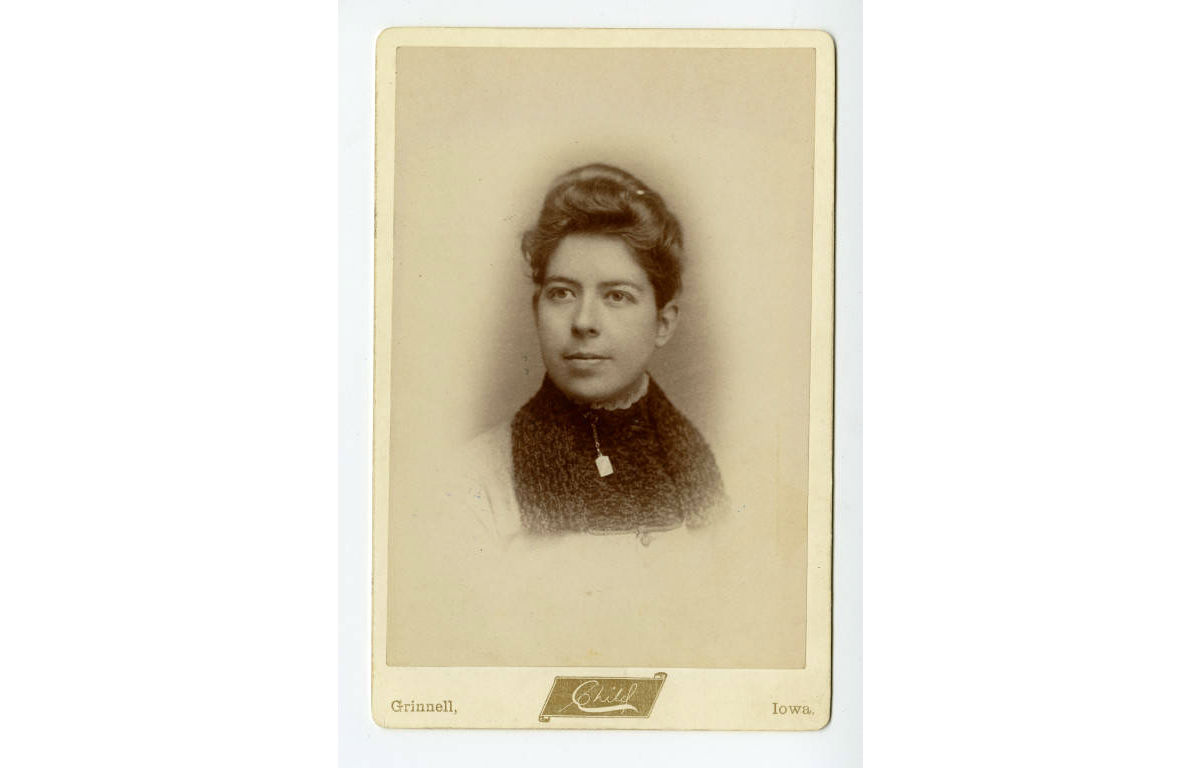 Abby Williams Hill, one of the historical women portrayed at the event — Photo credit to Wikimedia Commons

According to Karen Haas, one of the biggest takeaways from living history productions is rooted in the fact that “what happened in the past has a direct impact on what our society’s like now. The Pacific Northwest is different than the Midwest because of who settled here and what they did.”

Last Monday, April 8, the Tacoma Historical Society (THS) kicked off an event, free and open to the public, titled “Tacoma’s Living History: Leading Ladies Come to Life.” The show was scheduled for 6:30 p.m. in the Rasmussen Rotunda and was marketed as “a cast of re-enactors portray[ing] women from Tacoma’s history, going back 150 years.”

The event drew a significantly older audience, with few, if any, students in attendance, but with a variety of Tacoma Historical board members and other community members.

An introduction and rundown of upcoming Tacoma Historical Society events was delivered by Deb Freedman, who thanked Puget Sound for allowing use of the space, and encouraged audience members to support the society by buying the for-sale books or tickets for the society’s Historic Homes of Tacoma Tour.

Shortly thereafter, current THS president Bill Baarsma took the stage to present awards. The Murray Morgan Award for preserving Tacoma’s history went to a founding member of the society, Dale Wirsing, while the Allan C. Little Award for preservation of Tacoma’s historic structures went to David Fischer for his role in the renovation of the downtown Pantages Theatre.

Wirsing and President Baarsma, as the President pointed out, are not only both Puget Sound graduates, but both were also  editors of the school newspaper in their time as students.

Baarsma was also quick to acknowledge the presence of a few heavyweights from Tacoma’s political history, including the first African-American mayor of Tacoma Harold G. Moss and former Washington State Representative Art Wang.

Immediately following, storyteller and performer Karen Haas introduced “strong women bringing to life some of our leading ladies,” and the portrayals of seven different women from Tacoma’s history began.

The individual performances were no more than 10 minutes in length and highlighted the state of Washington’s legacy at the forefront of women’s suffrage. Each ended in the same way, by telling audience members “you are all the guardians of the memories of we who have come before.”

Karen Haas, the program’s featured performer, emphasized the importance of research in preparing for the portrayals. She cited both Collins Memorial Library and the Northwest Room in the Tacoma Public Library as incredible local resources and for this performance, each woman did their own research, writing, memorizing and clothing.

Harold Moss and fellow ex-mayor Bill Baarsma served on the Tacoma City Council together and Moss’ wife Genie Jefferson is a current Board Member of the Tacoma Historical Society.

“I was totally impressed by [the women’s] performance. They portrayed their parts with clarity and unquestioned believability. I was impressed by each as individual characters,” Moss said.

Haas first became involved with living history after attending an event at Fort Nisqually and learning they were looking for volunteers. Her re-enactment program has since grown to include a variety of characters presented for a variety of audiences and living history groups all over the Pacific Northwest.

“I’ve always loved history. I’m not so much into dates, but the ‘who’—-who were the people? What were their lives like? How are things different because of what they did?” Haas said.

Haas detailed the importance of learning history to better understand historical figures as people and to trace their impact on today’s society. She also noted history’s salience within this particular historical moment.

“There’s a lot of awful stuff happening now that’s making historians shake our heads and/or cry out in frustration. I’m especially rewarded by bringing to life the voices that are usually silent in history—the women. That’s one thing that I’m guardedly optimistic about – women are definitely getting more vocal now days [sic.]!” Haas said.

Deb Freedman is a member of the board at the Tacoma Historical Society and has served as treasurer for the past five years. She frequently hosts Tacoma History Museum as a volunteer, and, since serving as head of the exhibit team, she has “helped research and curate the majority of exhibits since we moved into the Provident Building in March of 2014.”

Freedman was working as a librarian when she first met Haas, who had made contact with Tacoma Historical Society while putting together a program on Tacoma tugboat company founder Thea Foss.

Freedman is also the author of the “21 Tales” book series, of which the newest title is “Leading Ladies: 21 of Tacoma’s Women of Destiny.” It was released in March in conjunction with the society’s newest exhibit, “Her Story.” Last Monday’s event was related programming.

According to Freedman, the THS plays a vital role in “preserving, presenting and promoting” Tacoma’s story. The museum is the only one “actively researching, creating regular exhibits and publishing materials dedicated to just the city of Tacoma.”

Freedman outlined a close working relationship between the THS and Puget Sound, including monthly programs typically held in the Murray Boardroom, which are always open to students.

Since the museum’s founding in 1990, students have also participated in several summer internships over the years, gaining valuable research and museum experience. Exhibits at the museum frequently include information loaned from the Collins library team, and students are always encouraged to visit, do research or just browse at the downtown museum, which boasts free admission.

Moss believes that, from the Tacoma Historical society and their many performances, students could “learn and relate to the people who built this city. They could place themselves in the evolution of buildings, changes in the forms of transportation, dress, and living conditions and compare life in different parts of the city as it grew with where and how they live today.”

Moss encouraged students to become more curious about the city of Tacoma by looking up street names, parks, trails, schools, statues of people and events.

“There is a wealth of information in their phones and in their computer databases. Get curious and it is amazing how much a student can learn,” Moss said.