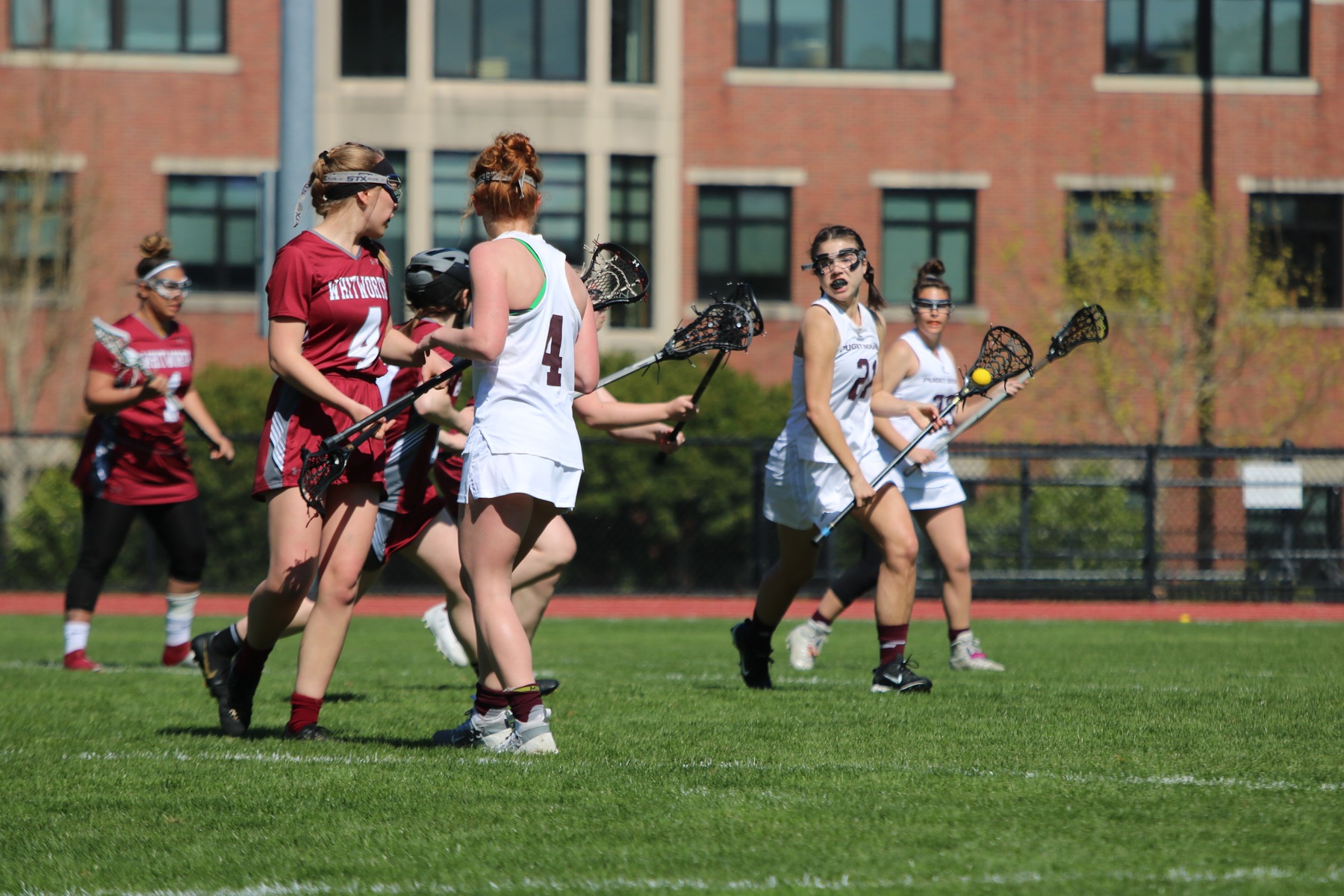 The Logger women’s lacrosse team has had quite the commencement to their 2019 spring season, starting off with a tough 0 and 3 record, but then quickly bouncing back to equal out at a 3 and 3 record. Without a good team chemistry both on and off the field, however, the team’s skill sets and abilities wouldn’t be able to shine through quite like they have this semester.

First-year player Sophia Sangervasi says that because of how close the team already is this early in the season, players have grown together as one unit, which translates perfectly onto the field. “Everyone is super welcoming and supportive of each other on and off the field. It’s realy cool to have that type of support group,” Sangervasi said.

As the season progresses and teams start to shape their style of play, Sangervasi, a defensive player, says that the chemistry of the team is what holds each player accountable in games and creates such a strong connection throughout the whole squad.

“Even out of practice we’ll have dinner together, stuff like that,” Sangervasi said.

Coach Liz Daly manages each aspect of the team’s performance and tries to get each player to push themselves during every practice, hoping that the competitive drive each player has can be brought out onto the field.

So far, it’s worked in the last three games; the Loggers have posted high scores against Willamette University, Johnson and Wales University and Marian College on Wednesday, March 20. While the start to the season was a bit rocky, the team’s expectations of what’s to come have certainly gone up when looking at the past two weeks.

According to the Logger Athletics site, on average the team scores 7.33 goals per game and has a 2-1 away record. Even if the stats aren’t as high as they could be, the season has just started and across the roster, teammates know that with the momentum they possess, this season is bound to be special.

Being a student-athlete at any level calls for a huge commitment to the team’s season, one that can take players away from schoolwork to focus solely on the sport. That being said, the women’s lacrosse team makes a point to not only play well in each game, but to stay on top of academics as well. Sangervasi is excited to see what the competition holds in store and is confident that the team is more than capable of chopping down the competition: “When we’re practicing or playing in a game, we’ll talk about strategy and try to keep a positive attitude, even if we’re behind in the game.”

“We have study hall on Sundays after practice, which is also really helpful to keep yourself on top of school work as well,” Sangervasi said. The time spent working together off the field only benefits the team as a unit, one that has quite an impressive chemistry about it.

Now that the season has picked up and the schedule is already in play, the team’s practices are certainly intensifying in preparation for more upcoming games. The Loggers played Whitman on Saturday, March 30, losing in a tough game 21-6 and Whitworth the following day where they picked up a victory, beating the competition 15-8. Coming up this weekend are two away games, one at Linfield College and the second at Pacific University.