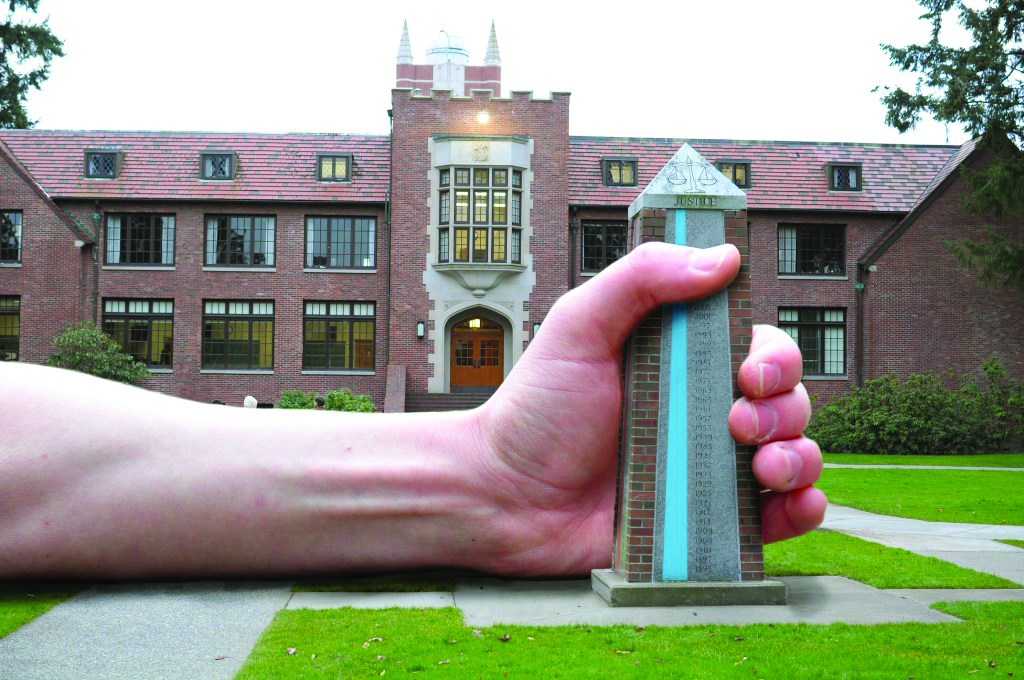 Writing for The Happy Trail is… sexy? Not all (okay maybe none) of my articles read like erotica, but I definitely have written about things that get people off. If you look into the archives for the history of The Happy Trail you’ll find that this section began around 2010 and the first writers wrote behind pseudonyms (something Ellen and I obviously don’t do). Pseudonym or no, The Trail has been full of articles about sex before The Happy Trail even existed.

If you search “sex” in the Trail archives, you’ll find articles that date back all the way to the early 20th century. Back then though, the word “sex” was used as a way to talk about gender.

In the ’90s, the word “sex” was being used in articles as a way to talk about important issues having to do with intercourse. One important issue on campus was AIDS and safe sex. “It is estimated that by 1991, that’s next year, [AIDS] will be the number one killer disease of youths. That’s us,” a 1990 article entitled “College Students Deny AIDS Threat,” reads. This article in The Trail is very important because it highlights a point when our campus began to preach sex positivity and safe sex instead abstinence or silence.

When the paper became sex positive in order to educate Loggers about AIDS prevention and safer sex, it also acknowledged that being gay isn’t a choice. “I was never close to my brother… Randy once told me that he realized his likeness for males when he was about ten years old… This wasn’t a personal choice. No ten-year-old suddenly decides that he wants to be gay,” a 1990 article titled “My Brother Has AIDS,” reads.

Sadly though, this article tells a brutally depressing account of the virus. “The best description that I can give you is that he was a walking skeleton. Because of all the drugs he was given, and all the personal torment that comes along with the disease, he was bordering on the clinically insane… I did not want to leave him on the street. But what was I to do? He was 30 years old and legally free to walk the streets. So I left him. I haven’t heard from Randy since.”

According to my research in the archives, it wasn’t until 2005 when people began writing about or alluding to their own sexual experiences. In 2005, an Opinions writer, Amanda Bevers, wrote about her favorite places to have sex outdoors in an article called “Love in the land of the UPS Bubble.” “First of all, there’s the Thompson fountain, may it rest in peace… it has an impressive legacy in our memories. The fountain that everyone went skinny-dipping, swimming and volleyball-playing in was also quite fun for “messing around.” At least that’s what I’ve heard, anyways.”

It is significant that Puget Sound’s first official sex column began as a way to empower female sexuality. I wish however, that the writers could have felt confident using their own names while writing about female sexuality. Whether these writers were trying to protect themselves or their peers, who knows.

Writing from behind a pseudonym was an original perk for The Happy Trail and it led writers to say some pretty interesting stuff. In 2010, Suzy Spongeworthy gave some advice about fingering in “Sexual directness: the good, the bad and the ugly”: “It is key to stay positive. Try to stay away from saying something like ‘OW! What is this, a scratch-n-sniff book?’ and say something like ‘Babe, it’d feel soooo good if you did it like this.’ Feel free to show your partner with your hand. With this, sexual directness opens the door of communication for you both. It is like constructive criticism. Just don’t give it out if you can’t take it.” It is moments like these that make me proud to be a Logger.

In the article “Campus community shares thoughts on sex positivity” in 2014, writer Gregory Gropage (pseudonym) wrote, “A student sits in Diversions Café, awaiting their steaming and caffeinated beverage. The student’s eyes alight upon a new edition of The Trail, open to a section entitled The Happy Trail. ‘Ah yes!’ the student thinks, ‘I’ve heard of this—the sex-positive source for student expression and information on sexual matters.” If you haven’t caught on yet, sexual matters make the best weekly news.

The Happy Trail may only be 10 years old, but sex has been a subject for The Trail since the ’70s at least. The Happy Trail writers of today don’t write from behind pseudonyms, but we hope to educate and make our readers cringe even more than these older quotes do!