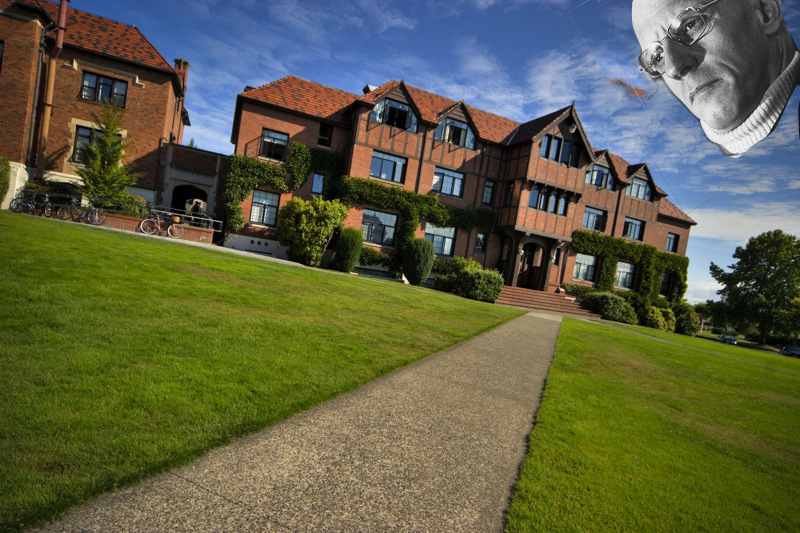 For some reason, a fact that my AP U.S. History teacher told our class my junior year of high school has always stuck with me: during the Victorian Era, chair and table legs were hidden with curtains for fear the furniture looked too much like bare legs and was sexually suggestive to their onlookers. This idea, as completely absurd as it was, was meant to give our class an example of how sexually repressed and sex-avoidant Victorian society was. While I have no idea if this fact is true, it contributes to the popular historical narrative that Western society suppressed sexuality from the 17th to the mid-20th centuries due to the rise of capitalism and bourgeois society.

Puget Sound students in gender and queer studies classes are required to read “The History of Sexuality” by Michel Foucault. In it, Foucault argues that discussion of sex and sexuality actually flourished during the Victorian era: that people started to study sexuality in a scientific manner, encouraging people to confess their sexual feelings and actions. He notes that the reason we believe this narrative is because it provides a basis for the idea that if we reject past moral systems, the future of our sexualities can be unrestrained and a “garden of earthly delights.”

In reflection on my experience at Puget Sound during my last semester here, I’ve realized that one thing that I’ve loved about coming to college has been the chance to discuss sexuality and sex with a wide range of open-minded people with a variety of different sexualities and gender identities. Foucault’s point made me consider my urge to discuss sex with my peers.

This is all quite confusing. After all, I do write for the Happy Trail, whose entire point is to discuss sex. Some questions that remain unanswered for me are: What is the Happy Trail for? Are we actually liberating ourselves by discussing these topics?

As a writer for the Happy Trail, I’ve been a little sheepish about the fact that I’m quite shy when it comes to discussing sex. With Foucault’s thoughts in mind, though, I feel a bit better about keeping some things to myself. This goes hand in hand with current discourses in the sex positivity movement.

Being sex positive doesn’t necessarily mean always talking openly about sex or have frequent or adventurous sex. It simply means not making moral judgments on other people’s sexual lives, respecting everyone’s personal preferences, and encouraging people to be active agents in discovering what makes them happy.

Puget Sound sophomore Zoe Ray considers themself to be a sex-positive person. To them, sex positivity is simply the normalization of sex.

“It’s not necessarily about having a lot of sex,” Ray said. “Instead, I think it’s about recognizing where you or another person are in terms of your sexual desires and being okay with that.”

Ray has been an active member of the Puget Sound Drag Club and said that exploring gender can be a great way to explore how their gender interacts with their sexuality, which is a sex-positive habit. In this way, Ray believes that anyone can be sex positive without being a sexual person at all.

“I know plenty of people who are asexual that I would consider very sex positive because they are comfortable within themselves and supportive of others,” Ray said.

People don’t need to be having or even talking about sex to be sex positive. However, there are times when it is completely necessary to talk about sex and those are conversations involving consent.

“I don’t think we always have to talk about sex all of the time to feel sexually open or free, but I do think that conversations, especially within queer communities, can be really helpful for exploring your own identity,” Ray said.

And of course, having dialogues with sex partners is an entirely different story.

“Of course communicating in and out of the bedroom leads to more consensual experiences, which makes things much more sex positive,” Ray said.

All in all, sex can be quite scary to talk about. While it is necessary to bring up in detail with sexual partners, anyone can be quite sex positive even if they don’t explicitly discuss it with their peers.