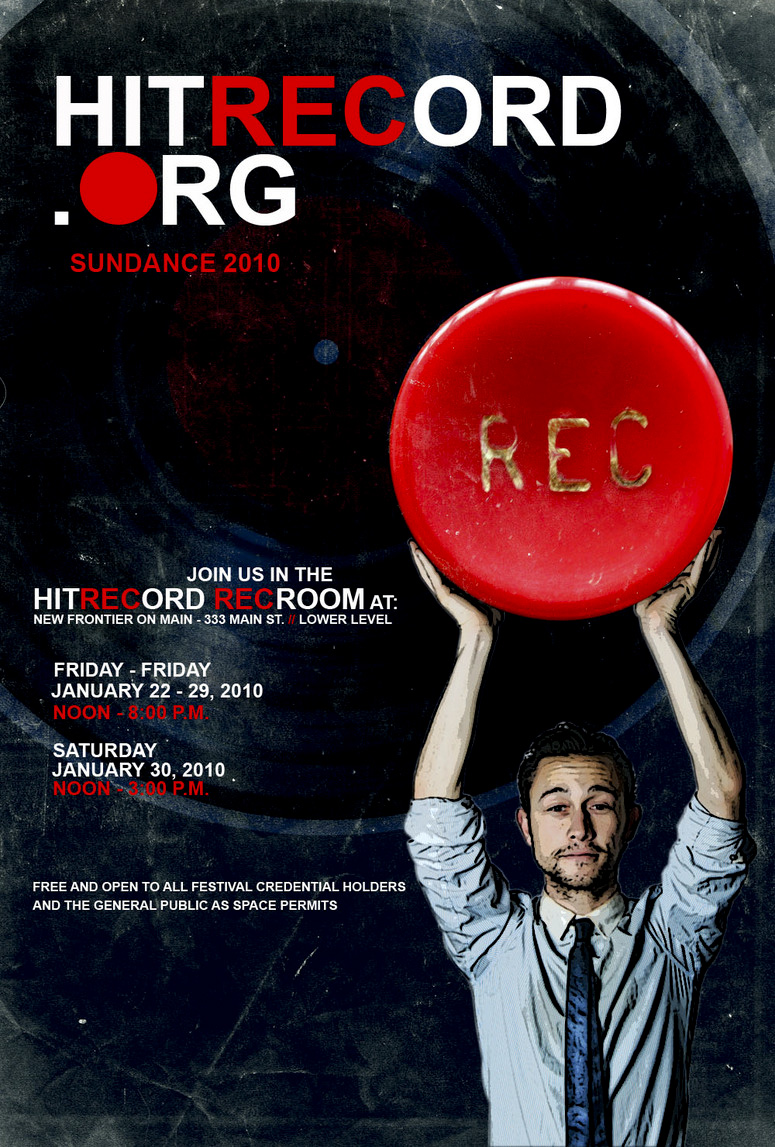 Just press the red button. Hit record, and you can create something. This idea is presented by Joseph Gordon-Levitt in his pet project, hitRECord. The hitRECord.org collaborative released their first volume of work Sept. 20.

It all began in 2004 when Joseph Gordon-Levitt began his mantra of “hit record.” The phrase developed into a forum and in 2010 hitRECord became a professional open collaborative company.

HitRECord provides hope for aspiring artists. By joining hitRECord you are enabled to submit story lines, musical recordings, drawings, poetry and the like.

Once the work is submitted, any artist is able to take that and add on, creating a much more constructive version of telephone that develops into a fine tuned final piece.

The hitRECord RECollection Volume 1 includes a DVD, CD, storybook and a red hitRECord pin. Every item includes the cooperative efforts of 471 collaborators.

All of the pieces offered in RECollection Volume 1 intertwine and give prominence to each part of the production process.

The DVD is the best example of the finished product of most of the hitRECord endeavors. Short films, tiny stories and music videos comprise the entirety of the DVD.

The short films range from fantasy to documentary. The tiny stories provide insight and incredible creative interpretation. The music videos accent the songs given on the CD to imprint a distinct visual memory for each song included.

One of the most striking story lines featured twice on the DVD is the tale of Morgan M. Morgansen. The two short films share the common thread of a Seuss-like narration layered over a backdrop of fantastical illustrations and costuming.

The first story “Morgan M. Morgansen’s Date With Destiny” was produced so well that it was a success at the Sundance Film Festival.

Another entity of the hitRECord company remains more in the literary realm as opposed to the realms of music and film. This aspect is referred to as the “RECollection RECords.”

All of the stories bound in the RECollection are articulate, unique and beautifully illustrated works. Poems, short stories and clever phrases are all included.

The story that begins the book is entitled “Shadow Caste” and sets the tone for the rest of the tales to follow with its final phrase.

“But we’ll tell those tales another time, dear heart. Rest now, be patient and give thanks while the steady sun brings us all around again.”

The rest of the stories follow suit with the dreamy creative nature of the first and round out to an extremely pleasant read.

The final creative leg of the production is featured on the CD. The format of the CD is set up similarly to a radio station with Joseph Gordon-Levitt narrating about the recordings heard.

The CD is used as the cherry on top of the creative sundae by supplementing each creative aspect.

Overall, the hitRECord RECollection Volume 1 provides endless entertainment and encourages those that are not involved on the online forum to do so.

After every hitRECord segment Joseph Gordon-Levitt chimes in with a final phrase, “again by heart.” Each aspect of hitRECord is a part of the artistic process done again, by the heart of a new creator.

Purchasing Volume 1 of the RECollections could begin a new pathway onto the unique creative avenues hitRECord has to offer. Otherwise, the purchase without a doubt will yield a pleasant couple of hours.

The hitRECord RECollections can be purchased at hitrecord.org.