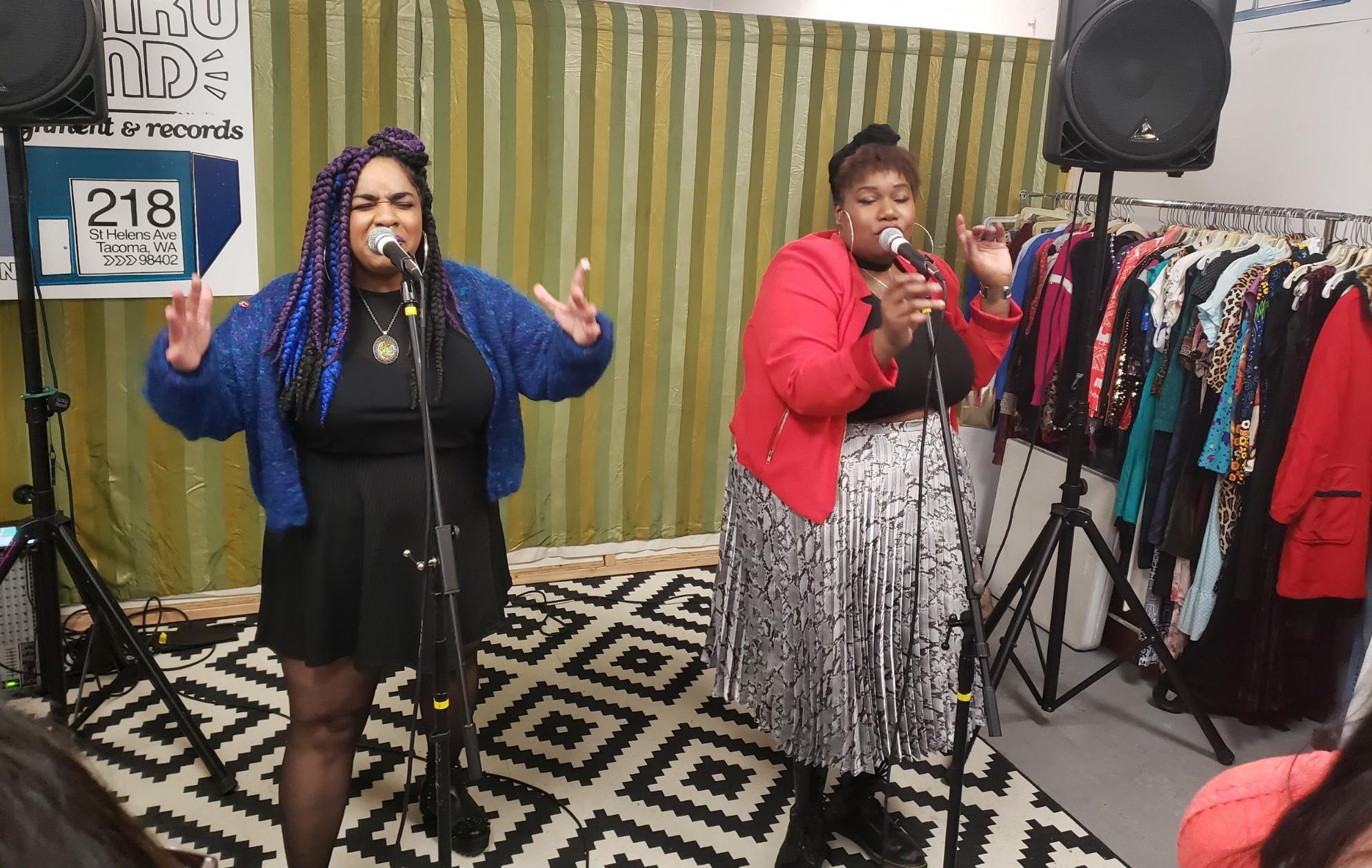 In the opening month of this academic year, an obscure little store opened its doors inside King’s Books, offering new and used vinyl records, vintage clothing and an array of island-of-misfit-toy-like chotskies. Since their grand opening on September 28, Janku Land has cultivated a space by and for Tacoma’s music and vintage lovers.

“Janku Land is pretty much run like a small weirdo antique mall inside the King’s Books Building — it was an idea that was conceived while I was touring with a band last summer. I saw old friends in their hometowns opening businesses like a record store, print shop, coffee shop and venues. I always liked the idea of staying in your town and finding a way to grow and help support it,” Taiga Miyama, the founder and owner of Janku Land, said.

On a normal day, one can go through King’s Books’ front door, take a couple steps to the right and be immediately greeted by fantastic music spinning on Janku Land’s turntable. There is a myriad of musical options available at Janku Land, including new and used vinyl LPs, cassette tapes and CDs.

The vintage clothing selection is as good as any other previously established shop in the Tacoma area, and Janku Land’s selection of oddball items, like mugs, toys and art, gives the store a unique feel. But Janku Land also offers more than just retail — they often put on all-ages shows and events at the shop, in their space as well as in the back of King’s Books.

“I wanted to use the space to have all-ages shows and events too — I try to do at least one [event/show] a month. I also don’t want to hog the calendar in the building, but limiting the amount I do makes me focus more energy and time on making the thing run properly,” Miyama said.

The focus on making fewer events as great as possible has been incredibly successful for Janku Land. I’ve been fortunate enough to go to multiple events put on at Janku Land, and both the Afro-Punk documentary screening and the Criminal Code (a band featuring Miyama on guitar and vocals) shows were excellent events that were filled with warmth and a family-gathering atmosphere. Recently, Janku Land has been able to offer quite a few shows in a short period of time, including the previously mentioned Criminal Code show, as well as shows featuring Convenience Nasti and legendary industrial-noise group The Body.

Janku Land, although only opened for less than a year, feels like a long-time member of the Tacoma community. They’ve been able to foster a safe place for people of all ages in the thriving Tacoma music and vintage scene.

“I don’t think I would do an event if I didn’t think it was giving back in one way or another. I won’t do anything that’s not all-ages either. We just try and offer a space that is non-pretentious, comfortable and safe for everyone. The regulars we already have are the best. We have people from all around that drop by and we are super thankful of everyone that stops by,” Miyama said.

Despite all of the early success, Miyama and Janku Land are not taking any of it for granted and are dedicated to growing Janku Land without losing any of the qualities that have made it what it is.

“I got a lot of ideas but I’ve learned to focus on one thing at a time. I would like to see it grow but I don’t want to rush and get sloppy. This is my first time doing a business and I’m honestly just learning too,” Miyama said.

Janku Land feels like they’ve already solidified a space within the Tacoma culture. If you’re interested in what events they have going on, or what cool new records and clothes they have for sale, you can visit them online at jankuland.com or you can head down to the store Wednesday through Sunday between the hours of 12-7 p.m. at 218 St. Helens Ave.