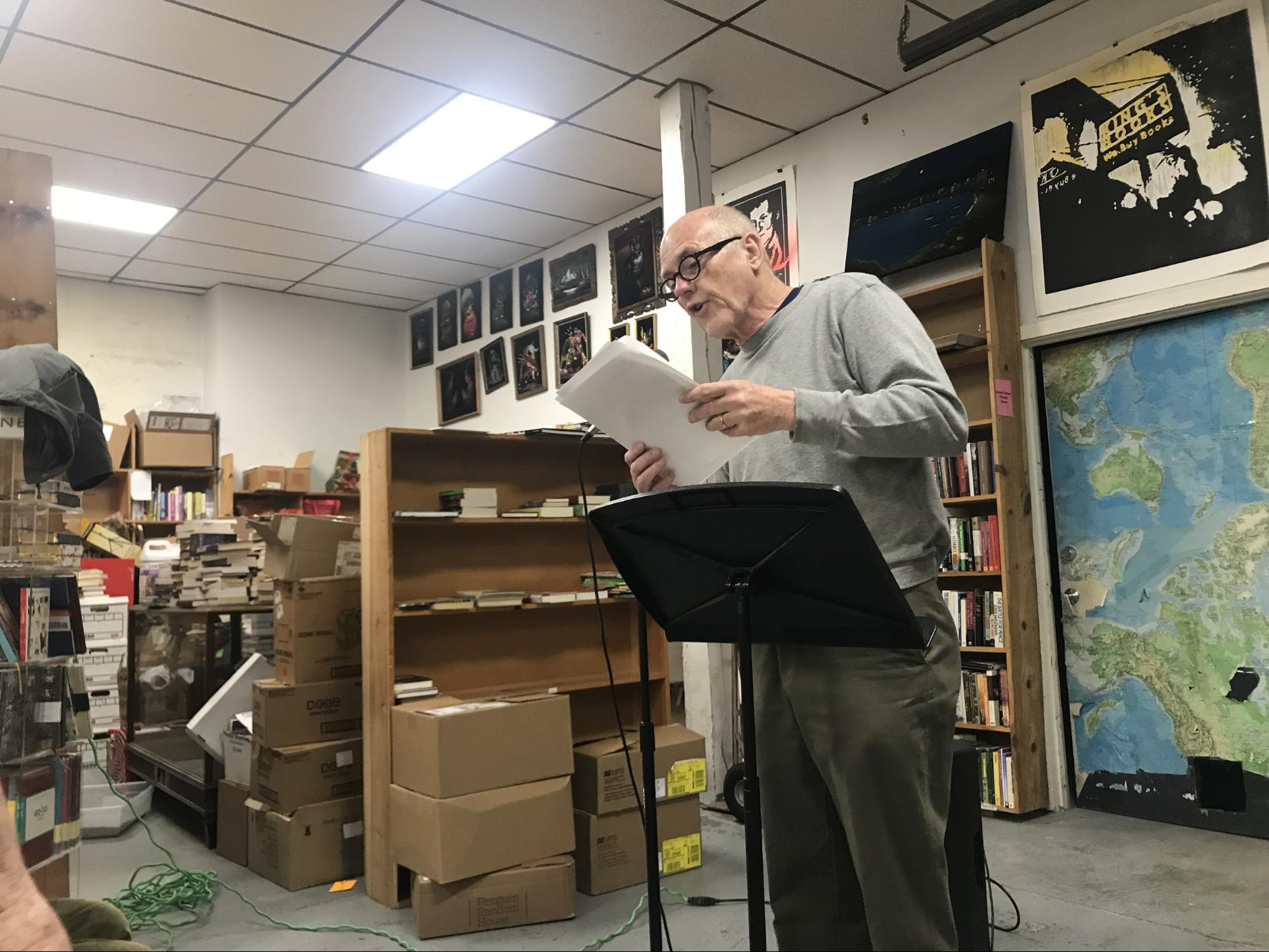 Think about your hometown. Maybe your heart is already welling up with affection. Or maybe your face is puckered with disdain. Either way, we’re all affected by the place we grew up in. On March 7, at King’s Books in Stadium District, local author and Puget Sound alumnus Richard Wiley shared just how much his own hometown of Tacoma has meant to him during the launch for his short story collection “Tacoma Stories.”

Having published eight novels, Wiley switched to short stories for the first time with “Tacoma Stories.” The volume includes 13 stories, which take place between 1958 and the present day. The first story, “Your Life Should Have Meaning on The Day that You Die,” takes place on St. Patrick’s Day in 1968, in Pat’s Tavern, a local Tacoma dive bar. Wiley explores the story of each character in that bar, illustrating all the ways in which place connects us.

“It’s very much about a sense of place,” Wiley said about his collection. “A sense of place is important to people and these days I don’t think it gets enough play.”

“A lot of people just become the place they were raised in, and I sort of did with Brown’s Point and Tacoma,” he said. “I love Tacoma. It’s in my blood.”

And that love undoubtedly comes across in his fiction. The stories run a gamut of topics, from a retired English professor inheriting a perfect wax replica of an ex-lover (“Anyone Can Master Grief But He Who Has It”) to two strangers meeting at one of the most expensive restaurants in California (“eHarmony Date @ Chez Penise”). Whatever the situation, all the stories manage to find their way home, in Tacoma, Washington.

While there were certainly many Tacoma natives in the audience, Wiley’s work also resonated with more recent residents just getting to know the town. Wiley’s neighbor, Dale Mcfeatters, for example, has gained a new appreciation for the city through Wiley’s work.

“We’re in the process of moving out here … we live a couple of floors below Richard on Broadway and I’ve just fallen in love with Tacoma. It’s an absolutely fascinating city,” Mcfeatters said.

The owner of King’s Books, sweet pea Flaherty, also appreciated Wiley’s intimacy with the city. “Tacoma always makes an appearance somehow in Richard’s work,” Flaherty said. “Obviously in this book, all the stories are set there, but even in other stories, there’s always a character from Tacoma who makes an appearance and I really appreciate that.”

Whatever one’s relationship with Tacoma, there’s something for everyone in each of Wiley’s stories. A marvelous mixture of humor and contemplative nostalgia, “Tacoma Stories” shows us that cities are more than just a collection of buildings, landmarks and roads. They’re a delicate web of lives and stories, each one connected in ways we might never expect.