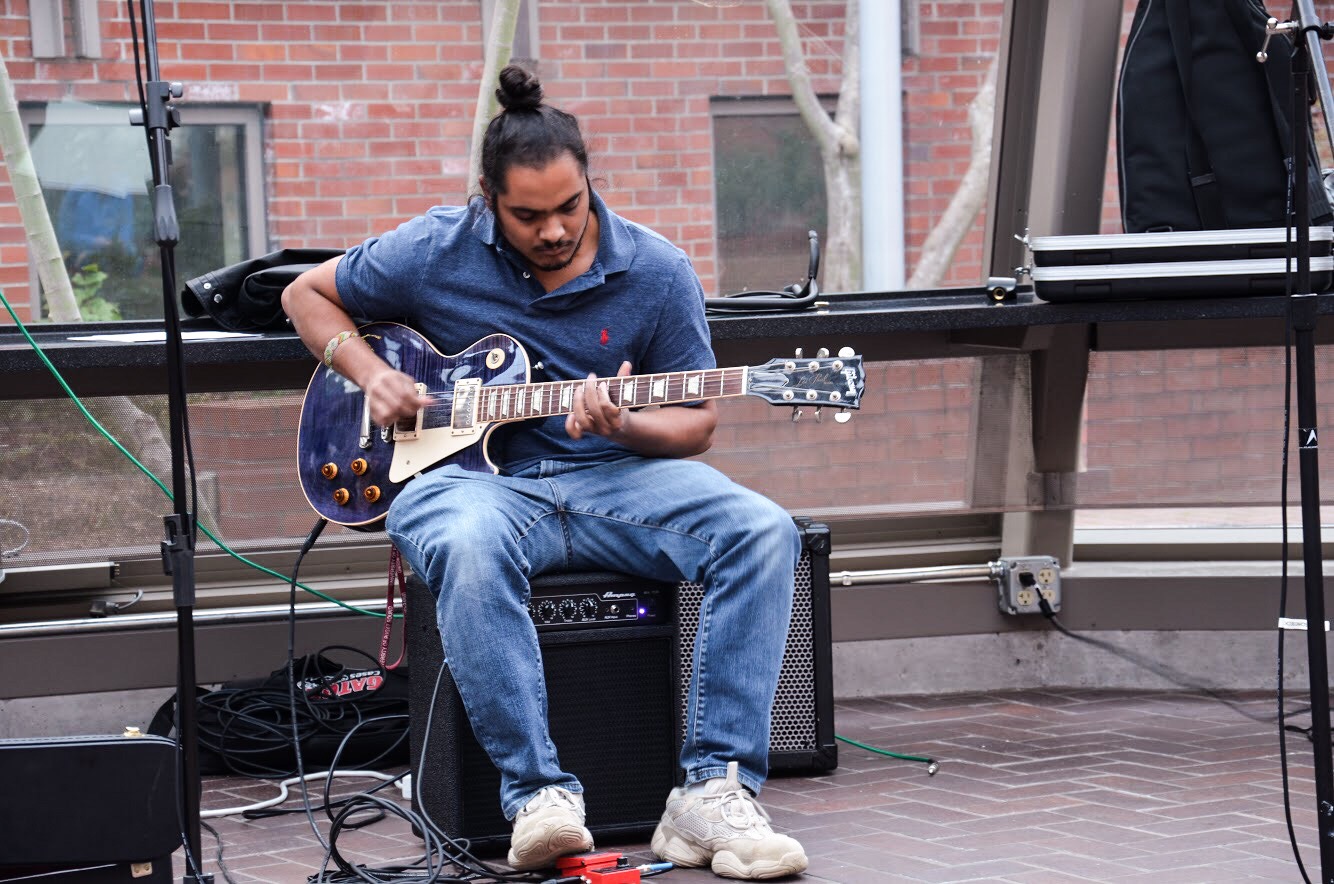 The sun was just starting to set when the music began. It was a Friday night and a crowd of students had gathered at Oppenheimer Cafe for the Open Mic night. The 15 acts consisted of 14 musical performances and one poetry reading, featuring both on-campus and off-campus artists, with Anand Landon, who organized the event, serving as emcee.

The opening act featured local Tacoma musician Nick Rogers, also known as Big Sky Mind, who performed an original song with guitar and vocals titled “Back Around.” The performance set the mood for the evening with its serene yet moving sound.

The second act saw Sanjay Singh ’19 perform a peaceful yet groovy tune on his guitar. The rest of the performances were done by University of Puget Sound students.

Anna Graf was up next. For her big open mic debut, she performed a cover of the song “The One,” by Wild Child. Similarly, the fourth act, Alex Guzman, performed a piece on his guitar. Lenora Yee, the fifth performer, broke from the lighthearted, tranquil mood with her melancholy and moving original, “Bird Song,” showcasing her ukulele and vocal skills.

Up next were Kerry Miller on guitar and Sahiti Shankar on vocals. The two performed a love song, titled “Ultraviolet,” which was written by Shankar. The song broke the pensive spell Yee had cast on the audience with its warm and comforting tones.

After the duet, Miller performed a short but sweet Alt-J cover on guitar. The following performance saw a duet performed by Allison Shapiro on vocals and Micah Hirsch on vocals and guitar. The duo showcased their musical abilities with a cover of “Cherry Wine” by Hozier.

Nobody was ready for what came next. Christian Wiemer ’19 exhibited his extraordinary vocal and banjo strumming talents with a rendition of “Dead Man’s Dance” by Bradford Loomis. Wiemer was introduced by Landon as a “powerhouse on vocals and banjo,” and he did not fail to deliver. The song started out slow and mellow, but in the last half exploded into a vibrant, lively tune. The energetic vibe of the performance was a nice break from the slower, calmer atmospheres created by the previous acts.

“I just love music. I discovered it when I was 10 or 11. I just started playing the piano at home, figuring out songs by ear. I just really enjoyed it and I got a lot of gratification out of it. I just love it,” Wiemer said.

The 10th performance featured a cover of “Archers” by With Confidence performed by Serena McKibben ’22, and the 11th act consisted of a reading of two poems by Asha Berkes ’21.

The second poem was an original, titled “Spring” and ended with the iconic line, “Everything’s gonna be ok, bitch.” The two performances brought back the languid and dreamy atmosphere that the previous performances had created and that Wiemer’s explosive performance had shattered.

Following Berkes was Hirsch on vocals and guitar, performing a sweet love song he had written titled “Dirty Shoes and Funerals.”

The 13th act was Jacqueline Kaplan’s impromptu a capella performance of “Beautiful Girl” by Sara Bareilles, and the second-to-last performance was another impromptu performance by an audience member of an original song on guitar.

Last but not least was Landon, who played an impressive cover of “Message in a Bottle” by the Police with some added improvisational guitar riffs. The hot take on the classic throwback finished off the night on an energized note.

“People just showed up on their own accord, which was great. Most of the faces I’ve seen here I didn’t even see in the Facebook events and they just showed up,” Landon said. “This venue is awesome. The first guy who performed, his parents came up to me to compliment the venue because it’s like you’re in a snow globe, it’s awesome. I’d be down to have every other month at a different venue, so one month is Divs, one month is Opp. That’d be pretty dope.”

In the crowd was a fair amount of current University of Puget Sound students as well as prospective students visiting the campus.

“I was hosting some prospective students and it sounded like a fun time so I thought I’d bring them along,” Jonathan Vair ’22 said. “I’d come watch again; I thought it was fun. I really enjoyed the variety of all the different acts.”

Landon is hoping to make the open mic nights a monthly occurrence, so stay on the lookout for future events. 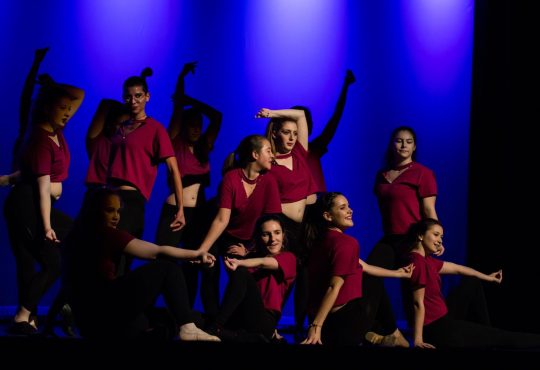 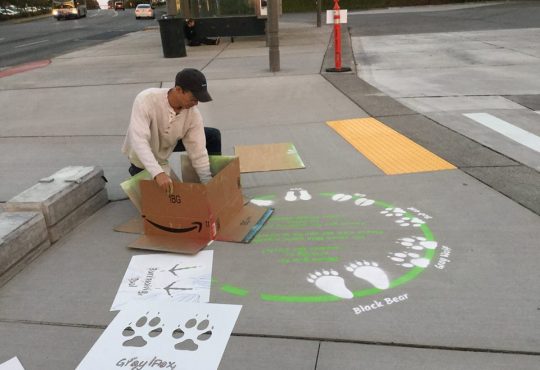 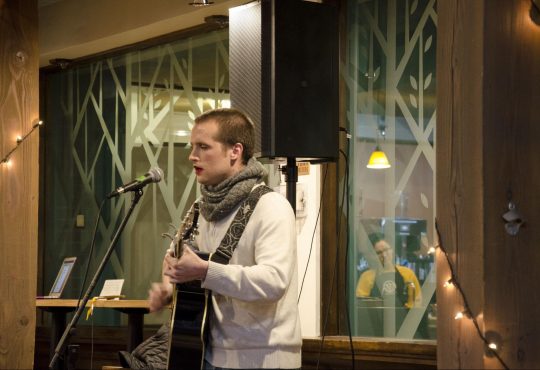 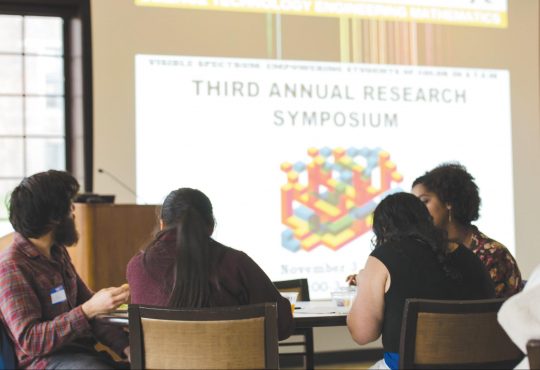