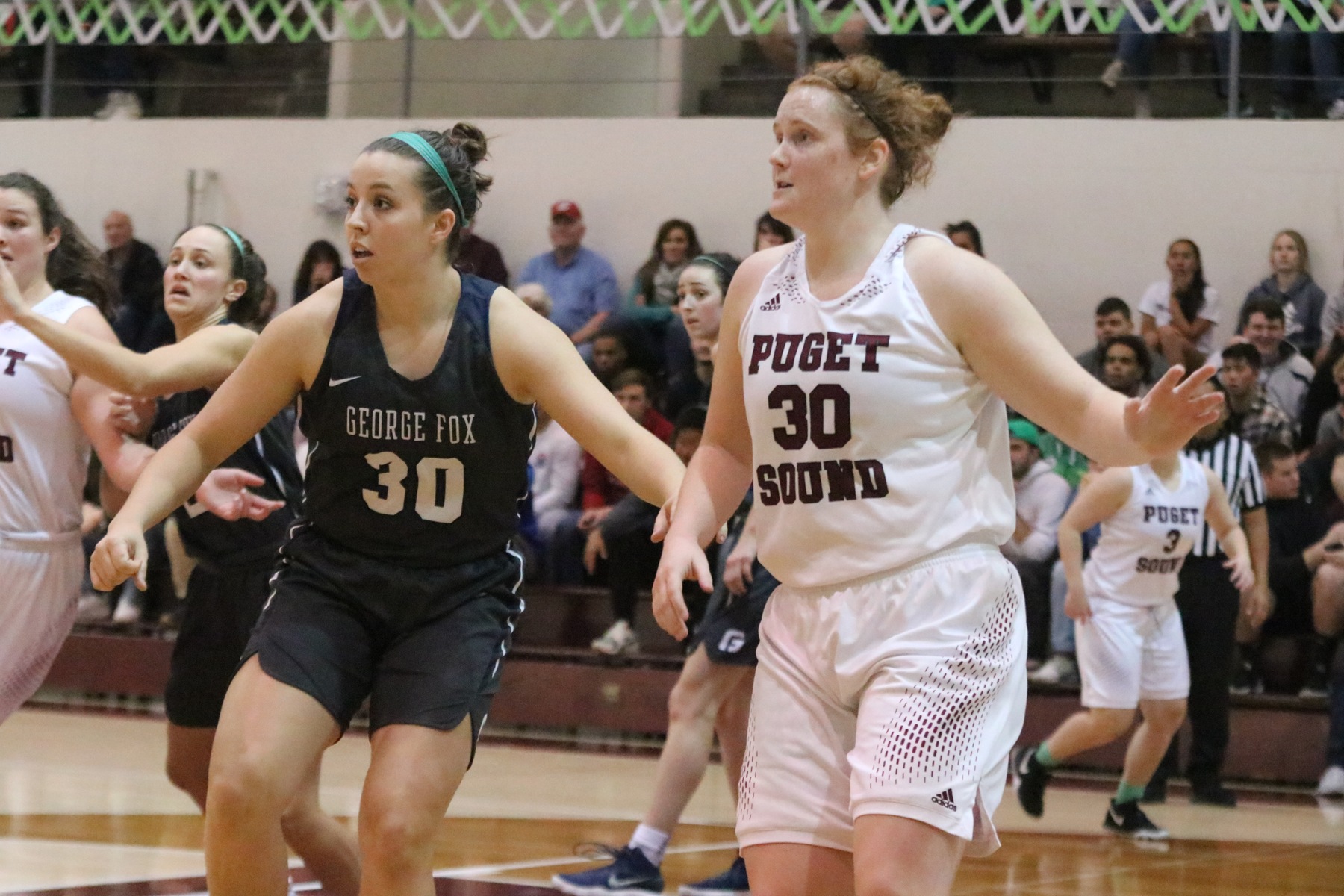 The women’s basketball team finished their season competing for a spot at the NCAA tournament in the Northwest Conference playoffs. Although the season is over, the team walked away with many accolades, including individual awards for graduating senior Elizabeth Prewitt.

Not only was Prewitt a co-captain of the team, but she also broke 1,000 points and ended her season averaging 15.8 points per game, fourth-best in the conference.

“My dedication to improving, hard work and support of teammates and coaches too, put me in the position to be successful,” Prewitt said.

Coach Kushiyama described Prewitt’s strength as a player: “Prew is so good because she has an extremely high basketball IQ. She’s very skilled and is extremely versatile. She’s the only player in our Conference who’s capable of playing all five positions on the floor. She knows what everyone on the court should be doing, then to have the ability to handle the ball, shoot the 3, post up and rebound. Very rare combination of abilities at our level.”

Not only is Prewitt recognized as an incredible player but she is also a remarkable teammate, as described by Henderson and Coach Kushiyama.

“Prew’s best leadership qualities are to do the little things and lead by example. Plus, she is incredibly humble. And as a teammate, Prew can be your biggest fan. She is the type of leader every team needs,” Henderson said.

A recent accolade for Prewitt was receiving first team all-conference alongside one other teammate, Jamie Lange, who was also recognized as one of the top players in the conference. Prewitt’s presence will be recognized for many years to come.

Often, players who spend four years in a Puget Sound athletic program make an impact on the surrounding players, but Coach Kushiyama stated that Prewitt provided more: “Prew’s impact on our program will be forever lasting. A 1,000-point scorer, top-10 scorer in program history and a three-time All-Conference performer who was part of a team that went undefeated in Conference, then to lead a young team back into the Conference Playoffs after a coaching change and overhaul of the team’s roster. It’s pretty remarkable what she’s been able to accomplish in her UPS career. She will go down as one of the best in program history.”

The women’s basketball team has faced several adversities in the last 2–3 years with a new head coach, players leaving the program and numerous injuries. Yet, Prewitt has led herself and her teammates to succeed and be competitors for this year’s Northwest Conference title.

Prewitt discussed this year’s team chemistry and culture: “This season we have used the theme ‘TOGETHER’ all year. The chemistry on the team very much represents that. Everything the coaching staff and members of the team have done have been with the betterment of the team as a whole. We believed in picking each other up, getting touches, forming huddles and smiling. That is our culture. While previous seasons had this element at times, I think this year had an even greater focus on it.”

Prewitt herself believes that integrity, grit, hard work and togetherness are the best standards to live by.

Henderson explains how these unspoken cultural norms played off this season and improved the team’s success: “Prew has influenced the team in a lot of ways this season, but I think a major thing she did for us was give us hope. Since the beginning of our season, she’s been dealing with injury but still has been able to have an incredible season. Prew always knew we would get to where we are now and she was able to build that trust and confidence in the rest of us.​”