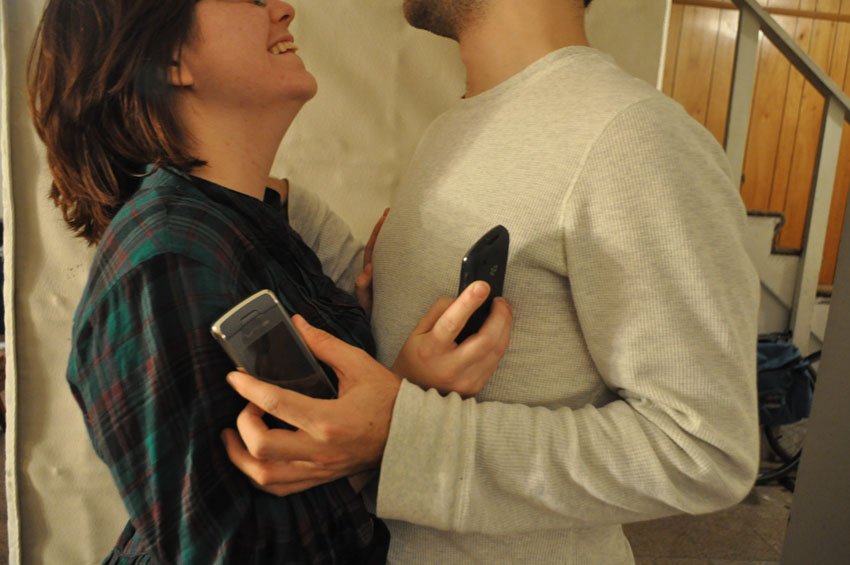 Kudos to you for putting down that cell phone and picking up this week’s edition of The Trail. Lord knows those things can seem like a phantom limb. What with everyone and their mom having one these days, it’s not surprising that with new outlets for communication, emerges some interesting situations (ab flash).

One of these interesting situations is sexting. Maybe you’ve heard of it from Dateline specials, which are concerned about our middle schoolers sending provocative texts to one another. Maybe you are a pro at sexting and are thinking about all the naughty texts or pictures you have saved up in your phone right now. Either way, it is safe to say that sexting does happen, and the resulting effect can vary greatly.

Now, sexting could go quite swimmingly; one great usage for sexting is in place of or in accordance with, phone sex – especially in college where some elect to date a special someone from a school in another city. The long distance thing can be a real pickle in terms of intimacy, so resorting to sexting is a possibility.

Perhaps you just want to give the object of your affection (whom you hopefully don’t objectify!) something to look at while they are thinking of you.  Sending pictures of yourself is a possibility while sexting.

Some caution need be exercised in such cases. Naturally, there’s a big difference between an underwear shot and something like a dick pic or the female equivalent. Whatever your level of comfort and/or bravery, you must stop and think for a second.

For one thing, you may trust the recipient of your sexts now, but things can, and often do, go sour. There is a phenomenon that occurs when romantic feelings are involved; it is easy to see a partner as able to do no wrong. Freakishly enough, scientists have found certain hormones and chemicals that are the culprit, such as oxytocin, which is released during coitus and increases feelings of attachment.

In other words, as the saying goes, you may be viewing the world from rose-tinted glasses.

It is crucial at this stage, if you are going to be sending digital copies of scandalous text or pictures, to step back and analyze the chances you will regret it if something in the relationship goes wrong. Sadly, shit does happen. Pictures or provocative texts can be dispersed to others, and what was once a dirty little secret can be your dirty laundry hanging out to dry.

If you are skeptical, do not hesitate to ask a friend as an objective third party. This person (hopefully) is not biased by the tunnel vision effect attraction can have, but take it with a grain of salt.

One option I would suggest wholeheartedly in place of sending a beau a naked pic of yourself is Sexy Skyping! Skype is easy to download onto your computer, and, depending  on internet speed, can be a great way to keep in touch. Or express that you want to be touched… RAWR! Go get ‘em tiger!