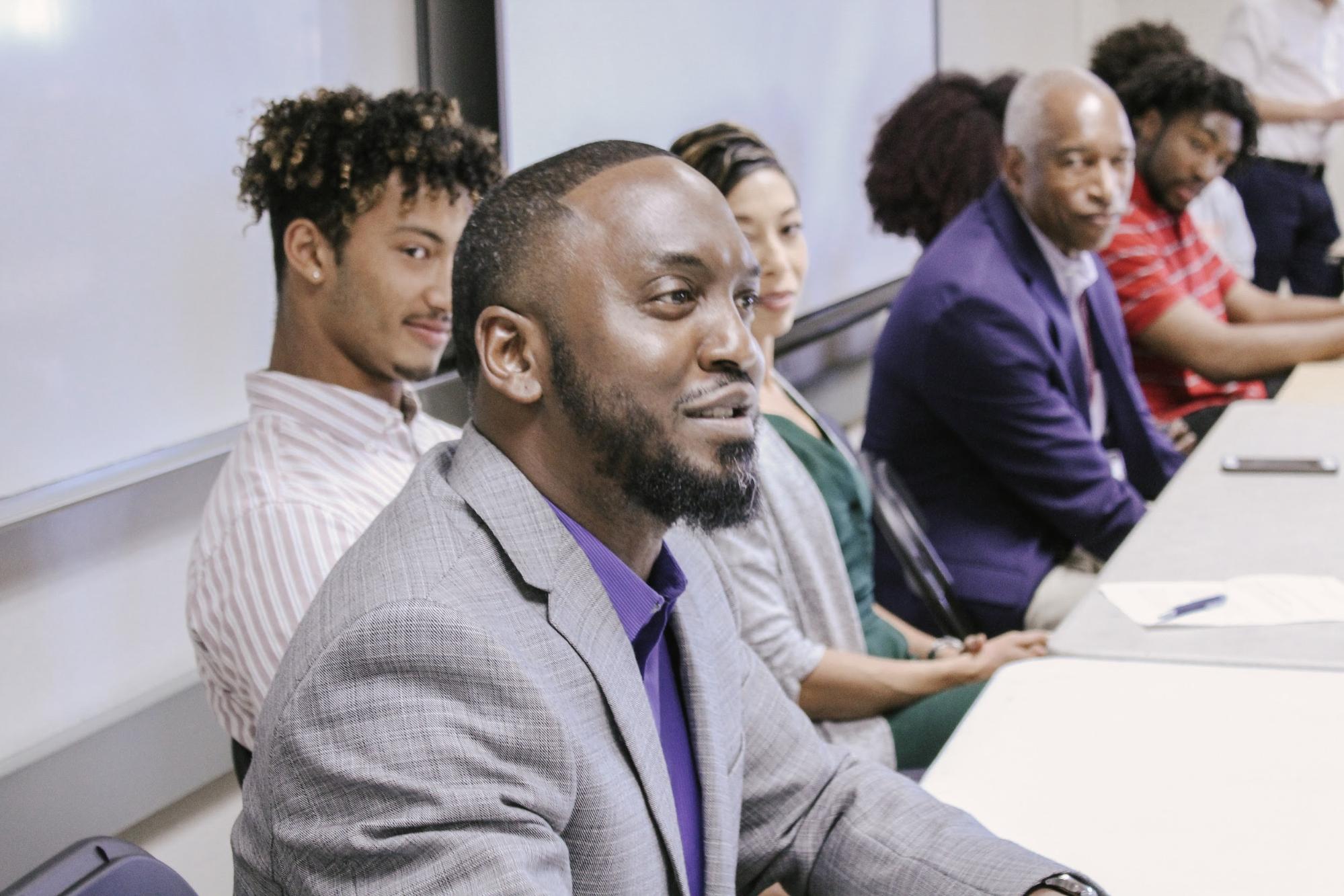 Rashad Norris ‘99 answering questions in front of a classroom full of faculty, staff, students and community members at the Athletics, Justice, and Race panel on Friday before the homecoming game — photo credit to Claire Weckl

The room was packed for the Athletics, Justice, and Race concurrent panel for the Race and Pedagogy Institute on Sept. 28. Attendees quickly filled up the seats then took up the rest of the space by sitting on the floor of the classroom in McIntyre.
The panel was made up of seven current and past students of color who played sports while at the University of Puget Sound. History professor Andrew Gomez moderated the panel.
Gomez’s first question was about the panelists’ initial reaction to arriving to campus.
“The University of Puget Sound was not a shock to me. I was used to being the only black athlete on my team from high school, and I felt like I could speak up in the athletic community,” Serwaah Fordjour ‘11 said. A majority of the panelists had a similar response as Fordjour.
“I would sit in the back of the class and look around and think, ‘I’m the only one in here; this is crazy,’” Rashad Norris ‘99 said. “I was just not ready for this, I was not ready for it mentally, socially, emotionally. The basketball team was cool but it was tough. I was told that the only reason I was there was because of affirmative action and I said, ‘No, I’m better at shooting than you and that’s why.’”
“I am from Hawaii. It was a melting pot, it was beautiful, but that ended the moment I stepped off the plane and it was horrible,” Mele Hunter ‘01 said. “My dad pulled me aside and gave me the talk, the ‘Some people will see you as black, as white or as nothing at all’ talk. My impression is that it was jarring and the hardest four years of my life but the BSU felt good.” The BSU is the Black Student Union at Puget Sound.
Jeremiah Hobbs ‘19 made a point that many other panelists agreed with.
“I noticed there are lots of expectations on campus to be a certain way as a black person so it feels like you have to represent the whole race because there are so few of us,” Hobbs said.
Gomez’s second question addressed the fact that the campus is seen as a place of activism.
“I was in the workplace for 44 years and my experience with discrimination and racism is that it is done on an individual level to you. It was one person doing that to me or trying to prevent me from achieving something,” Edward Horne ‘70 said. “My mom told me that I can do anything and not to let anyone tell me that I can’t do something.”
Many of the panelists discussed the value of the BSU.
“When I was here the BSU was very active, we were loud and it made others on campus feel uncomfortable even though we were just planning movie screenings and things like that,” Hunter said. “There was the n-word written on things so we organized panels like this one to address that.”
“BSU gave us a place to have real conversations where we didn’t have to whisper,” Norris said. “Something that I think is important always is having a safe space where people can go and say whatever we want in a space where we can’t normally do that. The biggest thing we do as a BSU is to have a safe space and be ourselves,” Todd Blakely ‘19 said.
“I think right now our student-athletes don’t have a lot of activism or strong voices and that needs to change,” Mara Henderson ‘20 said.
A person in the audience asked for advice for what she should do as her son is experiencing racism on another campus.
“The hardest thing in the world to tell our child is that is not the last time you will hear that,” Hunter said. “That is what happened to them but it does not define you, it is not who you are.”

Tags :and RaceAthleticsJusticeRace and Pedagogy 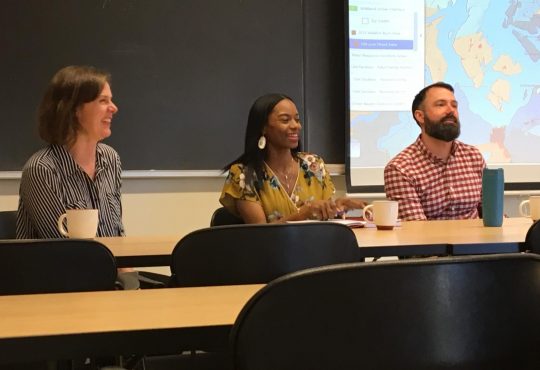