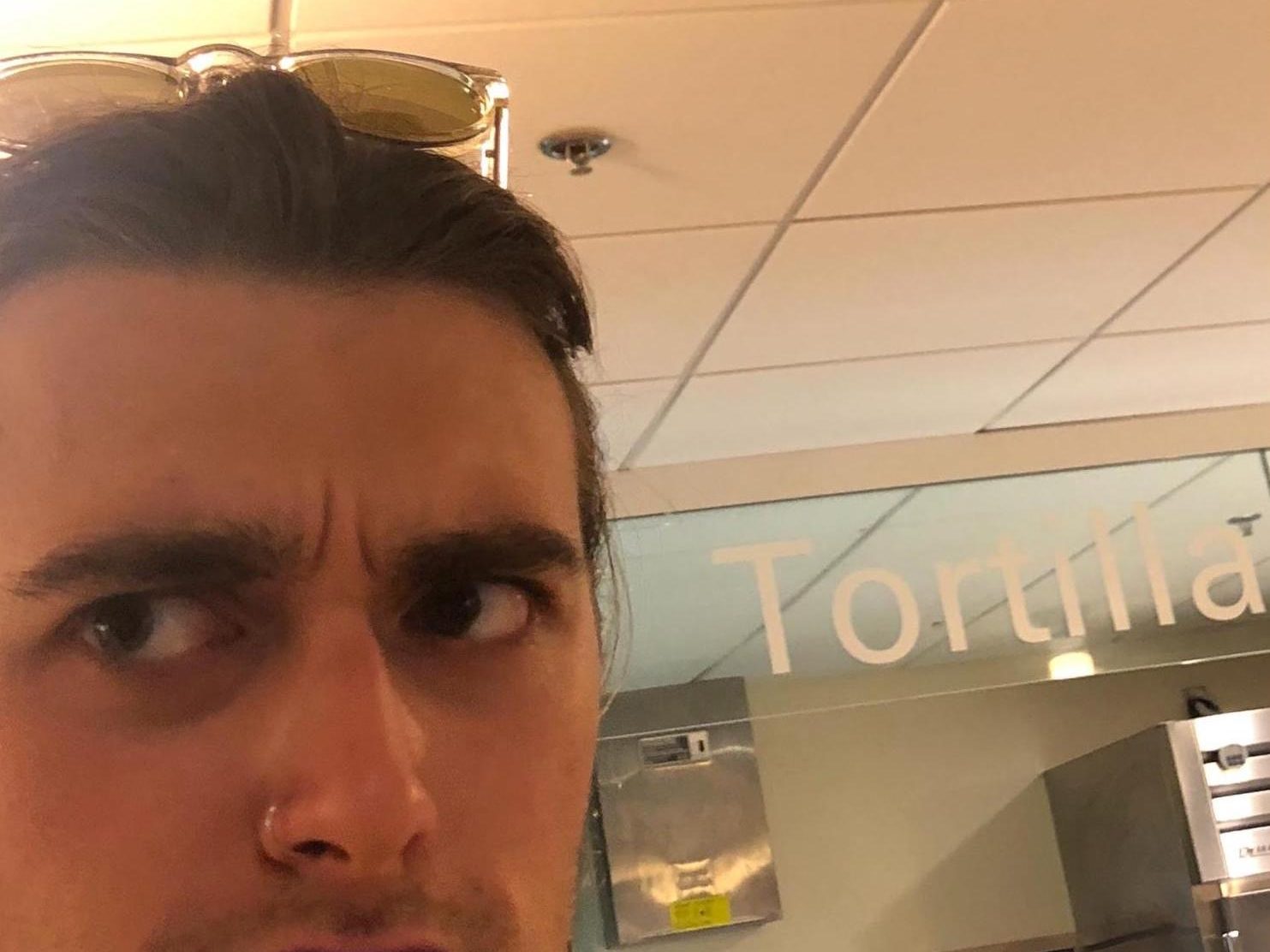 Perched in crow pose near the cream cheese fridge in the University of Puget Sound diner is 35-year-old super-senior Steve Schwartz. Schwartz has salt-and-pepper hair and is wearing khaki pants that zip around the knee (in case he wants to wear shorts). Schwartz has been in this position for three hours.

In the spring of 2019, Schwartz will (finally) graduate from Puget Sound. His 18-year college experience is not because of a prolonged break between high school and college. Rather, his delayed graduation is a result of the thousands of hours he has spent taking laps around the Diner, hoping that different food options appear.

The S.U.B. full-time staff use Schwartz’s location in lieu of clocks or calendars. “When he’s at the Tortilla station, it could be 8 a.m., 1 p.m., or 6 p.m.,” full-time staff Macey Stewart said. “It’s really special when Schwartz’s left little toe is parallel with the Chef’s Table’s fluorescent light — that means it’s a leap year!” Stewart went on to say that Schwartz’s current yoga pose near the cream cheese is indicative of a full moon.

Schwartz’s face is smooth except for two deep wrinkles where his eyebrows furrow. These wrinkles are a result of what Schwartz’s friend Dave Troy calls “the sub squint.” “He’s got it down: that face people make when they’re staring at the electronic menus,” Troy said. “Steve’s sub-squint wrinkles are so deep that a small koi pond could float in each one.”

The super-senior currently occupies five different residences in Tacoma. “I can never decide where I want to be,” Schwartz said, “so, why not be everywhere at once?” One of Schwartz’s residences is a double in Todd-Phibbs Hall. He has crafted his half of the room into an Airbnb and rents it out for $400 per night. This source of income is the way he is funding his 13-year graduation delay. The first-year who permanently lives in the Todd-Phibbs Airbnb receives a 2 percent cut and 20 Britta filters per month.

Schwartz has missed 700 classes from wandering the S.U.B. diner. “I usually start my morning with a gentle lap around the yogurt bar,” Schwartz said. Usually he isn’t initially drawn to the yogurt and granola options. “Once I’m warmed up, I move onto the Deli and do a quick sun salutation before I hold eye contact with each staff member for three minutes.”

Schwartz moves from the Deli to Grill, Allergy Friendly, Tortilla, Wok, Pasta, Chef’s Table, and finally back to the salad bar where he resumes the cycle. The Diner staff have found that Schwartz averages 90 laps per morning before sighing and filling up a bowl with yogurt.

“I am so excited to see my baby graduate,” Schwartz’s mother Carolyn said while rocking her eighth grandchild on her hip. “He was a year late out of the womb; doctors thought I was pregnant with a fleet. He’s always done things on his own time.”

Carolyn explained that during elementary school recess, Schwartz would wander between foursquare and basketball for so long that he’d never get to play.

“My son struggles with most commitments, but he is severely committed to indecision,” she said.

Schwartz is also ready to graduate. “The Diner feels like an extension of my body, but, I’m pretty sure — well, maybe I’m not so sure — that it’s time for me to graduate.”

In a rare moment Schwartz departed the S.U.B. and walked to the basement of Wheelock. “Oh man, which Puget Sound shirt should I wear under my graduation gown?” Schwartz asked as he began to circle the campus bookstore. 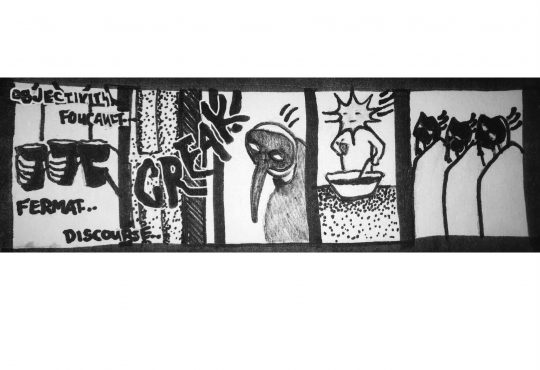 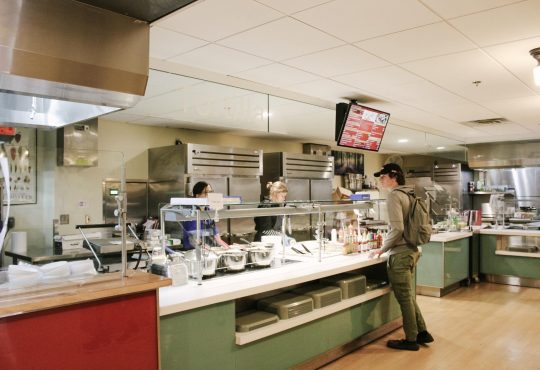 Chicken and waffles: a discussion