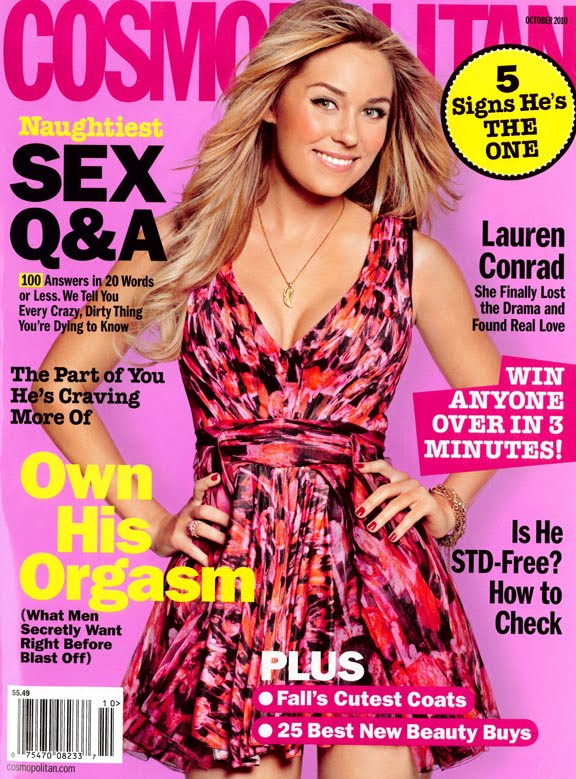 Imagine, if you will, that you are getting intimate with a partner who, for the sake of visualization, is a guy. Things are getting pretty heated, and recalling a particularly unorthodox tip in the most recent Cosmopolitan, you take out your secret weapon: a donut.

If you are anything like me, your first thought is, “ew.” Second off: “um, ants between the sheets? No thank you.” Third, “seriously?” Unconventional sexual experimentation can keep things interesting, but this Cosmopolitan author missed the point.

Magazines like Cosmopolitan do more harm than good. I used to browse through friends’ issues in early high school. After avoiding it for a year or so, I found myself flipping through the pages recently. In contrast to being released from its subconscious spell, I noticed a significant blow to my ego. I actually caught myself being more self-critical.

When the idea is reinforced that everyone – no matter how confident or content – should constantly strive for perfection, no one wins.

By generalizing the female and male experience, the authors encourage passive sexuality, self-modification via makeup, hair products, exercise regimens and dieting tips, all of which enforce gender norms that pressure both sexes.

There is an undercurrent hinting that to attract a partner you have to look, think and act a certain way. Women must be the perfect combination of “flirty” and “hard to get,” while men are expected to flex their masculinity by making the first move.

In the past I have felt too forward sexually. As a passionate person, I strive to ditch coyness in favor of honesty. I do not fit into the mold of the stereotypical woman that Cosmo assumes its audience is comprised of, and it is of my most sincere hope the women between those pages are in the minority.

Another problem is that Cosmopolitan epitomizes heteronormativity – the assumption that sexuality is confined to being between a woman and a man. Where do homosexual, bisexual or transsexual parings fit in? Two women would have a much harder time pulling off the donut trick.

Other qualities, too, are omitted or underemphasized: kindness, self-reliance, intellect, culture and philosophy, to name a few, which should be encouraged over having a “beach-ready butt.”

Cosmo recognizes that women want sex just as much as men, I’ll give it that. But it bogs the reader down with too many specifics of when to do it, how to do it and what it should feel like where it should emphasize self-respect and open communication between partners.

We must remember that love and sex are more than paradigms or strategies. One’s life and happiness are not contingent on their appearance and the presence of a heterosexual mate.

Celebrate your own sexuality, just as it is. Only then can you respectfully appreciate a partner’s.