Meet the new senators of ASUPS

The fall 2014 ASUPS Elections ended on Friday, Oct. 31, and the results are in for the new representatives. The new students fulfilling these six positions will represent many different aspects of University of Puget Sound students in the coming year.

Kent Busson is a junior with a major in biology and minor in chemistry, and he is from a town in northern Idaho called Hayden. After gaining experience in other leadership outlets like Greek Life and Residence Life, he wanted to reach out to a broader depth of organizations on campus in order to voice the opinions of minorities and foster open-mindedness and acceptance.

This year he hopes to plan a senate project that addresses resource availability for sexual assault survivors while nurturing a new culture of consent here at Puget Sound.

“I applied to be an ASUPS senator to become the candidate that voices his constituents’ needs and desires to make this campus a more inclusive, safe and comfortable environment,” Busson said.

A fun fact about Kent is that he backpacked around Loch Ness in Scotland last summer for 54 miles.

Leanne Gan is a Junior from Pasadena, California and is majoring in Communications and Studio Art with an emphasis in Printmaking. She was written in to be the On-Campus House Senator and accepted after being notified.

“Hopefully I can get  printers for the on-campus houses on Theme Row and Alder,” Gan said. Leanne loves Latin America Tuesdays at the S.U.B.

Will Winston is a junior from Portland, Ore., studying Psychology and Spanish. Winston applied to be on Senate to interact with students and organizations in ways he was not accustomed to, believing it to be valuable experience and a great opportunity to be more involved on campus.

“I’m already pretty stoked on the group of people I’m working with— I think it’s going to be a good year,” Winston stated. Will admits that he owns a tarantula.

Kaitlyn Vallance is serving her second term on ASUPS. She is from Rancho Cucamonga, Calif. and is majoring in English and History with a minor in Gender Studies. She chose to apply again to gain more contacts and resources in order to better represent unheard voices on campus, including sexual assault victims and non-binary individuals.

“This year I hope to continue to put pressure on the administration and staff to continue working to create safe spaces and safe policies for underrepresented individuals. There is a lot of good work that happens here, but good is never enough,” Vallance stated. A fun fact about Kaitlyn is that she was involved in writing a lot of Harry Potter erotica in high school.

Andrew McPherran is a first-year student from Beaverton, Ore., planning on majoring in Business and Computer Science. He chose to apply to ASUPS in order to address concerns that he noticed throughout a normal day at Puget Sound. Already listening to students’ opinions, he wanted to address student problems that he has encountered so far.

“As a computer science major and a Network Services employee, I’ve heard an overwhelming number of complaints about the internet connection on campus; so one of my more specific goals for the year is to organize a student-led effort to get more bandwidth on the network that serves the residence halls and Wheelock Student Center,” McPherran said.

An interesting fact about Andrew is that he loves to drive, especially when he can reach the perfect combination of driving on a great road, with a great song, and with weather to match. 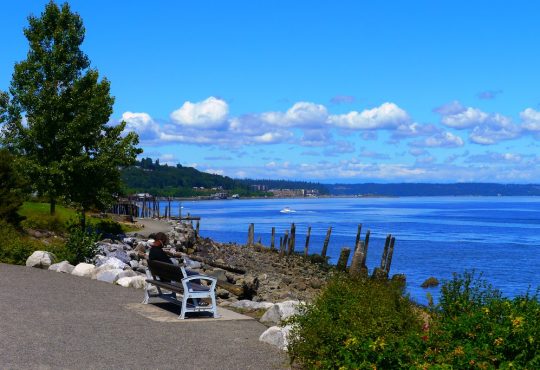