Men’s soccer has two very different games over the break 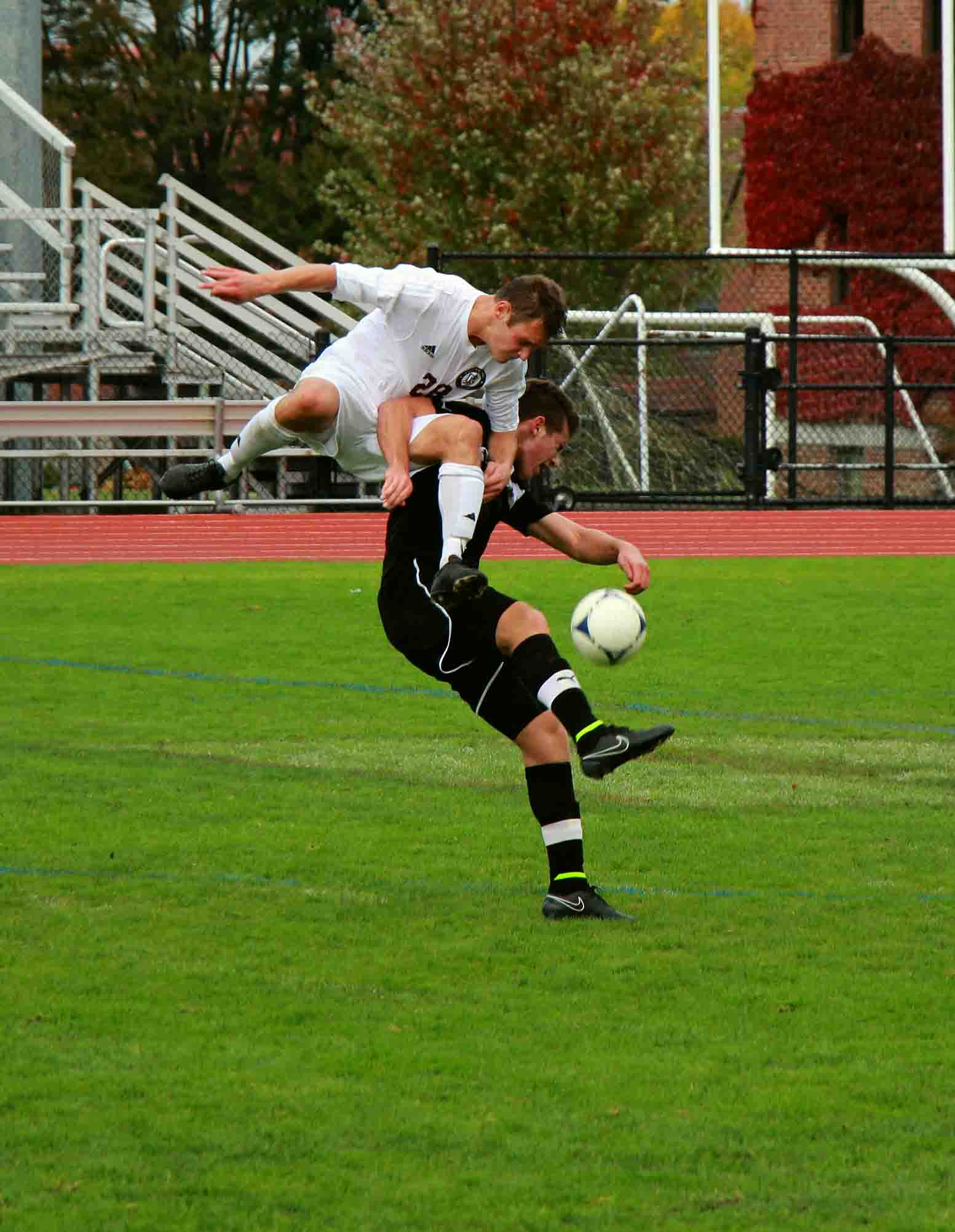 The Loggers were firing on all cylinders from the opening whistle and early pressure on the Whitman defense caused them to concede a penalty kick as a Whitman player handled the ball in his own 18-yard box.

Landon Gauthier (Fox Island, Wash.) stepped up to the spot and sent the ball sizzling into the back of the net to record the first goal of the day for the Loggers with less than two minutes on the clock.

Gauthier was on the score sheet again a short time later, putting the Loggers up 2-0. Sean Ryan (Mill Creek, Wash.) and Sam Zisette (Seattle, Wash.) combined in the build up to Gauthier’s second goal of the day.

Ryan played Zisette down the right wing and Zisette bent the ball into the box to find Gauthier who headed past the Missionary goalkeeper.

The third goal for the Loggers was a combined effort between Ezra Kraus (Harvard, Mass.) and Cameron Lorek (Claremont, Calif.).

Kraus played Lorek into a difficult position but some creative dribbling took Lorek past multiple defenders and on to beat the goalkeeper one on one to put the Loggers up 3-0.

The Logger defense was stellar all day, only allowing two shots on target in the entire game.

Goalkeeper Nathan King (Preston, Wash.) denied the Whitman attack in the last minute of the game to notch another clean sheet win this year.

The Next game for the Loggers was a much harder fight against the Linfield College Wildcats.

Lorek lead the charge for the Loggers this time, scoring the first goal in the game in the 30th minute after he entered from the bench three minutes earlier.

Lorek looked as crafty as he was against the Missionaries, dribbling around multiple Wildcat defenders to swerve the ball around the Wildcat goalkeeper for the Logger’s first goal of the afternoon.

The Loggers went into the half with the only goal of the game so far.

The second half saw a bevy of goals scored for both teams.

Andrew White (Steamboat Springs, Colo.) tallied both goals for the Loggers in the 71st and the 80th minute.

The Loggers surged forward after they conceded a goal to the Wildcats in the 69th minute.

Ryan combined in the build up with Zisette who swung a ball into the box to find White who headed home after the Wildcat keeper miscued trying to catch Zisette’s cross.

The Wildcats weren’t content with a draw and scored to level the game at 2-2 in the 78th minute.

With almost formulaic response, the Loggers took the lead two minutes later off of another header by White.

This time it was Sam Naatz (Salt Lake City, Utah) who took a free kick that found White’s head in the box.

White’s second goal was enough and the Loggers beat the Wildcats 3-2.

With help, there still is a chance for them to move on so go support.