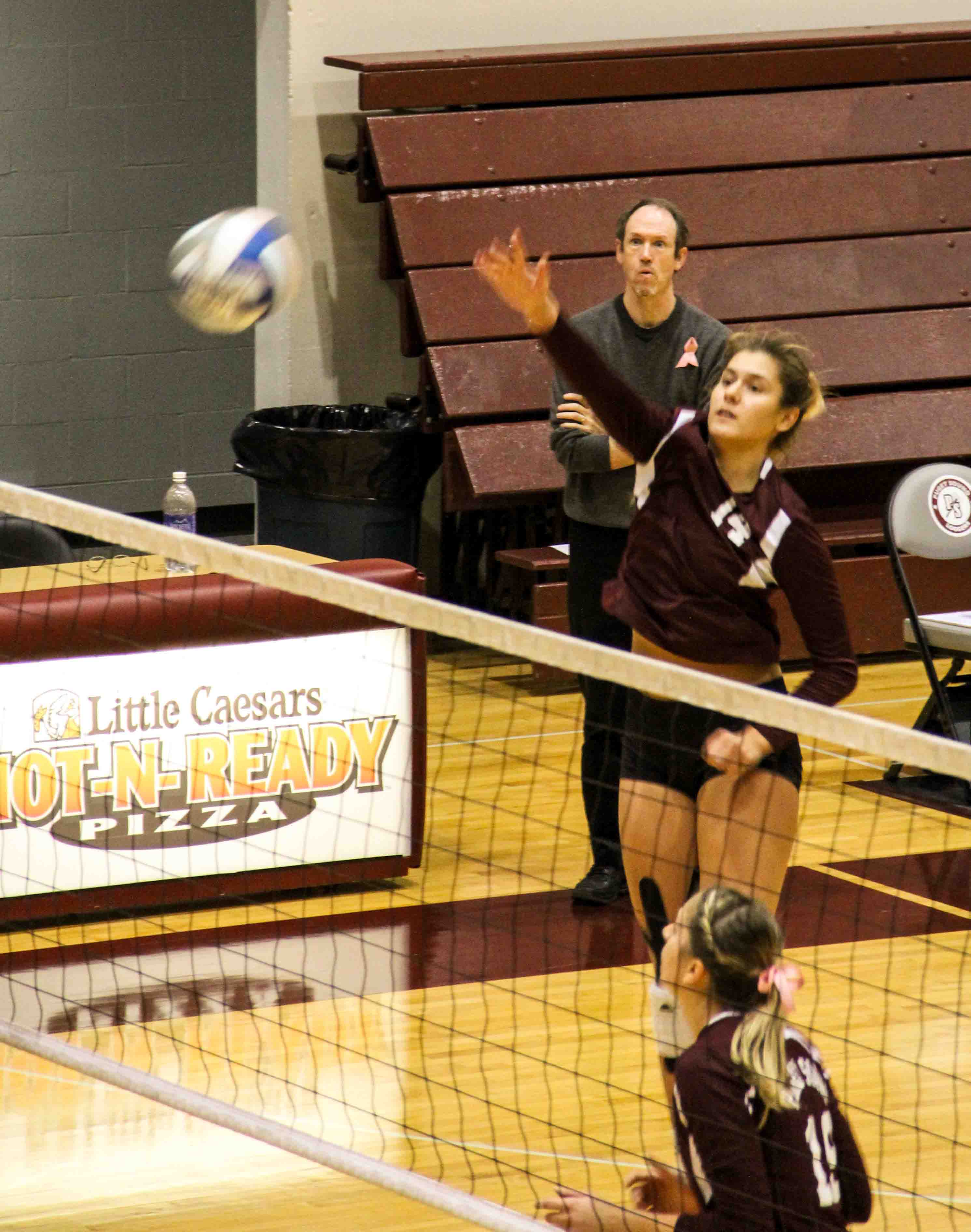 The volleyball team fell to Willamette University three sets to one. Willamette took a four to zero lead in the first set before the Loggers went on a six to zero run.

Willamette eventually game back to take the first set 25 to 20.

It was a hard-fought set that put the Loggers in a two to zero hole.

It was a bleak situation for the Loggers, but they have come back and won two conference games after being down two to zero.

Unfortunately the Loggers were not able to complete the comeback.

They played to their potential in the third game and won the set 25 to 18.

Willamette finally closed off the game with a 25 to 21 win in the fourth set.

First-year setter Moira McVirar (El Dorado Hills, Calif.) had her 12 double-double of the season with 27 assists and 17 digs for the Loggers.

“Our performance against Willamette was very disappointing. We had just changed our line up 24 hours before the match because of injuries,” junior middle blocker Emily Convery (Portland, Ore.) said.

There was no residual effect from the Willamette loss the next day when the Loggers played Lewis and Clark.

Lewis and Clark dominated the first set with a 25 to 14 win.

The next set was much closer, as the Loggers were able to scrap together a win.

“After the first set against Lewis and Clark, Mark [the head-coach] told us that our hitters needed to be more committed to getting kills,” Convery said. “We needed to play with more confidence and positive energy, so going into the second set we tried to play with more intent, more communication and way more positivity.”

Lewis and Clark were up on the Loggers 22 to 19 at one point in the match.

The Loggers used a four point rally to even the score at 24 to 24.

After an exchange in many points the Loggers finally won the set 29 to 27.

Reynaud is the only senior on the volleyball team this year.

Smith and other members of the volleyball team felt they played at times very well during the weekend. They said they need to work on consistency.

“Our [the volleyball team] struggles on the court comes with our age, because we are young we are still developing that sense of cohesiveness that teams need in order to win consistently, but taking that into consideration, we have performed way better than any other team expected us to,” Smith said.

The Loggers are now in third place in the Northwest Conference standings after the two games.

Pacific Lutheran University and Whitworth are tied for first.

They lead the Loggers by two games.

The Loggers conference record is eight and four and their overall record is nine and 12.

They finish their season with Pacific on Oct. 31, George Fox on Nov. 1, PLU on Nov. 5, and Linfield.