The Trail
HomeHighlightsStudents rally to ‘Take Back the Night’
HighlightsNews

Students rally to ‘Take Back the Night’ 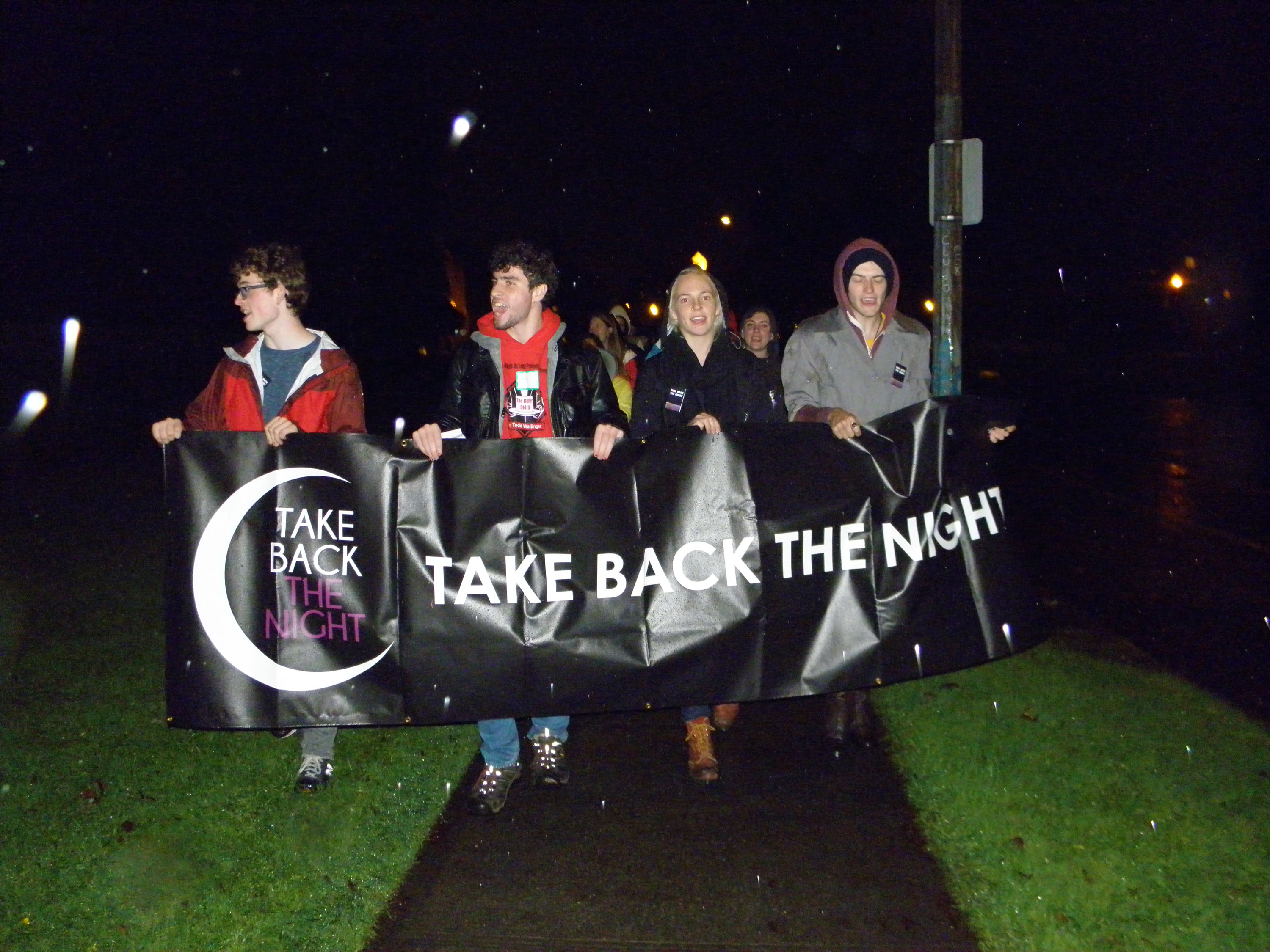 On Nov. 3, more than 50 members of the Puget Sound community took part in beginning the fall Take Back the Night event. The night’s event consisted of a march around campus, followed by individuals sharing stories of their experiences with sexual assault.

The start of the rally took place in Wyatt atrium, where the partakers gathered to begin the march. Pamphlets about Green Dot, Peer Allies and methods of handling cases of sexual assault were available for all attendees.

Marching directions for the first part of the rally were then given by Lindsey Conrad, student coordinator for the Puget Sound Sexual Issues, Relationships and Gender Education organization.

Following the directions, Associate Professor Alison Tracy Hale spoke on the importance of the event and its significance to Puget Sound. “Take Back the Night is important because [it] is one physical, public way to claim public spaces and to assert that those spaces need to be safe—that no one has the right to intimidate, harass or hurt us,” Hale said.

The demonstrating members then began to march in the face of rain, wind and cold, carrying signs and banners as they took to the streets. Simone Quinanola, Events Team Manager for Wetlands magazine, led chants through a megaphone, such as: “Join together / For our lives / We will not be victimized!” and “Claim our bodies, claim our right / Take a stand, take back the night.”

“The turnout was good, despite the weather,” Quinanola said. “It’s good to make a statement about such a public issue—not on this campus only, but on campuses around the country.”

The demonstrators circled the University before reconvening in Wyatt, where Visiting Assistant Professor Renee Simms introduced the public discourse by talking about the importance of narrative in the cases of sexual violence.

“The numbers alone are less compelling than stories that illustrate their significance,” Simms said. “This is where the power of narrative is useful.”

Members of the campus community were then invited to voluntarily express their history with sexual assault. Some are friends, some are family, and some are themselves victims of assault, at Puget Sound and elsewhere in their histories.

Conrad said that this is just the beginning of Take Back the Night’s plans at Puget Sound. Films, training, and other events will be taking place over the course of the fall semester.

“I think it’s really important…to keep creating these spaces…and at the same time, it’s also devastating, because we shouldn’t be needing these spaces,” Conrad said.

Peer Allies, Green Dot, CHWS and other student organizations are all available for members of Puget Sound who experience or observe incidents of sexual assault.