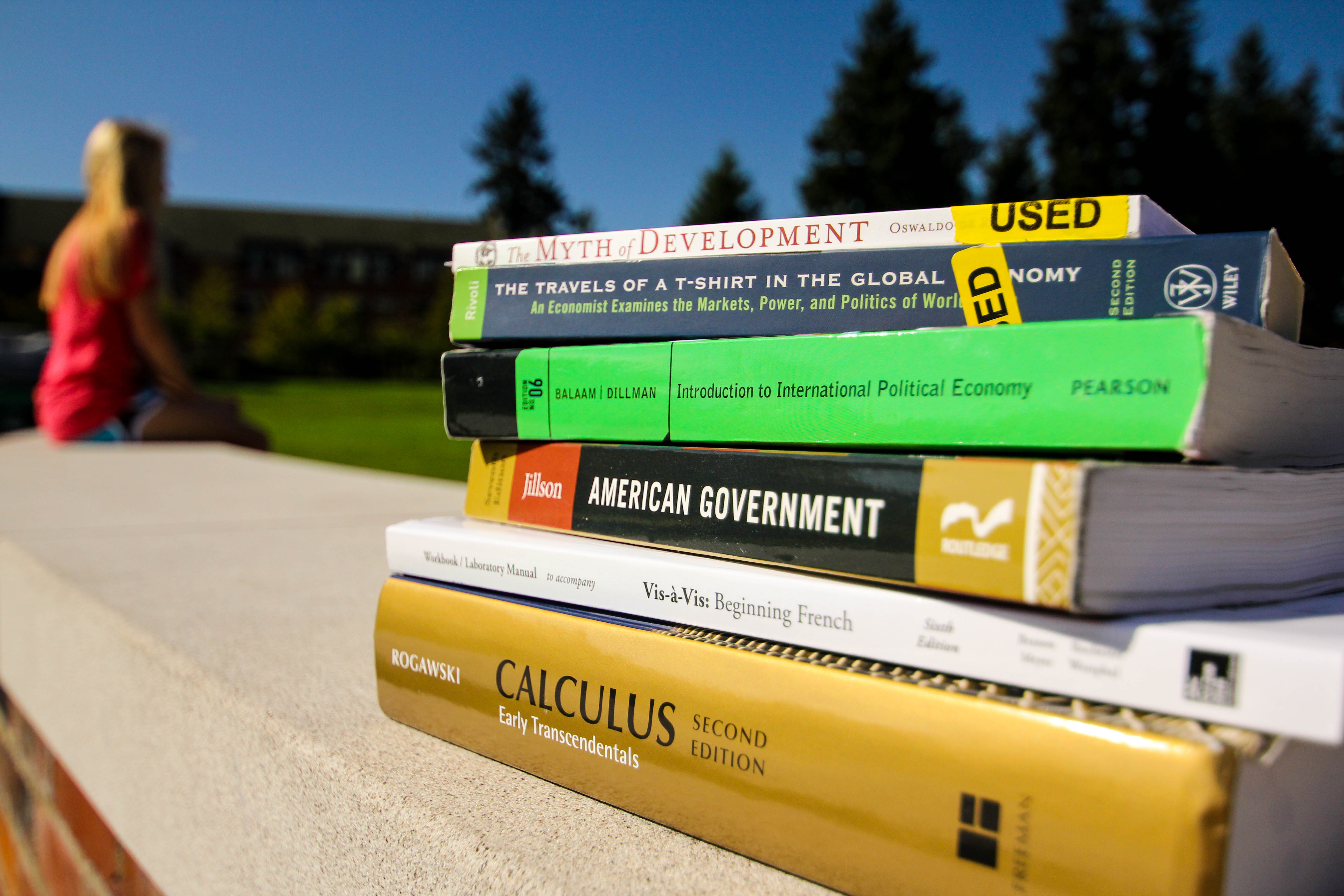 Textbooks: Students should find other ways to get books, which can cost more than $1,200 per year.

Textbooks are now the value of gold.  Or they might as well be, according to a report made in the U.S. News Daily. Allie Bidwell writes that the price of textbooks has increased nearly 82 percent in the past decade. We’re in the midst of a pandemic, the primary symptom being price inflation (which sounds absolutely infectious).

The price of textbooks is such a common outrage that it’s simply become an inescapable truth.  Textbooks, though sold at an ungodly, extortionate rate, will most likely remain the price of a yacht (or several). College Board recently published a Quick Guide To College Costs that estimated a student spends an average of $1,200 per year on textbooks. It wouldn’t come as a surprise if a student wallet rehabilitation center had existed, what with those figures.

When asked how much money she had to spend on textbooks this semester, sophomore Rachael Garrison said, “It was as if I was mugged, yet then given a book to remember the experience by.”

It’s a shaky recovery for the victims of the campus bookstore; help out those in need. College expenses are a trite topic among students. The familiar question, “Why are textbooks so expensive?” has grown stale with overuse.  It’s no longer a matter of finding an answer to that question, as it is to express great bouts of distress at its mention (commonly expressed in a guttural groan). Yet, surely the exponential increase should warrant some explanation.

Publishers claim production of a textbook is very costly.  Priceonomics recently published an analysis breakdown of the price of a single textbook.

Writer Zachary Crockett begins with bookstore markup.  When a student purchases a book at their campus bookstore, a percentage of that cost is an additional bookstore markup, usually between 25-28 percent.  This percentage is used to cover the costs of running the bookstore, such as employee salaries, utilities, taxes, etc.

Crockett goes on to quote Charles Schmidt, representative of the National Association of College Stores, saying that, “college bookstores make a profit of only 6.3 cents from every dollar spent on a new textbook.”

While the bookstore’s markup accounts for 20-28 percent of the price you pay, the majority of the cost can be attributed to the publisher.

Publisher’s cost, otherwise known as marginal production cost, is another contribution to the total price of a textbook. The marginal production cost is the price to physically manufacture a single product, which essentially is contingent upon the expense of paper, ink, binding and printing fees. Ergo, marginal cost comprises approximately 5 percent of the total.

Author royalty is roughly 15 percent of a book’s sales. Editorial costs equate to about 32 percent, in order to reallocate the salaries of the employees who produced it. 15 percent of a publisher’s budget for a book is dedicated to marketing.  Shipping accounts for 1 percent of costs. And general company overhead, which includes property fees and advisory fees, totals to about 10 percent of sale revenue.

We are left with 22 percent of our books’ wholesale price. From this profit, taxes and other costs are taken.

In summary, publishers are the definitive factor in what students pay for books.

Students have begun to adopt other methods of acquiring textbooks that sidestep high costs.  It’s become easier to access texts online or search for cheaper copies on Half.com. The National Association of College Stores claims that the more students glean their textbooks from other sources, the more publishers need to charge for new copies in order to recover their costs.

Yet students shouldn’t be penalized; it’s much more important for students to attain a textbook through other means, at a price they’re comfortable with, rather than risk foregoing needed materials for class.

Despite the rise in prices, students should make an effort to boycott textbook publishing to send a message to the textbook industry that their prices are unacceptable.

In recent years, college students who are eager to find affordable and rentable textbooks frequent sites like Chegg and Bookrenter.  Both organizations have begun to challenge major publishers to make academic content more accessible.

Not to mention, open-source textbooks are gaining recognition as a feasible replacement to traditional alternatives. It would be best for students to embargo the textbook publishing industry until a solution is proposed for the exorbitant rates of college prices. Pirate away.