It was a good problem to have. Trimble Forum was at maximum capacity. Dozens more people piled into the room as some of the facilitators grabbed an extra table. Overall, Tuesday night’s Bros and Breakfast talk was overwhelming, right down to the dense, delicious, cardamom-infused pancakes being served in the entryway. This event was just the beginning.

Though the target audience for this event was masculine-identified people, all types were present and eager to participate. After everyone was settled in, Director of Student Conduct Frank Cirioni created the urgent, determined and open atmosphere for the night. He is new to his position this semester, and not only did this talk help him assert himself as an indispensable resource for students, but helped the audience understand the weighty importance of the night’s topic of toxic masculinity. He claimed to have first thought about taking a lighter approach to his introductory speech, but he said, “The more I thought about it, the more I considered it a unique opportunity that I may not have again,” and so he had no trepidation when directing the conversation towards its most urgent objective: tackling rape culture.

“Ages 18 to 24 is when people are at their maximum vulnerability [for sexual assault],” said Cirioni, so college students need to be the most aware of how to tackle rape culture, not only due to their status as the next generation looked upon to generate change, but due to how closely this toxicity can impact them. Cirioni went on to summarize research that breaks down misconceptions about how sexual violence happens, and explained the power we have to navigate this problem.

Cirioni, along with coordinators Jae Bates (sophomore) and Aryeh Conrad (senior), were careful to emphasize ground rules regarding self-care and respect for others before launching into the discussion-based portion of the event. These rules were not in any way restrictive. Instead they were just the opposite, providing a platform for people to safely open up to strangers in ways that aren’t always available in one’s everyday routine.

Each table, now seating about seven or eight people due to the large turnout, had a different designated topic under the umbrella of toxic masculinity. The diversity and scope of the subjects only highlighted the complexity of this cultural phenomenon. A table open for discussion about male victim shaming stood not far from one about power dynamics and masculinity in youth and family settings.

It seemed that any platform, space or subculture within society has been immersed in masculinity in some way, and that it can be readily deconstructed. Each moderator opened their discussions with a willingness to engage other students with their topics, but also to navigate the conversations as new paths began to form.

The table tackling masculinity and youth began fairly simply, with students discussing childhood role models for masculinity. Then the conversation began to whir. The students explored how masculinity compromises space for femininity, how masculinity takes over the workplace, the way gendered language changes our way of thinking and so much more in just a short half hour. Everyone spoke from personal

experiences, and those were where they found truth. Even at that small table, it was apparent that the men present dominated the conversation at first, but as the discussion opened up and everyone became comfortable enough to make themselves vulnerable, all voices were heard. Together, they reflected upon how simple actions and phrases can reinforce an entire cultural mindset. Awe spread across one man’s face mid-sentence as he realized how contradictory many of his ideas of masculinity were.

In just an hour or so, many gateways had been opened, and none had closed. Those in the room had just touched the first layer of a plethora of topics that went far broader and deeper than anyone could imagine.

Jimmy Kelloway, a sophomore, had felt the momentum of the conversation and hadn’t wanted to stop. “Honestly I think that this could be a monthly thing. I think that this should be a monthly thing,” he said. “For me personally, these events give me a way to talk about stuff that I don’t seek out all the time in my everyday life, and I love talking about it…I realize the impact of things that I don’t even recognize.”

Kelloway had uncovered multiple facets of his upbringing and started seeing them through a new lens, never quite realizing how much they reinforced a masculine cultural structure. His eyes lit up as he recited the Boy Scout anthem from his youth for the table, and the rest of the students followed in breaking down exactly what it was saying. The fact that the conversation started picking up as time ran out showed him what a gradual process these students are now taking part in.

By having conversations like this, Puget Sound has the potential to accelerate social change, and it is proving to be a worthy environment to do so. The eagerness and responsiveness of those in the crowded room were positive indicators. Kelloway noted that being a member of a fraternity here actually prompted him to seek out more of these sorts of social events, saying it has been a window for him and others to assess their place. “I loved it,” said sophomore Connor McDaniel. “It created a space for necessary conversation. [Toxic masculinity] is very present, and the only way to reverse that is if these events happen.”

McDaniel expressed a desire to touch upon every topic the event offered for discussion, and thought if this conversation reached other campuses, or even community centers and high schools, society as a whole could gather the tools necessary to start tackling these forces which create limitations, and sometimes very real dangers, in our lives.

Those who attended Bros and Breakfast appeared unified, and successfully immersed themselves in a safe space for vital conversation. College is a transformative time, and is therefore the best place to catch people for a transformational chat. Perhaps with the success of this event propelling the deconstruction of masculinity, the campus can change the way these structures shape society, and steer it away from inflicting harm. 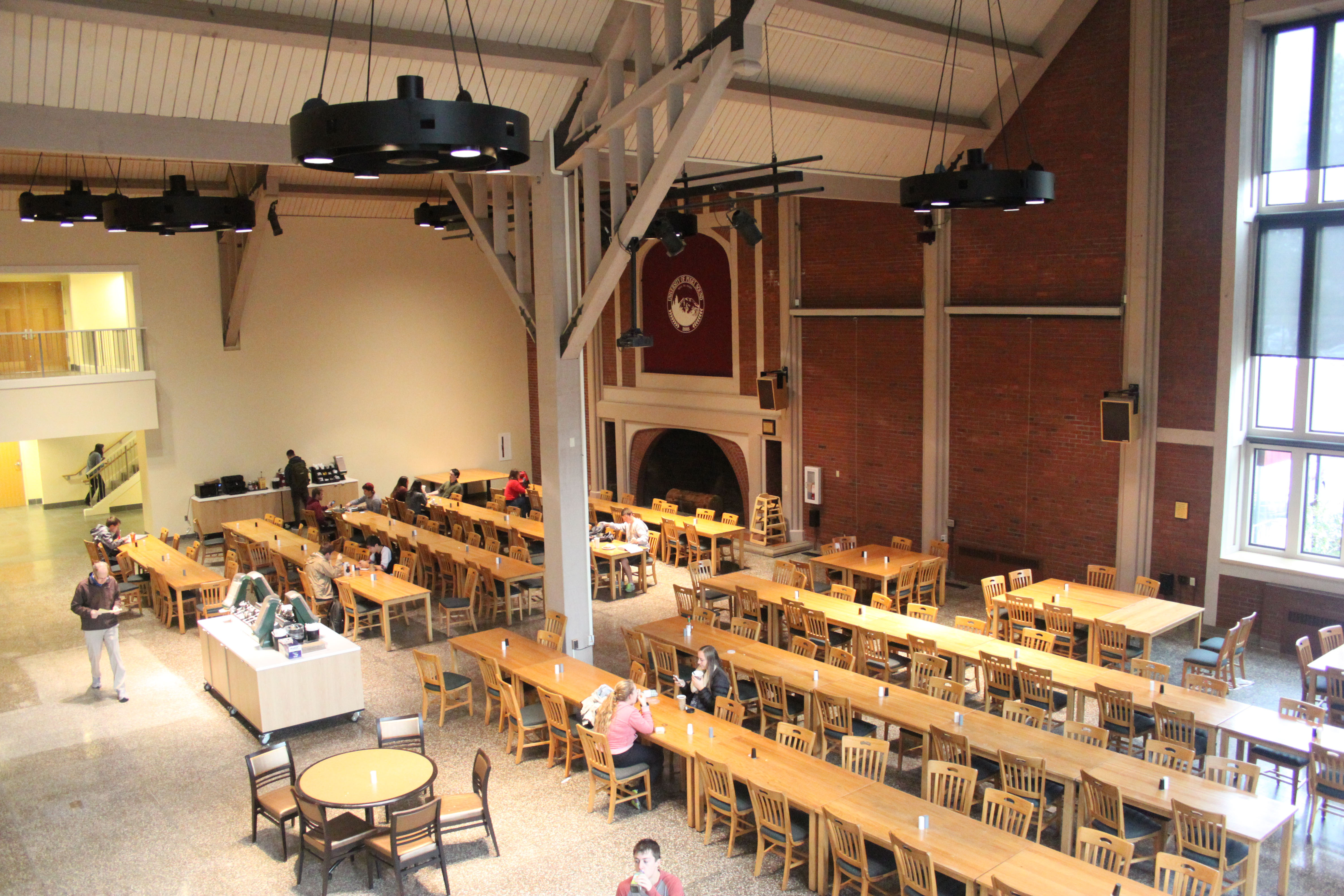