The Trail
HomeOpinionsFinal examinations are not the best way to test student knowledge; more creative assessments could serve them better
Opinions

Classes are finally over, and students all over campus are celebrating their freedom.  Come Sunday, however, one thought will be plaguing nearly every student at Puget Sound: final exams. From an outside perspective, it seems like there isn’t really a point to them since they will mostly be testing students on concepts they’ve already learned, so why even bother?  The thing is, they might not be so terrifying for students if they weren’t worth such a huge percentage of the student’s grade.  So much so that this one last test could actually end up lowering the student’s grade a full letter or two.

For students like sophomore Natalie Temple this effect is even more devastating. “I’m just not as good on exams as I am in other works,” she said.  She, and many students like her, simply aren’t good test takers.  It’s not that they haven’t learned the material or that they left their studying until the night before, it’s just that as soon as they sit down with the actual exam in front of them, they instantly forget everything they spent so much time studying.

However, this kind of freezing up doesn’t happen to everyone, and some students actually do see the benefit in final exams. Many science majors, for instance, are actually glad they have a cumulative test at the end of the semester.  Samantha Burch, a first year and aspiring pediatrician, had just this opinion.

“Without being forced to go back and reapply yourself to subjects, you won’t be able to remember stuff for the next course,” Burch said.

It’s true, many science classes, especially introductory ones, are based primarily in rote memorization of basic facts.  The goal of the course is for students to come out of it knowing the information so they can then apply it in future courses they take.

For science majors, a final exam makes perfect sense. When it comes to other disciplines, however, the benefits of exams become fuzzy.

When commenting on Harvard University’s decision to do away with final exams, Jonathan Zimmerman, a professor at New York University, said, “By discouraging exams, then, Harvard is hardly forsaking academic rigor. Instead, it’s clearing the way for a more engaging, challenging and truly educative college experience.”

According to Zimmerman, all final exams do is require a student to memorize information, but not synthesize it.  He argued that if students were somehow tested on their knowledge of the course’s material in an alternative and more engaging way, they would ultimately come out of the class with a better understanding of what they were taught than if they had to sit down and write facts down on a piece of paper for two hours.

The most feasible solution to this is the final essay, which definitely does not require rote memorization.  In fact, if a student were to hand in a final paper comprised only of  a comprehensive list of the facts they learned in a particular class, they would almost certainly fail.  This is because the point of the essay isn’t to show how much you’ve learned, it’s to show how well you’ve learned what you did.  To write a successful essay, the student has to take one or two concepts from their course and analyze them thoroughly in order to find a deeper or more powerful meaning, which gives the student exactly the type of college experience Zimmerman prefers.

Essays, while probably not the first thing someone chooses to do in their spare time, can actually be much more fun and interesting than an exam.  With an essay, the student could possibly have the freedom to pick their own topic and then choose the way in which they approach it.  This way, they get to write about something that actually interests them, not just what they had to learn in the course.  Students also get more flexibility with time constraints when it comes to writing their essay, since it’s assigned several weeks before it’s due. This relieves any anxiety about having to get everything done within a short period of time; unless, of course, they left the paper to the last minute.

Finals in general are stressful for nearly every student, and they definitely aren’t the most fun part of the semester.  Yes, it’s true that in some cases exams can’t be replaced, since they really are the best way of demonstrating a student’s knowledge of the material. However, in many other cases, the substitution of an essay for an exam would not only relieve some stress for students, it would also more accurately show exactly what those students gained from each course. 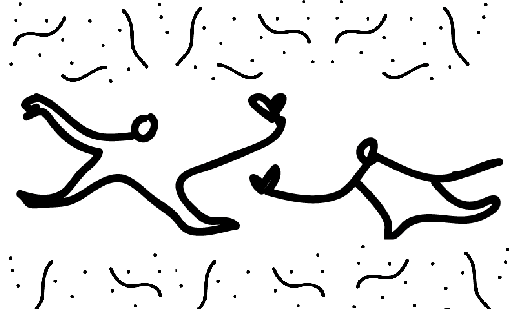