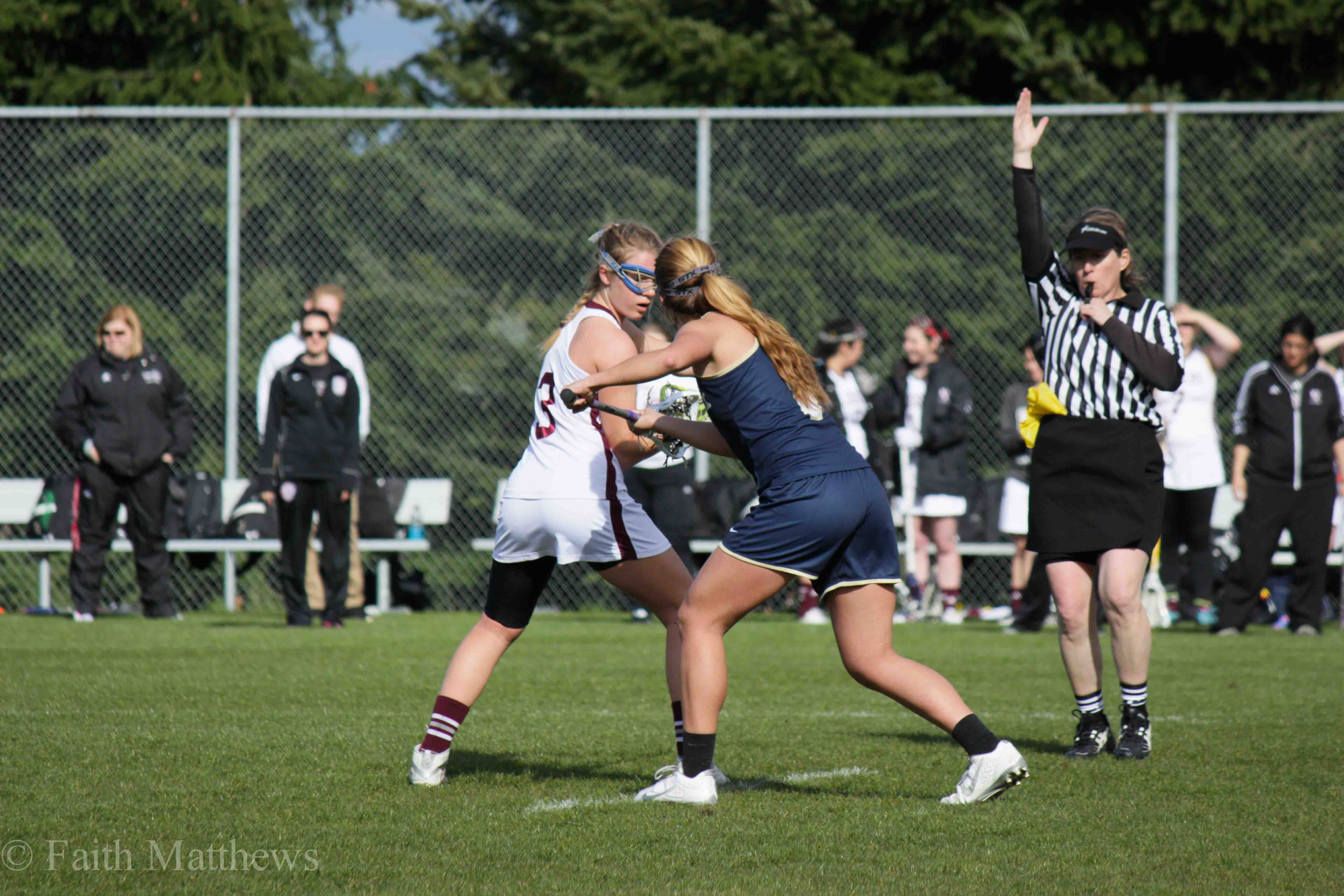 The Logger women’s lacrosse team lost a nail-biter to the George Fox Bruins 11-12 on campus Friday. With this loss the Loggers endured their second loss by a single goal this season.

The Bruins took the initiative out of the gate and scored the first two goals of the game. The tallies from the Bruins were only two minutes apart at the 21:28 and 19:39 marks in the first half. Freshman Olivia Keene (Whitman, Md.) who is currently leads the Loggers in goals with a whopping 47, had an immediate reply, scoring a penalty shot only a minute after the last Bruin goal.

Sophomore Kerri Smith (Kirkland, Wash.) added to the Logger tally in her first game back from injury to tie the visiting Bruins. Smith was returning from a concussion she sustained in action against Claremont-Mudd-Scripps on March 17, according to teammate Caroline Powers-Cook (Orinda, Calif.). The Bruins surged back and took a two goal lead at 5-3, but Keene and Smith were not to be kept silent as it took them less than two minutes to tie the game again at 5-5.

Level at five, the game continued to be a neck-and-neck affair. The Bruins converted on a penalty shot but had their lead immediately erased when freshman Samantha Scott (Bainbridge Island, Wash.) scored to even the game with just over five minutes left in the first half.

George Fox took the lead again at 6-7 with 4:13 remaining but the Loggers did them one better and put up three goals in four minutes to end the half with a two goal lead at 9-7. Sophomore Callie Holgate (Portland, Ore.) scored the first of three goals on an assist from Smith, and then Smith and Keene added to their tallies for the game to cap off the half.

Keene and Smith both had hat-tricks going into halftime.

George Fox was not finished fighting yet as they tied the game at nine a piece in the first four minutes of the second half.

Smith scored again, converting on a penalty to give the Loggers the lead at 10-9, but the Bruins quickly tied the game again at 10.

The Loggers were robbed of a goal when Smith thought she scored her fifth goal of the game, but the referee deemed her stick to be illegal which canceled her goal. Smith’s goal was canceled because the pocket of her stick was too deep, according to teammate Keene.

“In order for Smith to keep playing she had to remove the illegal stick from the game and play with a new one,” Keene said in comments after the game. The Bruins took advantage of the waved off goal and took the lead with just under seven minutes remaining in the game.

Not even a stick penalty was going to keep Smith quiet as she converted a penalty with about 3:30 left in the game to tie the score again.

The game looked to be headed to overtime but the Bruins scored with 30 seconds left on the clock and proceeded to run out the remaining time in the game to steal the win from the Loggers.

Smith was the points leader for the Loggers with six total points comprised of five goals and one assist.

Hot on her heels was Keene who had four goals on the day. Keene led the Loggers in draw wins with seven and both she and Smith had three forced turnovers.

The Loggers play Linfield next at home on Sunday, April 6 at 1:00 p.m. The team is also inviting all youth lacrosse players to join the game and after the game is over, there will be an opportunity for the youth players to meet the coaches and players.