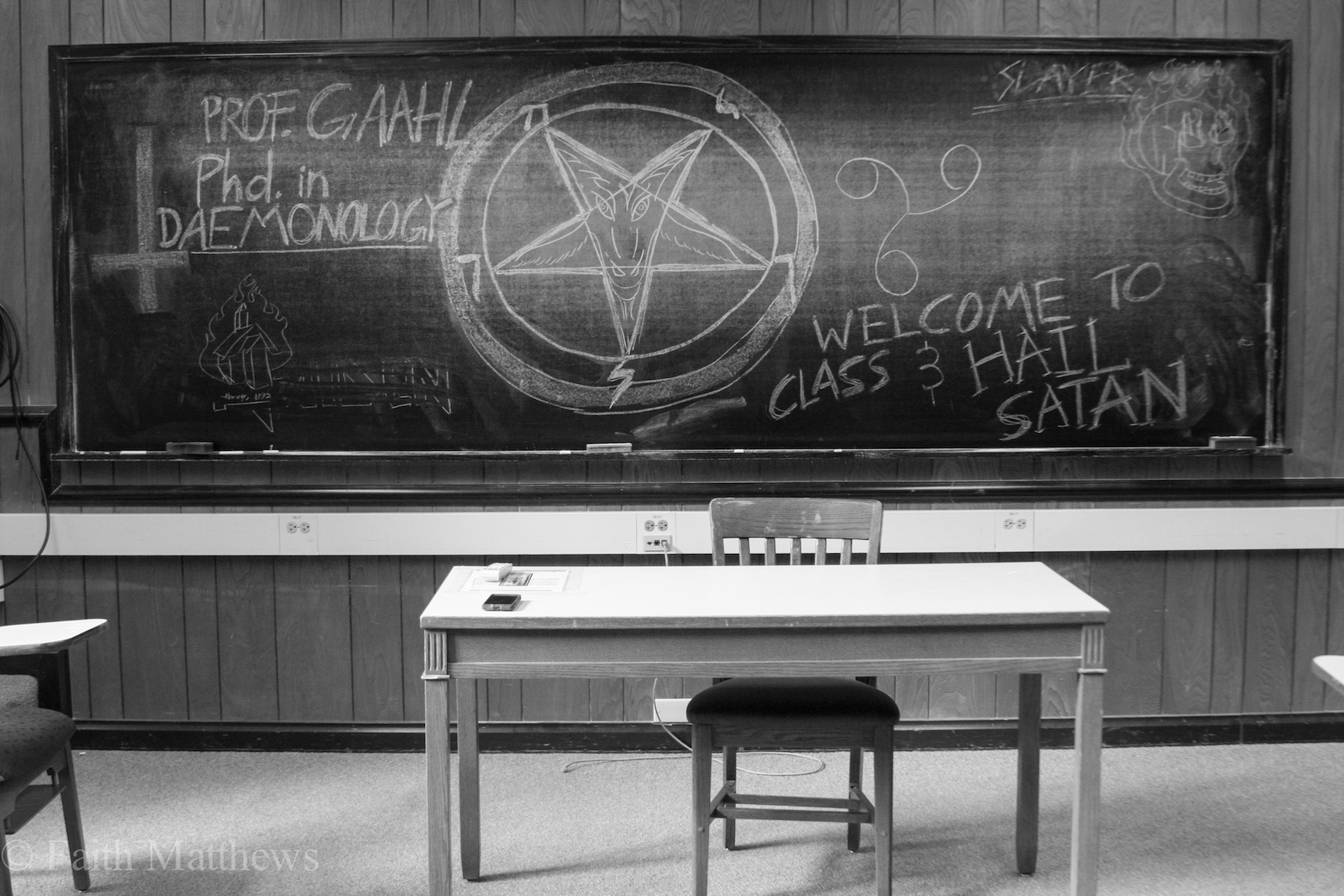 Famed for his work with Gorgoroth, Gaahl decided to take a break from corrupting the souls of impressionable metal-listening youth and inspire them with knowledge instead.

Since Puget Sound has been ranked as one of the most atheist colleges in the U.S., Gaahl decided to take his war on God to Tacoma.

His friend and colleague, Professor Sin, was extremely pleased with the department’s decision: “Gaahl is a true philosopher at heart—he teaches students not just how to objectify and insult people but also material reality, God, the cosmos, you know the important stuff.”

To get a firsthand impression of the man himself, we met with him in his downstairs ritual chamber to discuss what he had in mind for his first class…but that didn’t amount to much since he answered “Satan” to literally every single question that we asked him (go to youtube.com/watch?v=puwllq0fBLs to see a video clip from our interview).

We didn’t walk away completely empty-handed though—he gave us what appeared to be an ancient, wine-stained copy of his syllabus before he flipped us off and abruptly slammed the door in our faces.

Focusing especially on works like Thus Spoke Zarathrusa by Nietzsche, Gaahl’s syllabus for his “Mystic Misanthropy” course will help students to, in his words, “eradicate society’s bulls***.”

As for Gaahl’s life outside of academia, he recently started a satanic cult (they meet every midnight in the President’s Woods—come and bring a friend too, there’ll be cookies!) as well as a Viking poetry blog called “Great Odin’s Raven” (his poem called “Rape and Pillage” was republished in Brutal Verses).

Go ahead and introduce yourself if you end up coming—he’s usually pretty friendly; in fact, he’ll probably try to induct you into his cult and then he might actually respect you a little bit as a human being.