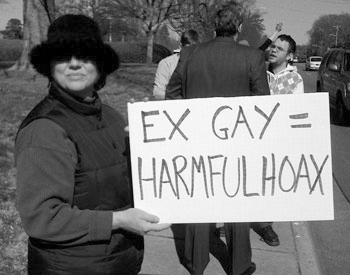 The eyes of the rest of the nation are on California with the passing of this historic bill, and now the question is which states will follow suit. This is a serious issue all across the nation, and a bill like 1172 should be considered by every state.

“These practices have no basis in science or medicine, and they will now be relegated to the dustbin of quackery.” Governor Brown stated through Twitter. The governor’s tweet may seem extreme to some, but is in reality not far from the truth on this issue.

The official report made by the American Psychological Association on conversion therapy states that “sexual minority children and youth are especially vulnerable populations with unique developmental tasks who lack adequate legal protection from involuntary or coercive treatment.” Their stance acknowledges how dangerous it can be to put a child through any treatment that is not based on actual science.

There is a serious need in this country to protect minors from so-called “treatments” that often result in depression and other psychological problems. The report also states that “There is insufficient evidence to support the use of psychological interventions to change sexual orientation.”

It is clear, based on these statements, as well as the APA’s stance that homosexuality is not a mental disorder, that this type of “therapy” is not only counter-intuitive but also very risky, especially when used on minors.

The issue at hand is that minors are being seriously abused by figures that are supposed to have a positive psychological impact. There is nothing right about trying to “cure” someone’s sexual orientation, especially when they can be so easily manipulated and taken advantage of.

Thankfully, Senate Bill 1172 is one of many comprehensive reforms that are either already in place or being considered.

Here in Washington we have the opportunity to put into effect Referendum 74 in order to bring about marriage equality.

Referendum 74 is one piece of a greater issue: discrimination against the LGBT community. Washington needs a law like California’s Senate Bill 1172.

The need for equality stems from a long history of abuse and discrimination.

It is simply not acceptable that individuals use their positions as educated members of the psychological community to potentially harm minors in an unwarranted attempt to change who they are.

There is really no question that “conversion therapy” is not based on any scientific facts.

Indeed, it is based on is a long legacy of ignorance and hate regarding differences in sexual orientation and gender identity.

By banning these types of harmful treatments, California has in many ways called this issue into attention more than it has ever been. Now there is no excuse to allow these damaging practices to continue.

With so many advances in the field of psychology, why are we still allowing these practices to continue? Especially when they are being used on minors who are too often forced and shamed into undergoing “treatment.”

California truly has created a starting point for the rest of the country. States can now take a serious look at the harmful effects of these outdated and inherently prejudiced treatments.

No one should be ashamed of who they are, especially children who are just beginning to figure that out. It is time to put an end to shaming people into hiding who they are, and Senate Bill 1172 is only the beginning.