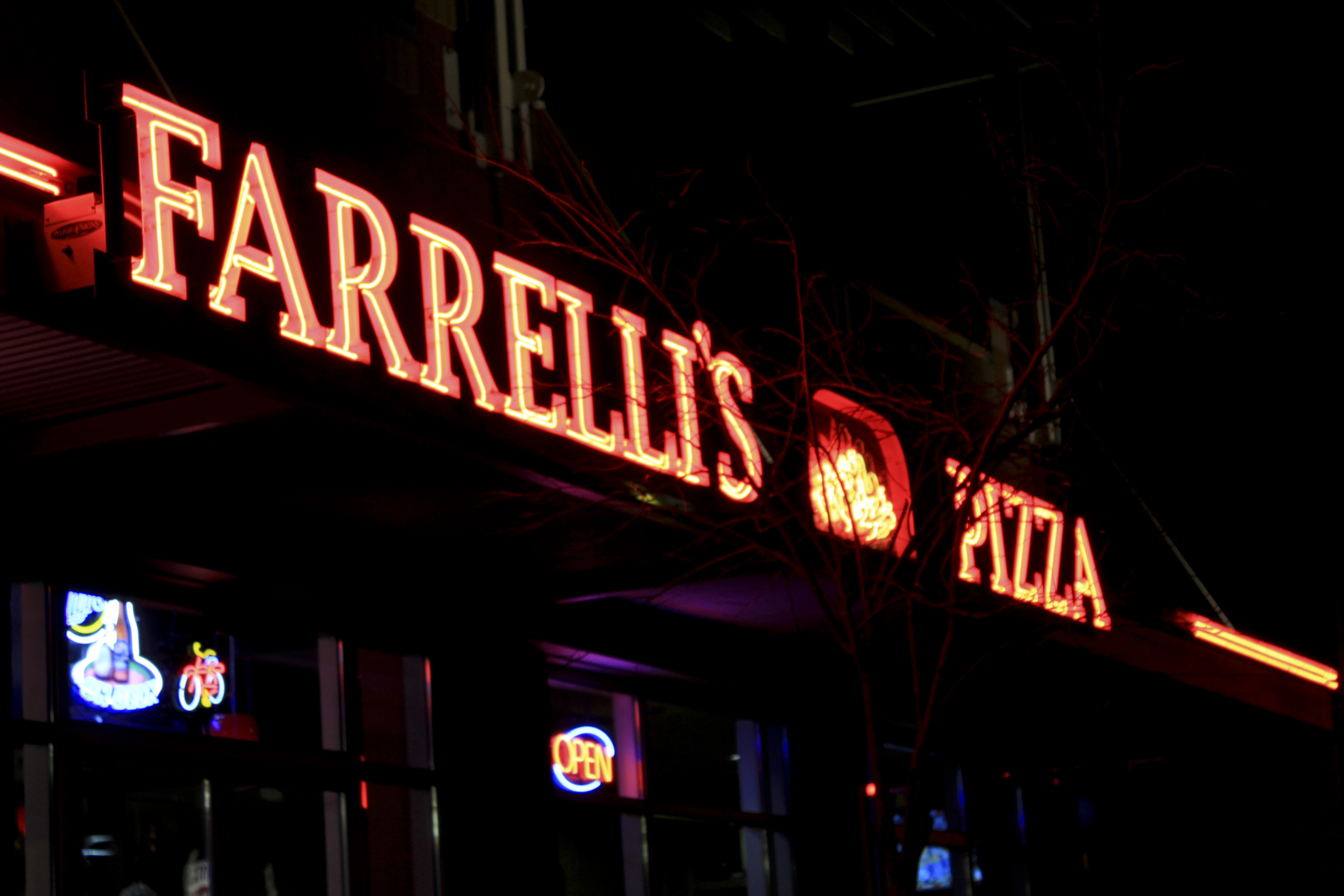 Two pizza companies, one busy street. Medi’s dominates one end of 6th Avenue; Farelli’s the other. So which one is better? This has been the lingering question since Medi’s opened its doors late last summer.

For those of you who were unaware that Medi’s Pizza and Pasta existed, it is located near the beloved breakfast establishment Shakabrah. The other pizza establishment is the frequented Farrelli’s Pizza located next to Metronome Coffee.

To define the ultimate winner, I created a taste test group. The group consisted of nine females between the ages of 19 and 21 who associate themselves with a Caucasian background. Each sampler tasted at least one slice from each pie and ranked the pizza using a Likert scale. The pizzas were rated on quality of ingredients, crust, cheese to crust ratio, grease factor and overall taste. The testers then rated the pizza as a whole. 1 = never again and 7 = new favorite pizza. These ratings and the comments that accompanied each ranking were considered in the final decision.

Medi’s Pizza and Pasta offers an array of pastas, salads, pizzas, and of course pizzas. In addition to the everyday cheese or pepperoni, Medi’s offers five house specialties. My dining guests and I ordered one large pizza, splitting the pie in half to allow more variety. We opted for the Medi’s special as one half and taco pizza for the other.

The taco portion of the pizza holds cheddar, mozzarella cheese, ground beef, jalapenos, olives and onions. The jalapenos were a surprise in each bite, supplying a surge of spice. The pie is topped with romaine lettuce and tomato slices for a pleasing presentation. Sour cream and salsa accompany the pie and soothe taste buds if the jalapenos are too fiery for your blood.

The overall consensus from the group was great idea, but poor execution. The jalapenos were the group’s least favorite attribute, and although the ingredients seemed fresh, the group would have preferred them on top of the cheese instead of melted inside. This would allow diners to remove the unwanted spice from their slice but still allow others to enjoy the spiciness if they please.

The testers’ average rating for this pizza as a whole was a 2, but for presentation and side sauces (sour cream and salsa) they gave a bonus score of 4.

The other half had a white garlic sauce instead of the traditional marinara sauce. Chicken was the specialty topping for this pizza. This half of the pie was a polar opposite from the taco. The entire group liked its smooth taste,

The only complaint about this pie was the crust to pizza ratio, averaging a score of 3. The crust was too thick and chewy in comparison to the amount of toppings. This was true of both Medi’s pizzas and brought down their overall point value.

Between the two pizza flavors the white sauce and chicken specialty was unanimously the favorite of the group with an average rating of 4.

Our choice at Farrelli’s Pizza was a half traditional Margherita pizza and half Cascadian Grinder.

The Margherita was topped with mozzarella, basil and a traditional tomato base. Traditional pizza lovers favored the Margherita pizza , and testers’ average rating for this pie was 5 because of its traditional taste. Its thin crust and saucy base were the winning points for Farrelli’s.

The only complaint from the group was a lack of basil, something that can easily be remedied. If you are at Farrelli’s and in the mood for something traditional and lighter, this is the choice pizza.

Finally, the Cascadian Grinder. This pizza was the one our taste testers returned to for seconds. The Cascadian Grinder had a pesto base, a mix of mozzarella and provolone cheese, pepperoni, salami and prosciutto, topped with a spring mix and a balsamic reduction swirl.

Although the description sounds meaty, it is not overbearing. The thin slices of meat are evenly spread and complemented well by the balsamic glaze and spring mix that topped the pie.

This was an original creation and only the traditionalist pizza lovers found something to dislike; the Cascadian Grinder averaged a ranking of 6 from the testers.

Both pies had their flaws, but it was Farrelli’s crust that kept the group coming back for more. Its thin crust complimented the toppings and did not hold any excess grease and averaged a rating of 5 from testers.

Although their prices are on the expensive side, it’s worth the splurge if you’re looking to buy pizza locally.

Medi’s pizza is great for its value, but is not somewhere we’d go out of our way to dine. The large pies are reasonably priced and dollar slices are available for $2.50 (11 a.m.—2:00 p.m. and again after 9 p.m.). If you are looking for food on a budget, this place could be worth a try.

That said, the winner is Farrelli’s. Go try their Cascadian Grinder; you’ll be glad you did.