Ignorant freshmen to live together next year 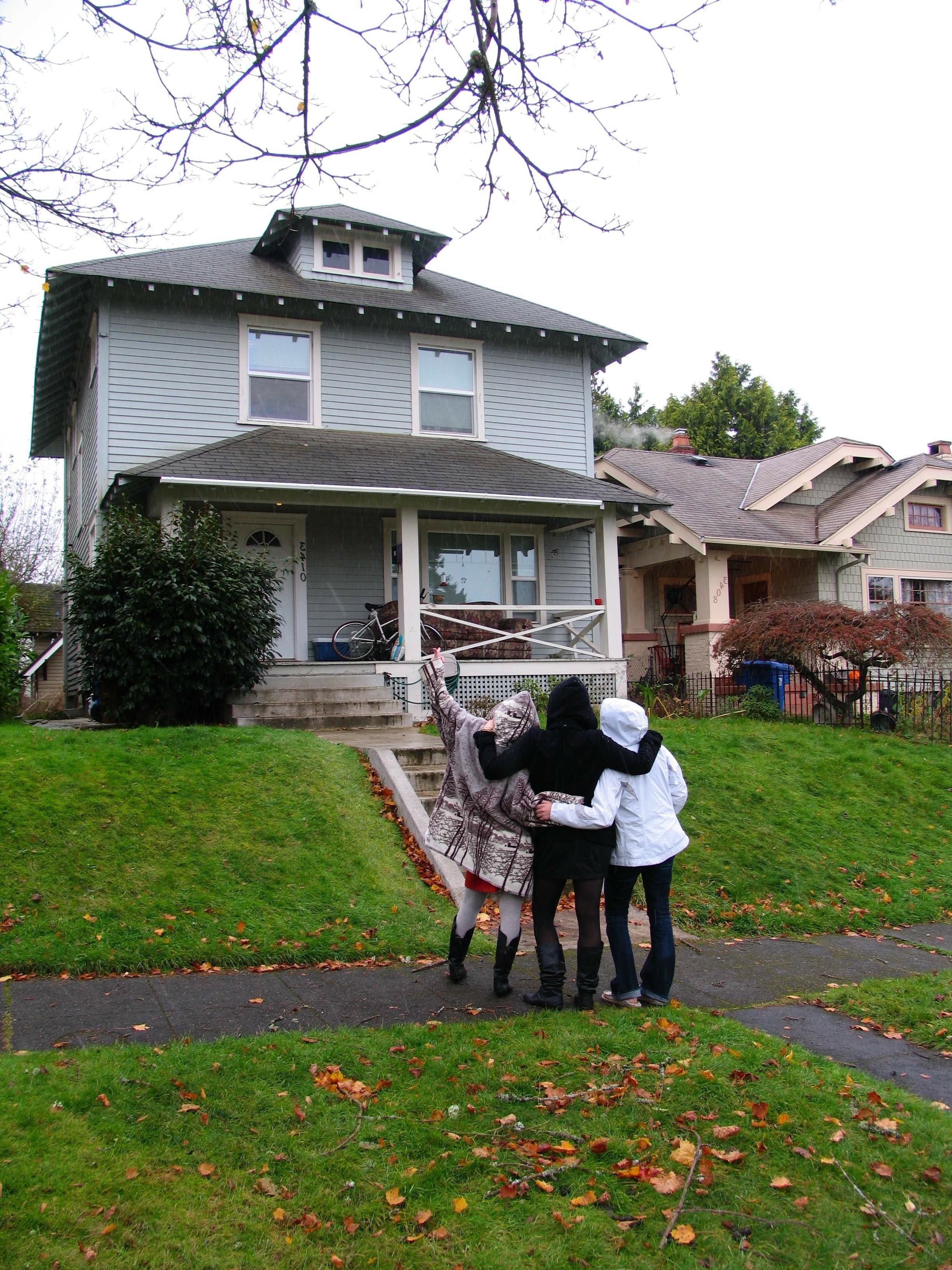 Five freshmen, all from the Anderson/Langdon dorm, have committed to getting a house together next year despite knowing each other only since September. “We want to stay close,” they said. Living together will allow them to grow as close as inmates, chained together.

The decision came on Saturday after drinking together, when Jonas Wiggins suggested the idea to his new super-awesome friends. Jonas reminded everyone about it the next morning, and details were soberly hammered out over breakfast. A pact was made in which all five parties put their hands in the center and pulled out, yelling “1…2…3…House!” The cheer effectively banished the nagging, intuitive doubt in the back of each one’s mind.

“We all like each other a lot,” freshman Helga Blum said, “and we all spend most of our time together anyways…we just figured we’d get a head start and find a house. When Jonas, my boyfriend, suggested the idea, we all jumped on board.” Helga and Jonas, dating since October, show a clear understanding of human nature, and are truly and unmistakably in love.

And if Helga and Jonas break up (which they will) their friendship will hold strong, and living under the same roof they will right away bring great dynamics to the house. Even if their relationship devolves into a misguided sexual competition between the two to see who can get more partners, this will only bring the other three housemates closer together during long conversations at three in the morning.

And if the housemates don’t really agree upon cleaning duties, these things will just work themselves out. So what if dishes and cups covered in mold and stale cereal pile up on tables and in the sinks, causing Eliza Bernstein to plaster the fridge in passive-aggressive sticky notes? The kitchen will turn into an awesome, if not unique, decorated space.

“We’ve found this one house on 21st that’s for 5 people, has a legit basement, and a basketball court,” fifth house member Kevin Cox said. Due to financial reasons, Kevin will have to decide between rent and food, and to make ends meet he will rent part of his room to a recovering meth addict, who Jonas will later screw. But he doesn’t need to tell everyone this now.

“It’s a steal, too,” Kevin added enthusiastically. “Even though utilities aren’t included, and there’s only one bathroom…I can see it now: beer pong table and couches in the front room, a hookah room, and Tom even has a foosball table.”

Sharing the bathroom, normally a point of tension in other houses, will be a great bonding experience for these friends. All five freshmen will have class at 9:00 a.m. next year; in their ensuing play-fights Eliza will receive a concussion, and Tom Carson two black eyes.

“Such a f***ing stupid decision I’ve made,” will surely not be the sentiment from everyone in the house, on that day when they realize they are all hanging out in the living room together and have said nothing nice to each other for weeks. A breeze of regret, bottled-up hatred and spores from molding food will definitely not waft through the house, like the smoke of a gun that’s been jumped. These genius freshmen will know they made the right decision.

“Dishes may be a problem,” Eliza said. “But I really don’t see any personal issues getting in the way. I think we know each other pretty well, and respect each other. You know: me, Kevin, Jonas, and… what’s that other girl’s name?… We won’t be like other houses where no one talks to each other.”