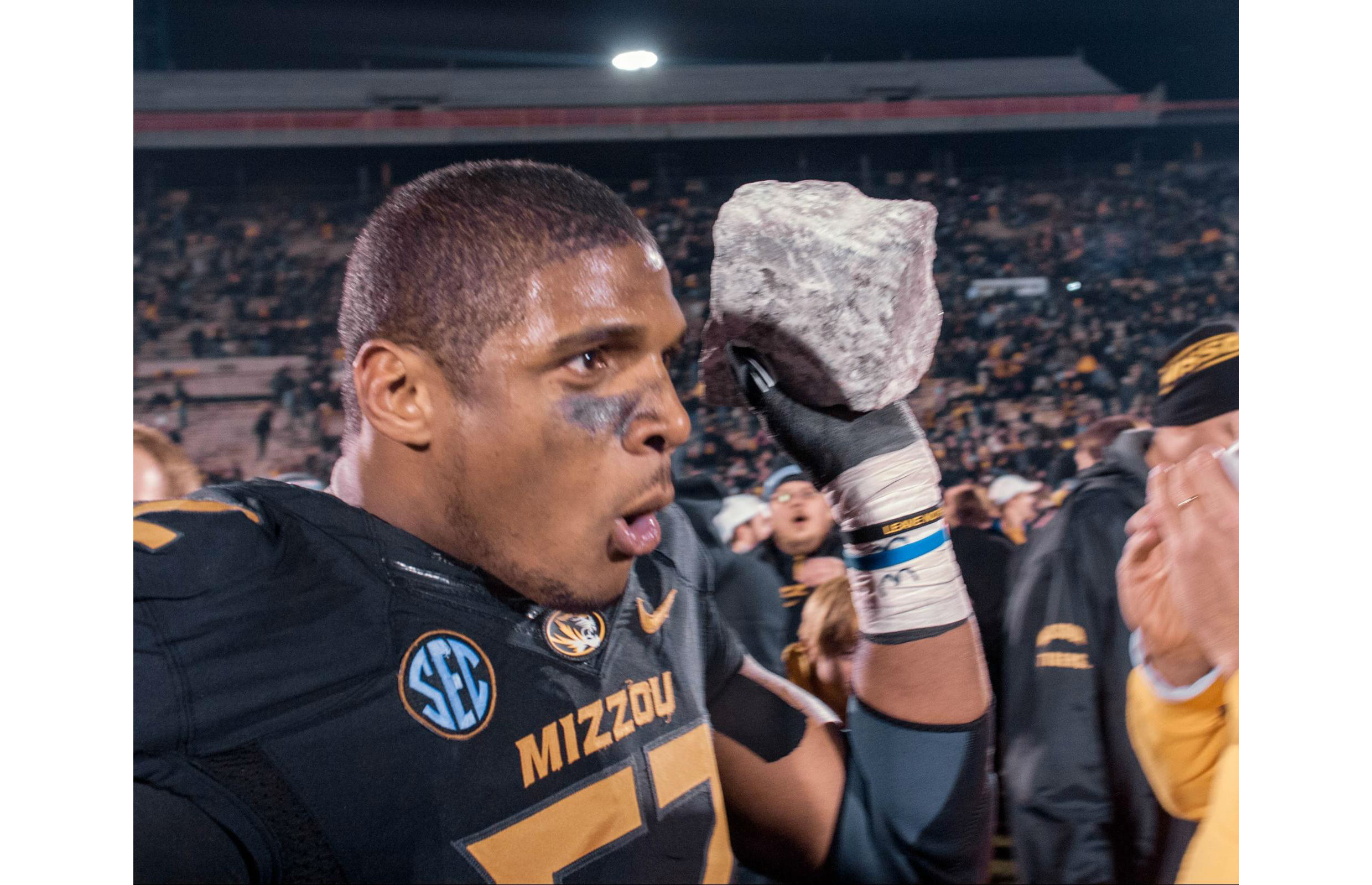 Michael Sam, former football player for the St. Louis Rams, made National Football League (NFL) history in 2014 when he announced he was gay. He was the first openly gay player in the NFL. — photo courtesy of Wikimedia Commons

It is no secret that there is plenty of LGBTQ+ pride on the Puget Sound campus. There are countless LGBTQ+ folks involved in all sorts of communities around campus: S.U.B. workers and sorority sisters, KUPS and Clay Club, ASUPS reps and a capella, Lighthouse and Latinos Unidos. The list goes on and on. There are LGBTQ+ people everywhere.

But a recent conversation with a friend sparked some questions: What about our vast community of student athletes? Is there athlete LGBTQ+ pride on the Puget Sound campus?

The National Collegiate Athletic Association (NCAA), claims on its website that it will “provide or enable programming and education which sustains foundations of a diverse and inclusive culture across dimensions of diversity including … gender expression [and] … sexual orientation.”

Additionally, the University of Puget Sound itself states in its Campus Policy Prohibiting Discrimination and Harassment that the administration (including the athletic department) will not tolerate any disparate treatment or discriminatory harassment of anyone’s sexual orientation or gender identity.

No matter how accepting our on-campus athletics culture may or may not be to LGBTQ+ athletes, overall sports culture still has a long way to go in terms of accepting LGBTQ+ folks.

This means straying away from binary language. Language instills cultural values that maintain gender and sexual orientation hierarchies. Athletics staff and coaches can start by familiarizing themselves with terms and language used surrounding LGBTQ+ people, including, but not limited to, the definitions of terms such as bisexual, gay, lesbian, queer, transgender and nonbinary.

Additionally, coaches and staff can normalize asking for and respecting each athlete’s pronouns.

Those affiliated with the athletics department can also show visible support for LGBTQ+ communities in general in order to foster a safer culture for LGBTQ+ athletes.