The Trail
HomeOpinionsLetter to the editor: Divestment still a priority
Opinions

To the editor of The Trail,

Since last appearing in The Trail at the end of last semester, ECO Club has been busily investigating and advocating for divestment from fossil fuels by the University of Puget Sound. Since we started this effort last September, the amount of CO2 in the atmosphere has risen by 1.5 parts per million (ppm), crossing the 400 ppm mark, putting us within 24 years of reaching the 450 ppm mark. At the 450ppm mark, the chance of the temperature rising to over 2 degrees Celsius will increase to over 50%.* Knowledge of the climate’s worsening condition only strengthens the urgency with which we must engage the question of what we can do to cut carbon emissions, not just as individuals, but as an institution.

We began this investigation with the belief that, as an institution that invests its endowment, the University of Puget Sound has the power to make a strong political statement denouncing the practices of fossil fuel companies by divesting its financial and intellectual capital from those companies. Though the findings of our investigation during the past several months have made it clear to us that the complexity involved in achieving this goal is immense, we stand by our goals and our belief in the university’s power.

The university’s endowment is entrusted to the outsourced investment firm Perella Weinberg Partners (PWP), which hires a manager to choose the individual stocks and indexes in which the endowment is invested. Of the endowment portfolio, 0.2% is invested in the Filthy 15 (top coal and mining companies) and 1.6% is in the Carbon Underground 200 (the companies with most fossil fuel reserves). Most significantly, 10.9%, which equates to $34,553,000, is invested in private hydrocarbon. While some of these numbers may seem low, we stand by our principle that the university should divest from coal and fossil fuels as a political statement.

Convincing the university to do so seems as nearly impossible as ever. The university’s decision to outsource its endowment funds to PWP leaves its trustees with little control over where those funds are invested, and the processes through which the trustees exercise what control they have are slow and opaque to students. Despite these challenges, we stand by our goals and wish to see the university divest from, and commit to abstaining from future investments in, coal and fossil fuels.

In the last weeks of this semester and next fall, we hope to reach out to students and alumni to create a support network. If you wish to get involved or just show your support, please get in touch with us at eco@pugetsound.edu or https://www.facebook.com/PugetsoundSRI.

The Special subcommittee of E.C.O. on Socially Responsible Investment

*Thanks to Professor Steven Neshyba for these statistics.​ 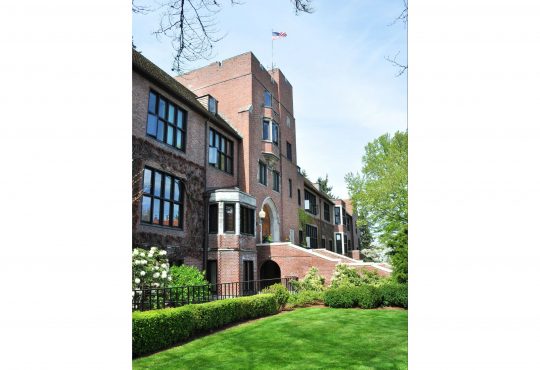