Port of Tacoma hosts Maritime Fest for a weekend 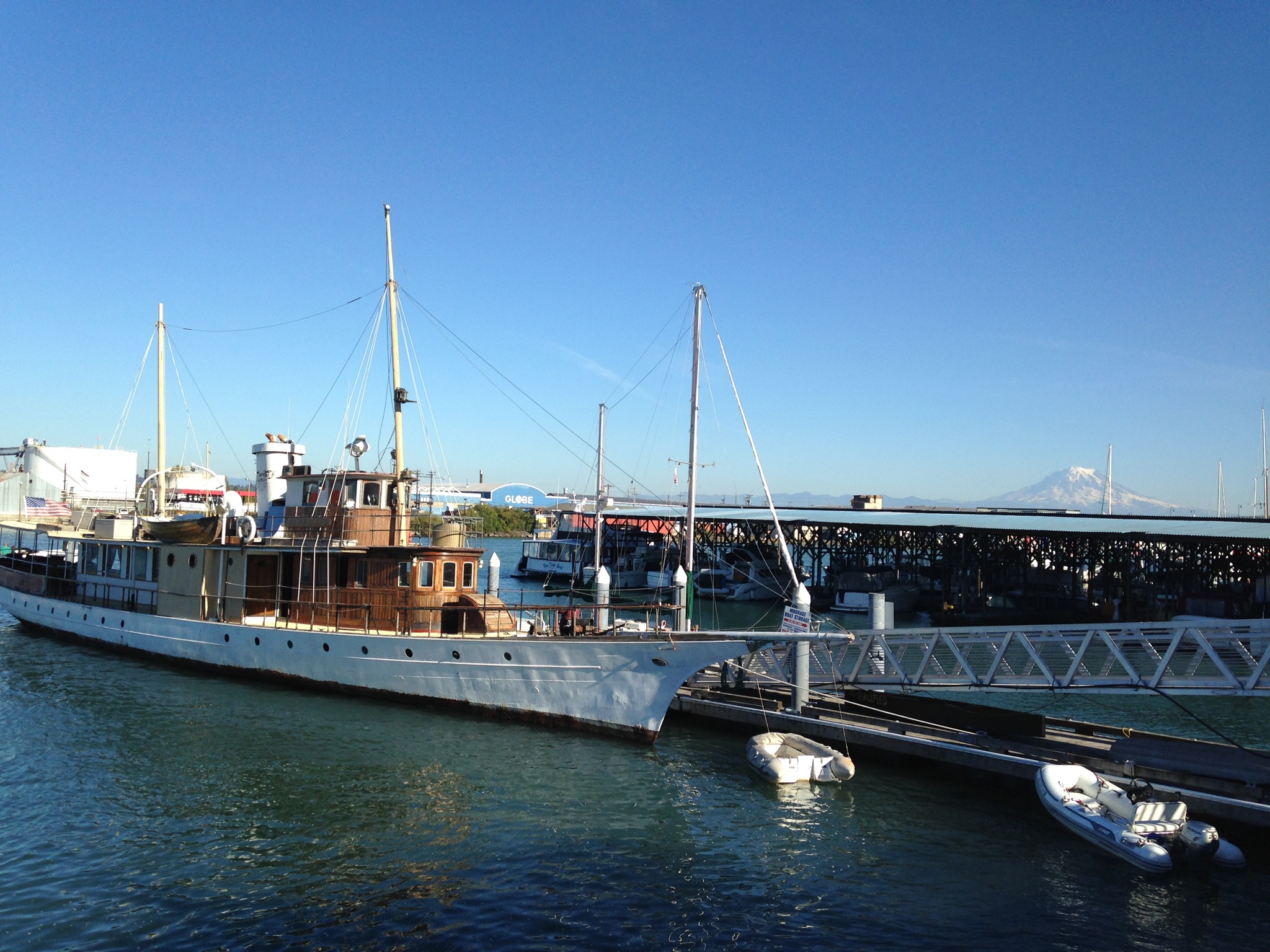 If you happen to have gone to the Maritime Fest last weekend, you may have seen Joseph Govednik walking around dressed as a pirate and setting off a cannon at the top of every hour. The cannon was aboard El Primero, a historic yacht built in 1893, which was moored in the Tacoma Port for the weekend alongside other historic vessels.

The annual Tacoma Maritime festival, which was held on Sept. 20 and 21, is more than just another festival. It represents the rich history of the Port and its importance for residents today.

“Something that Sue Schaeffer, Maritime Fest’s Director, has focused on, is to bring as many maritime craftspeople and professionals as possible to come out and showcase what they do,” Luisa Lam said. Lam is a volunteer for The Foss Waterway Seaport. “These jobs need people, but no one knows about them. And a lot of people are out of touch with the waterfront and all the things it has to offer. Maritime Fest is a great way to bring it all back to the forefront.”

Foss Waterway Seaport is one of the main organizations helping the Maritime Fest come to life. Govednik works as Curator of Collections for the organization. He emphasized that this year the festival was hoping to be family-friendly by providing a children’s area, toy boat building and featuring the work of a LEGO certified professional, Dan Parker.

However, that does not mean that college kids cannot be entertained as well as learn about the history of Tacoma at the Maritime Fest. Visitors were allowed to board certain yachts, the vintage restoration boat shop was open, and thanks to KeyBank, entry to the Foss Waterway Seaport museum was free of charge.

By choosing the University of Puget Sound and Tacoma as our home, we should be aware of the historical importance of this city’s port.

“It’s a good way to get off campus and see the culture we live in,” University student Corinne Harlan said.

Harlan has been hard at work since last March, interning for the Maritime Fest. As a business major she has been working behind-the-scenes to help the festival live up to its potential.

“This is a very significant festival for Tacoma, now in its 22nd year, because the working waterfront is such a huge part of the city’s history. It’s what made Tacoma the ‘City of Destiny.’” Lam, who was most excited to see the various boats, said she was helping coordinate volunteers and keep the sponsors happy this past weekend.

“In the future, it is just going to get bigger,” Harlan said.

Even if you didn’t make it this year, consider attending next year for the vendors, food, live music, tours, water-based activities and historic boats.

In the meantime students can learn in other ways about the history of Tacoma’s port. The Foss Waterway Seaport is located in the last remaining wheat warehouse that was built along the waterfront in 1900.

“We have four parts: the museum, the marine science education program, the heritage boat shop, and an event space,” Govednik said. The museum currently features displays on vintage scuba equipment (on loan from Flashback Scuba Museum in Tacoma) and Fishing in Puget Sound. Willits Canoes—built between 1908 and 1967—are also displayed.

Perhaps the most relevant display for some University of Puget Sound students is the ocean rowboat that was used by four University alumni in their adventure racing across the Atlantic Ocean. The boat, which was once featured on National TV and is now sitting in the Seaport, is a good opportunity for interested students.

The Foss Waterway Seaport and the various waterfront events including last weekend’s all aim to encourage community members to make use of this beautiful area of Tacoma, especially while the weather is nice.

“The goal of the festival is to encourage greater use of the waterfront, for leisure, for business,” Lam said. “It is a great attraction that Tacoma has at to offer, and the Maritime Fest hopes to bring people out so that the waterfront is used to its full potential.”