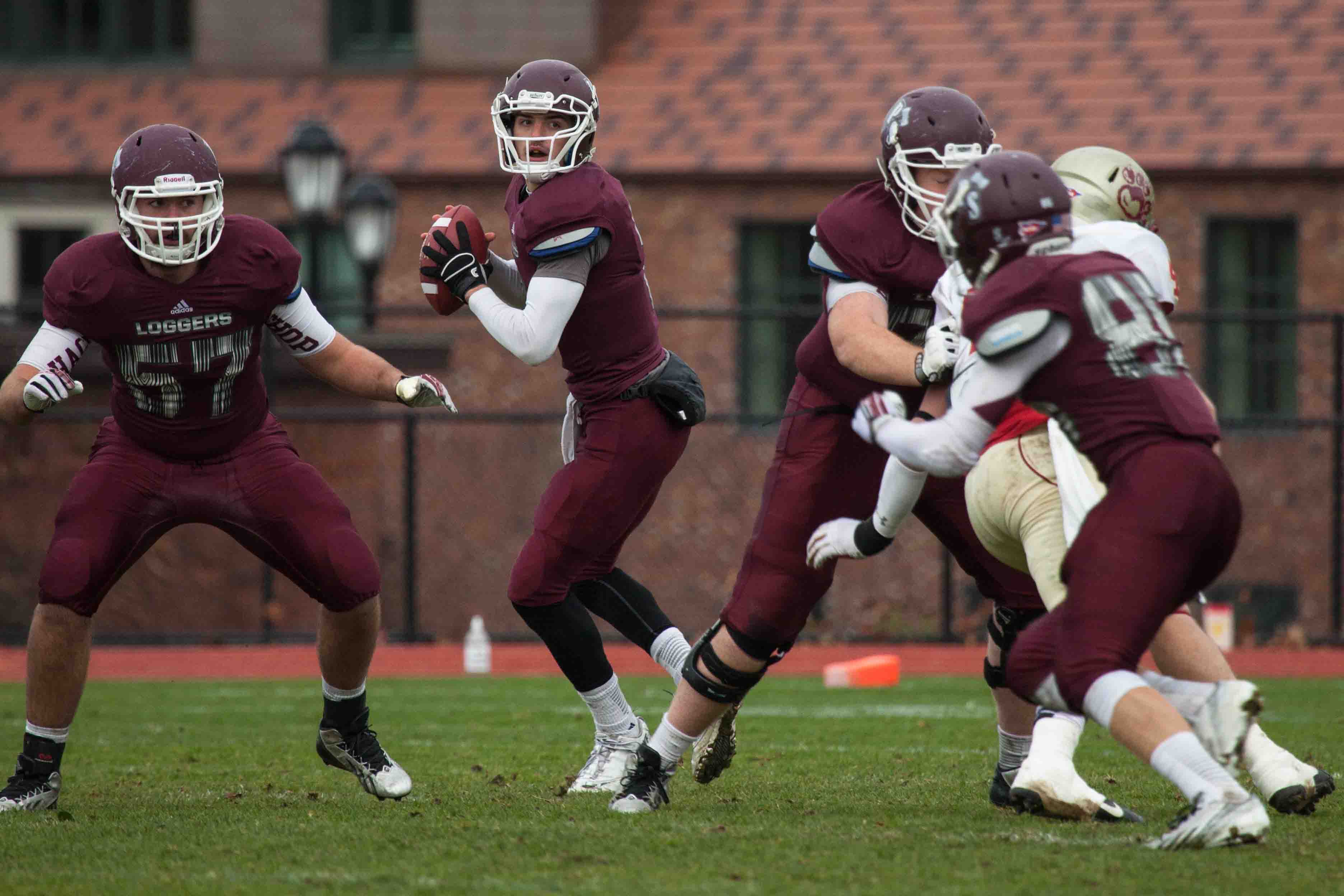 he Loggers were unsuccessful at grabbing their seniors a win in their last game of the year.  They had their hands full with 7-2 Willamette Bearcats. They lost by the final score of 62-20.

The Logger defense struggled to defend both the pass and the run. The star of the game was the Willamette senior quarterback Josh Dean, who was a dual threat with a great arm paired with his speed.

He finished with 345 yards and three touchdowns in the air and 91 yards and one touchdown with his legs. Dean, combined with running back Taylor Wyman who rushed for 140 yards with four touchdowns, propelled the Bearcats to their high-scoring game.

There was one good thing to come out of the game for the Loggers, however. Junior quarterback Braden Foley (Bothell, Wash.) ended with a strong game. He threw for 212 yards and had three touchdowns.

Other than that, there is nothing too positive to say about the game. Willamette took over the game early with a touchdown in the first two minutes.

It seemed like the defense had no answer for the Willamette offense.

Willamette was able to drive down 75 yards and score a touchdown in four plays. The drive lasted all of one minute and three seconds.

The Loggers got the ball back and looked to have a decent drive going. They made it 66 yards in 14 plays. However, they stalled and turned the ball over on downs.

This sparked a huge 99-yard drive in three minutes for Willamette. This touchdown was capped off by a 13-yard touchdown run from Dean. Things were going downhill quickly for the Loggers, already down 14-0.

After a failed Logger offensive drive, Willamette got the ball back. In a longer drive, it took Willamette 11 plays and 70 yards to score yet another touchdown.

This made it three unstopped drives for the Bearcats with touchdowns that went unanswered by the Loggers.

It looked like the Loggers might finally get on the scorecard, however, with a blocked extra point by junior Connor Savage (Bothell, Wash.). The ball was picked up by senior defensive back Roy Fuchigami (Kailua, Hawaii) and run down to the 20-yard line before being taken down. Savage was leading him and had a hard hit on the Willamette defensive-man, flattening him out of bounds.

This seemed to spark the Loggers. Even though they did not score on the next drive, they had their first stop against the Willamette offense and got the ball back at the Logger 20-yard line.

The Loggers were able to drive 31 yards and capped off with a Foley touchdown pass to freshman Dustin Harrison (Orange, Calif.) to put the Loggers on the scoreboard (20-6).

After another Willamette touchdown, the first half was over with the score 27-6.

The second half did not go any better for the Loggers.

They managed to score two touchdowns through the air by Foley, but continued their woes, with defense allowing 33 points.

The Loggers end their season with one win and eight losses. The Loggers now look to improve on this record next year in the upcoming off season.

If there is one positive thing to say about this year’s football team, it is that they ended their defeated season streak. They finally have the sense of what winning feels like and can build on that.

With hard work and a new recruiting class, the football team should be able to turn the tables, and win some more games this year.

They seem to need a change in something, however. They cannot continue their same traits and expect to suddenly come out and start winning. Whether this is a change in personnel or strategy, something needs to give.