“I’ve learned that it doesn’t matter the time or the place, but I’m here with family, with brothers.” This was how Father Alejandro Solalinde greeted his audience on Wednesday, April 10—with kindness, sincerity and peace.

“The Spanish Matters Colloquium has been a forum to share research in our respective academic areas. It has also served as a platform to showcase the work of prominent undergraduate and graduate students from participating institutions,” Professor Oriel Siu, who was integral in bringing Father Solalinde to campus, said.

From his soft-spoken manner, you wouldn’t guess that Solalinde’s life had been threatened many times and that he was forced to flee his home country of Mexico just last year. Solalinde, a Catholic priest and the 2012 National Human Rights Award winner, has shed light on many crimes committed against immigrants and has sacrificed his own safety through his activism.

Solalinde founded Hermanos en el Camino (Brothers On the Road), a station located on the side of a dusty train track that provides shelter, food, lodging and medical care for immigrants passing through Mexico. Siu said that he was selected to open the Colloquium because Hermanos en el Camino “has become a symbol of human rights for migrants, not only in our hemisphere, but around the world.”

President Ronald Thomas introduced Solalinde and said that American citizens’ perspectives on immigration “are just shadows of a much larger story and a more profoundly corrupt phenomenon, an international scandal in which Father Solalinde has begun to play …an important and heroic role.”

Even though Solalinde’s words were delivered to the majority of his audience through an interpreter, his message wasn’t diluted. His theme of unity and brotherhood endured, and he urged the audience to see immigrants as hermanos.

“We live in a global village, and these things affect all of us. We all live in the same house,” he said.

Solalinde criticized America, but he did it in a loving and inoffensive way. He said money becomes a god and blinds us from seeing the most important thing: human beings. “This is a forced system, forced by capitalism, which is neither equitable nor just,” he said.

Solalinde urged the audience to accept their own migrant roots and to see migrants not as a problem but a great opportunity. He explained that many people in America and other more prosperous countries haven’t discovered the real meaning of life, and could learn from immigrants who are “living to serve and not to have.”

“If they were to share just a few days on the path of migrants, they could become themselves people of the road and … discover a very beautiful meaning to their life,” he said.

Although Solalinde is a Catholic priest, he revealed the problems he saw with the Vatican, calling it a monarchy whose rule is coming to an end. He insisted that the Catholic Church needs to return to its roots of service and preaching. He described Jesus as an immigrant, an outcast that lived the life on the road and served others all along the way.

“I sat in wonder as he revealed his liberal, progressive, and overwhelmingly equitable way of thinking. He said nothing with which I disagree,” she said.

“While much of the world is religious, the international politics and economy function on a largely immoral, profane level. It seems that a simultaneously individual and communal revolution of the spirit is in the making, and is necessary to systemically deal with the multitude of problems at hand,” Steinborn said.

Thomas said that Solalinde’s work “demands all of us to broaden the debate about immigration in the United States and to bring it out of the shadows, in which for many it remains hidden today.”

Father Solalinde offered a new perspective, and he presented his ideas in the humblest of ways. He did not boast of his own accomplishments, but instead put the people he was fighting for before himself, acting as a witness of their worth.

“Migrants are like a bright spot of light that go about illuminating things that otherwise we wouldn’t see,” he said. “They are revealing the hypocritical thinking of this world,” Solalinde said. 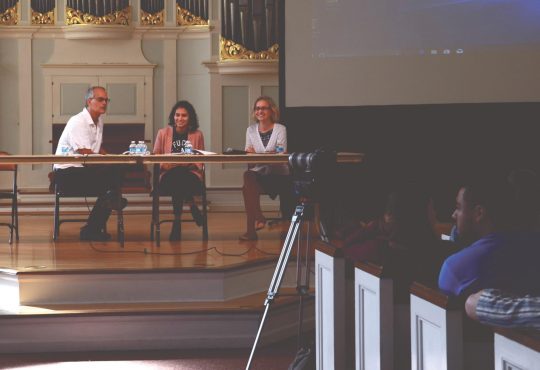 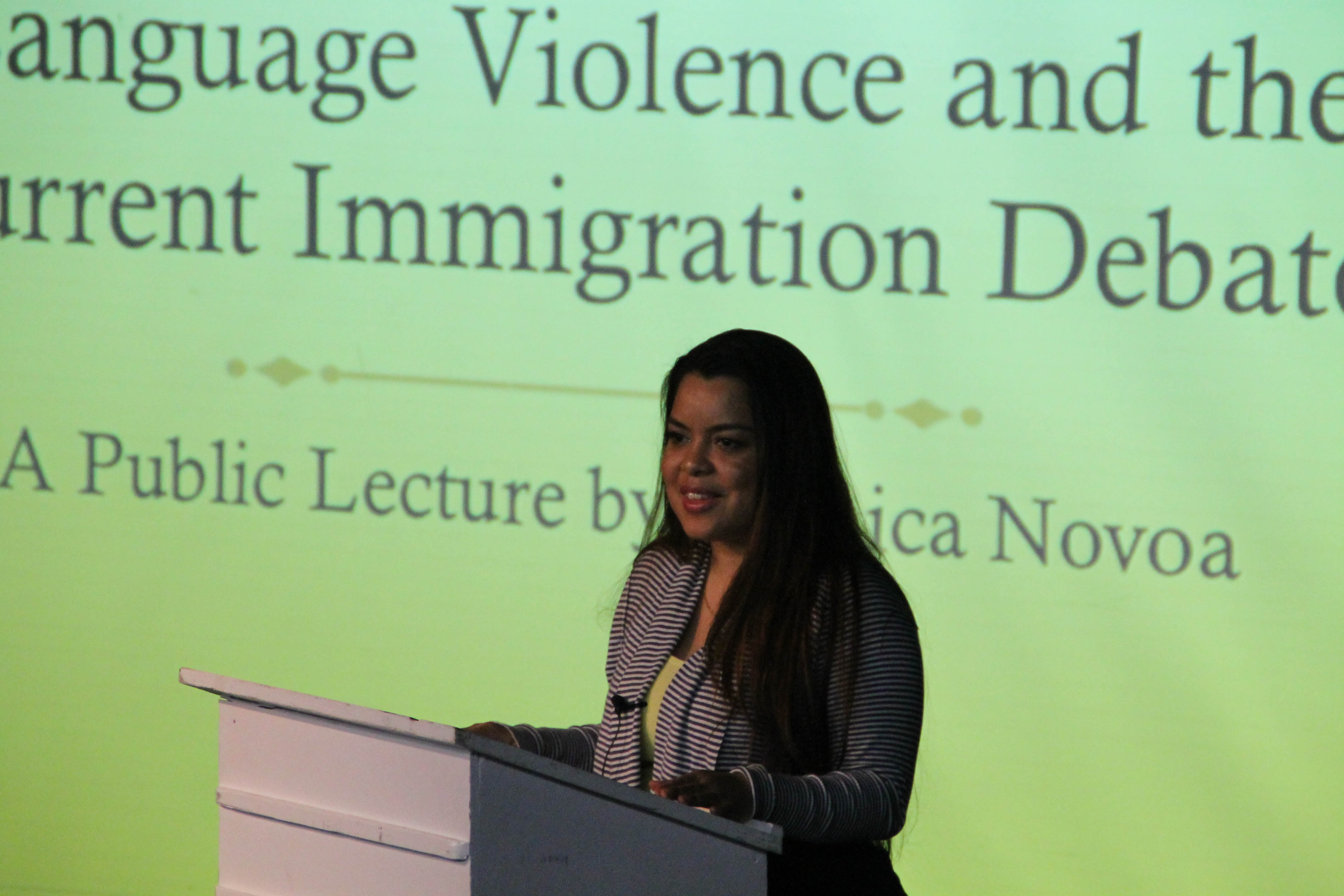