The Logger women’s tennis team was riding quite a wave of momentum into their final week of the season. The team had not lost in over a month, winning 10 straight matches since their March 8 defeat at the hands of Lewis and Clark.

And because of that success, they had played themselves into contention for the Northwest Conference Tournament, a postseason berth going to just the top four schools in the conference.

The Loggers entered the weekend slotted comfortably in the third spot in the conference. But it would be a long weekend indeed for the Loggers, as they traveled to Western Washington to solidify their postseason berth.

The Loggers began their weekend by taking on Whitworth on Friday, April 12. The Pirates entered the weekend trailing the Loggers by two games and trying to keep their own postseason hopes alive.

Indeed, the Pirates were able to do just that in the doubles portion of the match, sweeping the three matches to take a commanding lead in the overall scoring.

However, the Loggers had consistently dominated the singles portion of matches during their winning streak, and they tried to do so once again.

Sophomore Jenna Gerdsen (Kamuela, Hawaii) eventually won a fiercely contested match 6-4, 1-6, 6-4, and junior Logan Thompson (Decorah, Iowa) took care of business in winning her match 6-0, 6-3. It was not enough however, as the Loggers lost the remaining four singles matches to drop the overall match 7-2.

The loss pushed the Loggers into a tie with Linfield for third place. With Whitworth only a game behind, the team could conceivably fall into a three-way tie for the last two spots in the tournament, leaving their fate in the hands of a tiebreaker.

In order to prevent this from happening, the Loggers would need to defeat conference-leading Whitman in their final match of the season, something that no team from the NWC had done this year.

From the beginning of the showdown, it was clear that April 13 was not going to be the Loggers’ day, either.

For the second straight match, the Loggers dropped all three of their doubles matches, with the closest coming in third, where sophomores Josie Dow (Seattle, Wash.) and Malia Ford (Makawao, Hawaii) battled but ultimately fell to the Missionaries 8-6.

The Loggers’ lone victory came in singles, where Thompson scratched out a 6-4, 6-3 victory. Otherwise, the Loggers were dominated by the best team in the conference, and their postseason fate was left in the hands of their rivals.

Unfortunately for the Loggers, however, Whitworth beat Pacific Lutheran 9-0, placing the Loggers in a three-way tie for the final playoff spots.

With their fate left up to an tiebreaker, the Loggers came up short, ending up as the odd man out in the NWC Tournament.

Despite the heartbreaking end, however, the Loggers had a season to be proud of, as the tone was set by the 10-game winning streak that allowed the Loggers to even think about the postseason.

Moreover, the team should be in good position going forward. Only one player, senior Maddie Thiesse (Chanhassen, Minn.) will graduate after the season.

With almost exactly the same team returning with a year of extra experience, the Loggers seem to be in good position to come back next season even better than ever. 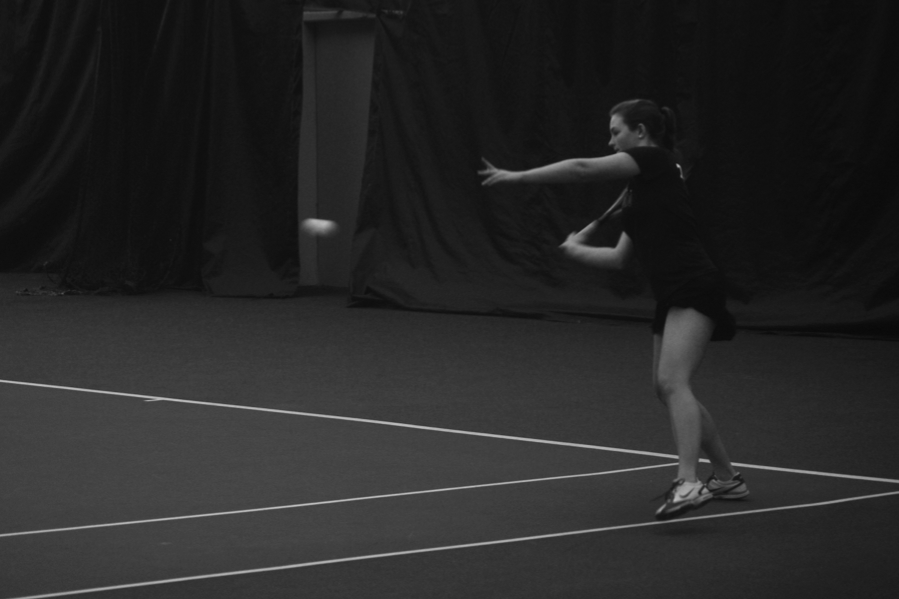