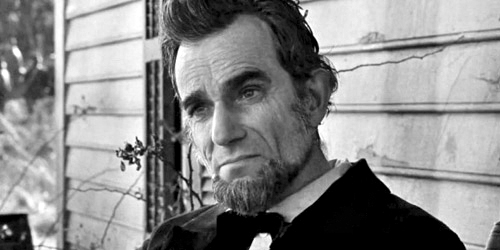 Paying for a movie at the theatre using only pennies would be an arduous process that’s likely to infuriate the other people in line. Carrying roughly 1300 pennies, while heavy and burdensome, would be quite relevant, however, if you were there to see Lincoln.
Lincoln—directed by Steven Spielburg and filled with a starred-studded cast including Daniel Day-Lewis, Sally Field, Joseph Gordon-Levitt and Tommy Lee Jones—is a film that transcends the historical genre. Unlike many of its historical film predecessors, Lincoln has managed to gain popular acclaim, also garnering industry awards. A front-runner for Best Picture at the Academy Awards—losing narrowly to Argo— Lincoln has been a huge box office hit.
Historically based movies have fared poorly in the past, partially because of their weak casting, though mostly due to the fact that it is a very difficult genre to master. The conundrum comes down to this: do they strictly adhere to actual events and doom the movie to a dull and predictable retelling, or do they take liberties to make the film more entertaining and risk telling an incorrect story? To its credit, Lincoln makes every attempt to maintain its strict historical accuracy while still providing a compelling and driving narrative.
To be able to portray the figures credibly, the movie has to dress up the actors, employing muttonchops and top hats liberally. Fortunately, the historically accurate costumes were not accompanied by period style accents and prose. Knocks against historical movies are the often overbearing accents and verbose speeches used to ground the story historically, an attribute whose absence from Lincoln contributes to its success.
Not to spoil the ending of the movie, but President Lincoln dies. Shocker. The fact that the ending is known could jeopardize the interest of the viewer, but surprisingly the movie remains compelling the whole way through. If anything, the fact that President Lincoln is due to perish gives the movie drive, pushing the plot forward, racing against the inevitability of his death. Similarly, the known outcome of the passing of the 13th Amendment has the possibility of lowering the dramatic nature of the film, but Spielberg works his magic and produces a gripping tale. There are lulls at points, certainly not every scene of this two and a half hour movie is riveting; Daniel Day-Lewis, who plays President Lincoln, does a splendid job of becoming the President and mastering his idiosyncrasies, even when those characteristics are quietness and reservation.
The supporting cast is filled with big-name actors who overcome the biggest problem in casting known actors: separating the actors from their previous roles. Joseph Gordon-Levitt plays Robert Lincoln, Abraham’s son, so convincingly that it becomes easy to forget his roles in Inception and The Dark Knight Rises. No longer is he the brooding young man from 500 Days of Summer; instead, he is the president’s son.
In many ways, the film revolves around the tortured nature of Lincoln, not the chaos going on around him. This is not a movie with car chases and explosions, it is the dilemma and deliberation of the President and the nation, so as a viewer be prepared to watch heated debates. Go see this movie if you enjoy historical tales, want to see one of the best period dramas in recent memory or just if you want reason to say, “Other than that, Mrs. Lincoln, how was the movie?”
Lincoln plays Apr. 5 – 7 in Rausch Auditorium, Friday and Saturday at 8 and 10:30 p.m., Sunday 2 and 8 p.m. Tickets are $1 at the door. Campus Films presents Cult Classic Wednesdays. Come see Pulp Fiction April 10 in Rausch Auditorium at 7:30 p.m. Tickets are $1 at the door. More info: Campusfilms@ups.edu