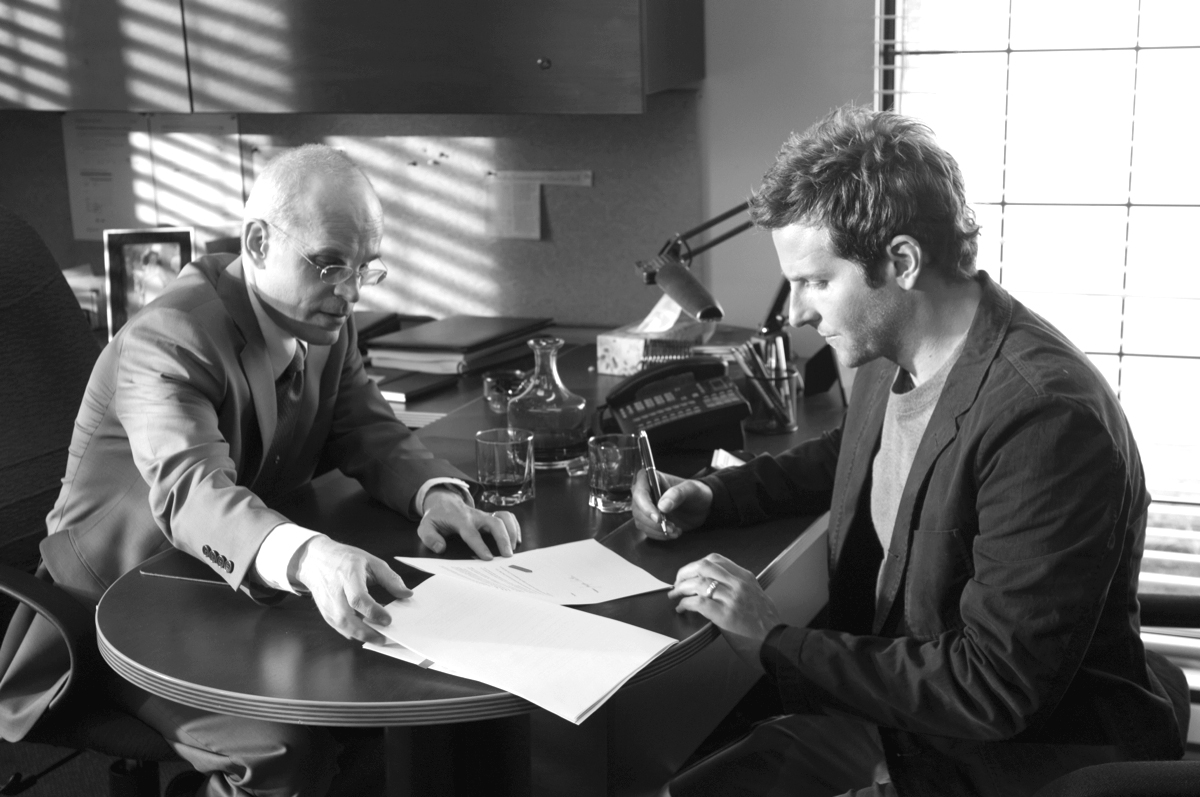 It was obvious from the get-go that this wasn’t going to be a happy film. The trailer was dark and dramatic, alluding to a lot of tension surrounding the theme for which the film is named: words.
There are three ongoing plotlines in the film that are all rounded together and tied up in a bittersweet ending that leaves the viewer pondering the importance of words and the power they wield.
The first plotline takes place near the end of World War II, in which there is a young man (played by Ben Barnes) whose name is never revealed. We find him in Paris near the end of the war sitting at a café with his friend when he is chastised by a French waitress named Celia (played by Nora Arnezeder) and falls in love with her.
The performances of the two young actors are intense and passionate. The audience follows their bittersweet romance with keen interest and a sense of pity as we watch several tragedies befall the couple, eventually leading to their bitter separation from one another.
Skip forward several decades to the near future where we meet struggling writer Rory Jansen (played by Bradley Cooper) and his girlfriend Dora (played by Zoe Saldana). It is here that we see Cooper shine as an actor.
As a young artist myself, I connected with the character of Rory as he struggles to find his identity and make a name for himself as a writer.
It’s almost heartbreaking when we see him typing up the old manuscript he comes across with the sole purpose of “wanting to know what it felt like to write such beautiful words.” It was this simple action that started off the chain of events that would inevitably lead to his downfall. The book is published at the insistence of his wife when she ‘accidentally’ reads it on his computer one day.
Dora’s character was by far the most frustrating part of the whole film. While it is obvious that she loves her husband and supports his dream wholeheartedly, she seems to do so in a condescending manner until she reads the manuscript and is shocked that he could write such beautiful words.
Throughout Rory’s storyline there is a theme of equivocation, as Rory is always vaguely answering questions concerning the book so as not to take ownership but never truly saying that he didn’t write it. While he isn’t comfortable with what he did, he is too scared to tell the truth and face the wrath of those to whom he lied.
It is only when he is confronted by an old man (played by Jeremy Irons), that he is forced to face what he let happen.
Irons’ performance is the show stealer: his and Cooper’s on-screen chemistry is electric as the old man tells his story about Celia and writing the book that Rory found and published.
The old man goes through a rapid succession of emotions, all within a very short period of time, with every scene he is in, so that you never know whether to be afraid of this man or to pity him. Truthfully, it is his performance that makes this movie worth watching.
Finally, we have one last storyline, that of Clay Hammond and Daniella. Clay is an author doing a reading of his latest book titled The Words to a group of people. Clay is, in fact, telling the entire story of Rory and the young man and all of their woes.
While this is occurring, his attention is drawn to a young woman by the name of Daniella (played by Olivia Wilde) who has a fixation on Clay that is borderline obsessive. She and Clay go to his apartment after the reading where she persuades Clay to tell her the rest of the story. It is hinted to the audience at this point that Rory’s story is biographical to Clay’s life.
The connecting idea of these three characters is simple: They loved words more than they loved anything else, and that is what brought on their downfalls.
The young man grows bitter, Rory remains famous yet burdened with guilt and loses Dora, and Clay lives alone with only his work to keep him going.
For those who like drama that is layered and riddled with twists, they will enjoy this film as much as I did.
PHOTO COURTESY / THEWORDSMOVIE.COM