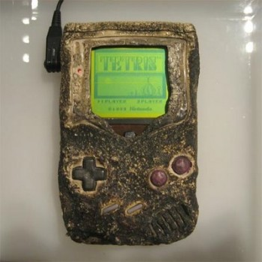 When Nintendo cut the price of the 3DS by 32 percent last July, just four months after the console’s release and lukewarm reception, some felt ready to proclaim dedicated handheld gaming dead and name the smartphone as killer.

Nintendo has survived a number of misled technological gambles—released in 1995, the Virtual Boy was pulled from shelves in under a year—so many were quick to assert that the 3D experiment was just another hiccup in an otherwise unflagging success story.

Since the 2011 price cut, Nintendo’s sales numbers have vindicated the faithful: Nintendo announced that as of the anniversary of its release, March 27, the 3DS had sold over 4.5 million units, outperforming the first year of the original DS by a margin of 2.2 million, Joystiq reported.

Also making a splash is the PlayStation Vita, Sony Computer Entertainment’s latest venture into the handheld world and successor of the PlayStation Portable. The console made a strong showing upon its release in February, selling 620,000 units in the US, Europe and Australia in just two weeks, Forbes reported.

But despite ambitious marketing and a promising takeoff, sales of the Vita have languished, particularly in Japan. These days weekly the Vita’s sales lag behind those of its seven-year-old predecessor, the PSP.

Why has Sony (thus far) failed where Nintendo succeeded?

Moreover, how has Nintendo managed to prove wrong all the doomsday naysayers who predicted the imminent irrelevance of handheld consoles in the face of smartphone gaming?

It’s easy to get caught up in all the doom and gloom of sweeping questions: the most level-headed approach might be a closer look at the games themselves.

In classic form, Nintendo’s 3DS has made the majority of its profits with a veteran cadre of familiar faces. Mario Kart 7, Super Mario 3D Land, and Legend of Zelda: Ocarina of Time 3D have dominated software sales in a testament to the enduring appeal of Nintendo’s usual suspects.

Kid Icarus: Uprising is technically just one more revitalized franchise, but it stands out in its satisfying technical innovation, straight from the mind of Masahiro Sakurai, creator of the classic Super Smash Brothers. The appeal of its gameplay has apparently overridden widespread annoyance with the game’s controls, which were so uncomfortable as to drive Nintendo to ship a specialized 3DS stand along with the game.

Games like Icarus complicate the standard explanation for Nintendo’s persistent prosperity, namely its hulking brand-name presence—Icarus proves that while Nintendo might lean a little too heavily on tried-and-true characters, they’ve still got enough mechanical know-how to make good on promises of progress.

That “keep it fresh” mindset is vital to any handheld looking to challenge the ever-growing smartphone/tablet market.

Dedicated handhelds find themselves in a strangely twisted position: whereas their appeal was once solely derived from their convenience and portability, they now find that appeal has been wrested from their fingers by the ubiquity of smartphones.

As such, their trump card has become superior, game-dedicated hardware.

Whereas Game Boys were defined by their simplified technology for the sake of convenience, the Vita and 3DS must play up their technical superiority to smartphones and tablets to maintain relevance, all while maintaining the “pick up and play” philosophy that sets handhelds apart from consoles—it is, in short, an incredibly difficult line to walk.

In the end, the popularity of individual games will spell out success or defeat for dedicated handhelds. Successful games for smartphones have emphasized approachability (Angry Birds) whereas the titles that convince players to buy a DS have stressed narrative depth and mechanical complexity, merits impossible to achieve on simpler devices—games like Icarus, Pokemon Black/White, Advance Wars:Dual Strike and The World Ends With You.

Improving technology might narrow the gap between smartphones and handhelds, and that could very well endanger the latter’s relevance. But if dedicated devices hold on to their technical dominance, and if games like Icarus continue to highlight that superiority, there’s no reason they couldn’t carve out a unique space between smartphones and consoles—if handhelds survive, it will fascinating to see just where they end up fitting in.