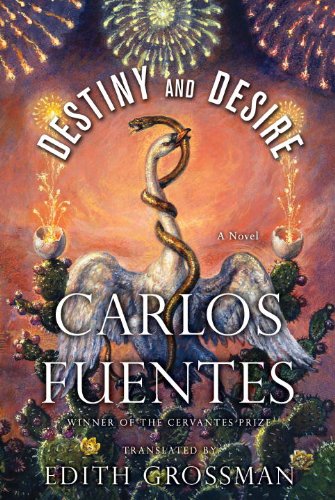 Although perhaps known primarily for his written works, Fuentes has many more feathers in his cap. He is a diplomat and activist who often delved into the political issues he faced through his writing.

At the beginning of the lecture, University of Puget Sound President Ronald Thomas introduced Fuentes in his customary endearing and personal manner. He described Fuentes’s literary and political background and mentioned the fact that Fuentes only wrote in Spanish. Thomas referenced an interview in which Fuentes was asked why he never wrote in English.

“I very soon came to realize that the English language did not need one more writer,” Fuentes said.

Thomas referred to Fuentes as a man of letters, a diplomat and a “vibrant participant in the historical process.”

After Thomas’s introduction, Fuentes was welcomed to the podium by the audience with a very long and exuberant applause.

“Thank you for reviving my legal personality,” Fuentes said.

After a few humble thanks and introductions, Fuentes began revealing his intent for the direction of the lecture. Fuentes desired to draw a parallel between law and literature. As he described his life as a young man, he was privileged to be on a path to a future of careers.

“Everything was set for me to become a writer,” Fuentes said, commenting on his childhood experiences.

Then Fuentes was confronted with the expectations of his family. While they encouraged his literary tendencies, they asked that he attend law school as well.

Fuentes was especially humorous in his descriptions of his time at law school. He was quick to admit that he took literary inspiration for granted at times.

“Literature was divinely inspired. All I had to do was sit at my table and wait for the angels to descend on me,” Fuentes said glibly.

After a few dry comments, Fuentes went on to discuss his education of law in a more serious matter, and then began to discuss Mexico’s history of revolutions and dictatorship.

Fuentes described Mexico’s development and revolution as a simultaneous civilizing and de-civilizing that was weighted by the loss of one million people.

After a brief political discourse, Fuentes wrapped up his prepared portion of the lecture, calling to mind yet again the pairings of law and literature, as well as what the concept of was real and what was imaginary.

During the question-and-answer portion of the evening, Fuentes revealed his sassier, brighter self.

The majority of the questions posed were of a political nature. By the end of his question and answer session, Fuentes summed up most of his answers into one response.

“We [Mexico] have huge problems and little candidates,” Fuentes said.

Fuentes’ lecture was well attended and well received, especially by the end when he shone in his answers to the audience’s questions.

Fuentes is a quiet, understated and incredibly impressive man who seems to still be on the path to doing great things.