Halloween is right around the corner and the entire campus is talking about the same thing: the newfound celebrity of Ted Bundy’s ghost.

Since his first appearance in the Schiff basement a few weeks ago, he has earned the nickname “Teddy the Friendly Ghost.”

“I know he killed a lot of people when he was alive, but it seems like he’s cooled down a bit since dying. He’s become a great friend,”  senior Melissa Andrews said.

“It’s actually kind of cute,” Andrews added. “He’ll try to hug people and give them massages, usually while walking you home from the bar. Only if you’re alone, though.”

Since the appearance of Bundy’s ghost, the women of the campus community have labeled him “BDFF” or “Best Dead Friend Forever.”

Surprisingly enough, the only person who takes issue with this name is Ted Bundy himself. In a series of interviews via Ouija board, Mr. Bundy revealed that his new label as “Teddy the Friendly Ghost” was not his preferred choice.

Bundy’s ghost is not just popular with girls, but with guys as well. “He’s a crazy guy to party with, especially if there are girls dancing,” said junior Kyle Verklin at an off-campus party that was shut down for noise complaints and paranormal activity.

“T-Bundy can tear the dance floor up! Something about seeing those girls bump and grind made him go crazy. Hands down the best thing I have ever seen at a UPS party.”

Based on this episode at the party, Bundy has found a way to further cement his legacy at Puget Sound: having a dance named after him. “The Bundy” involves one dancer ineffectually wrapping his or her hands around another’s neck while grinding to the music.

Some would consider having their own dance the highest of honors, but Teddy the Friendly Ghost seems to have a ‘big fish in a small pond’ attittude.

When asked what he plans to do for the rest of eternity, Bundy’s ghost talked about his plans to go to Wisconsin and try to team up with Jeffrey Dahmer’s ghost, who has apparently breached the metaphysical border between the spirit world and the physical one. 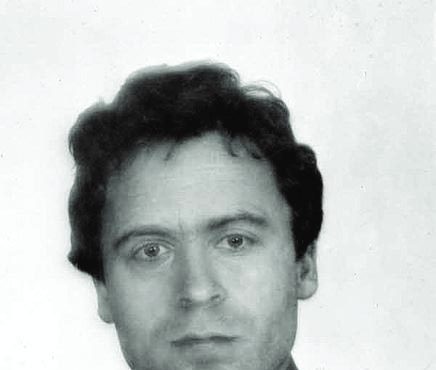